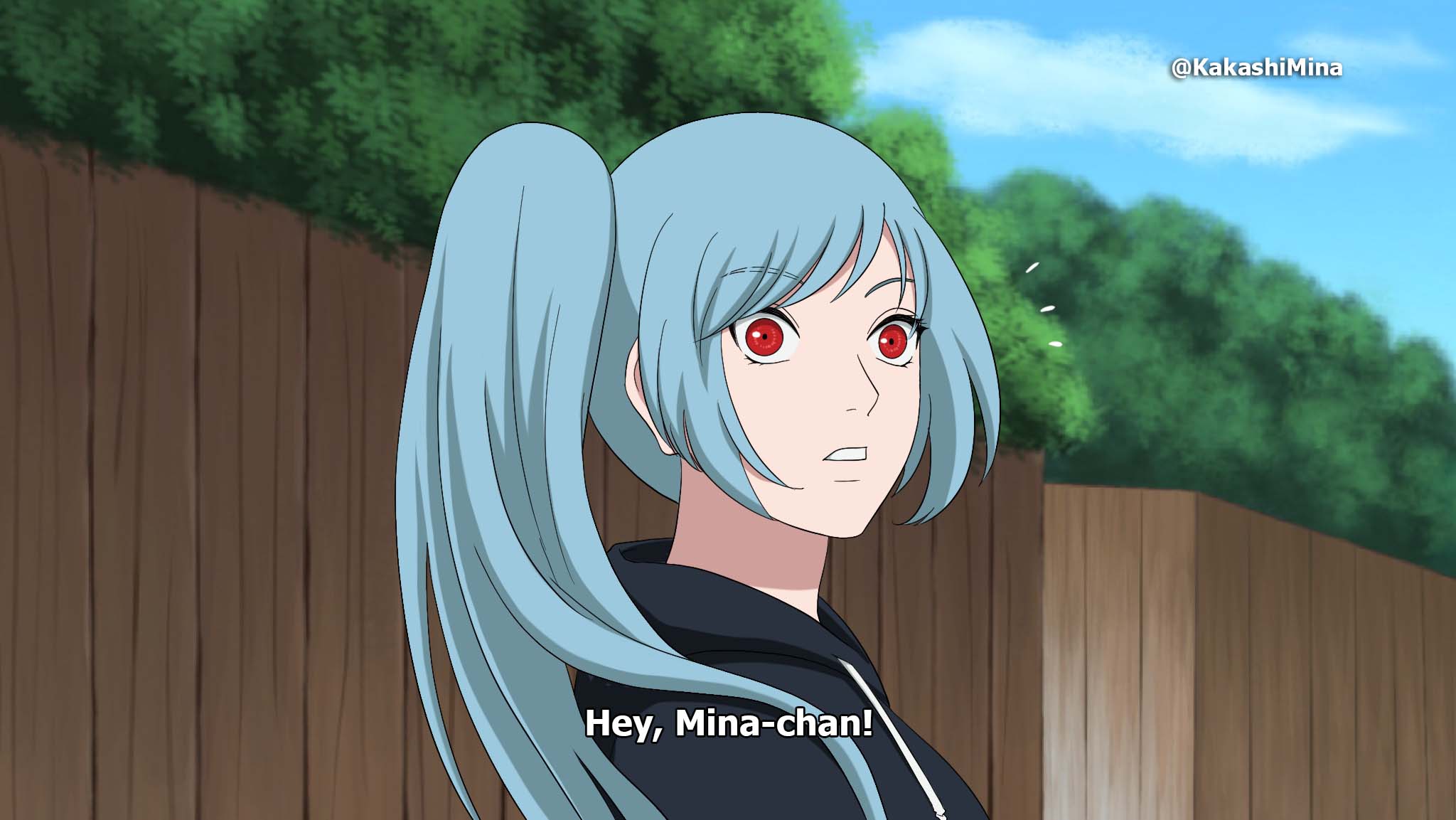 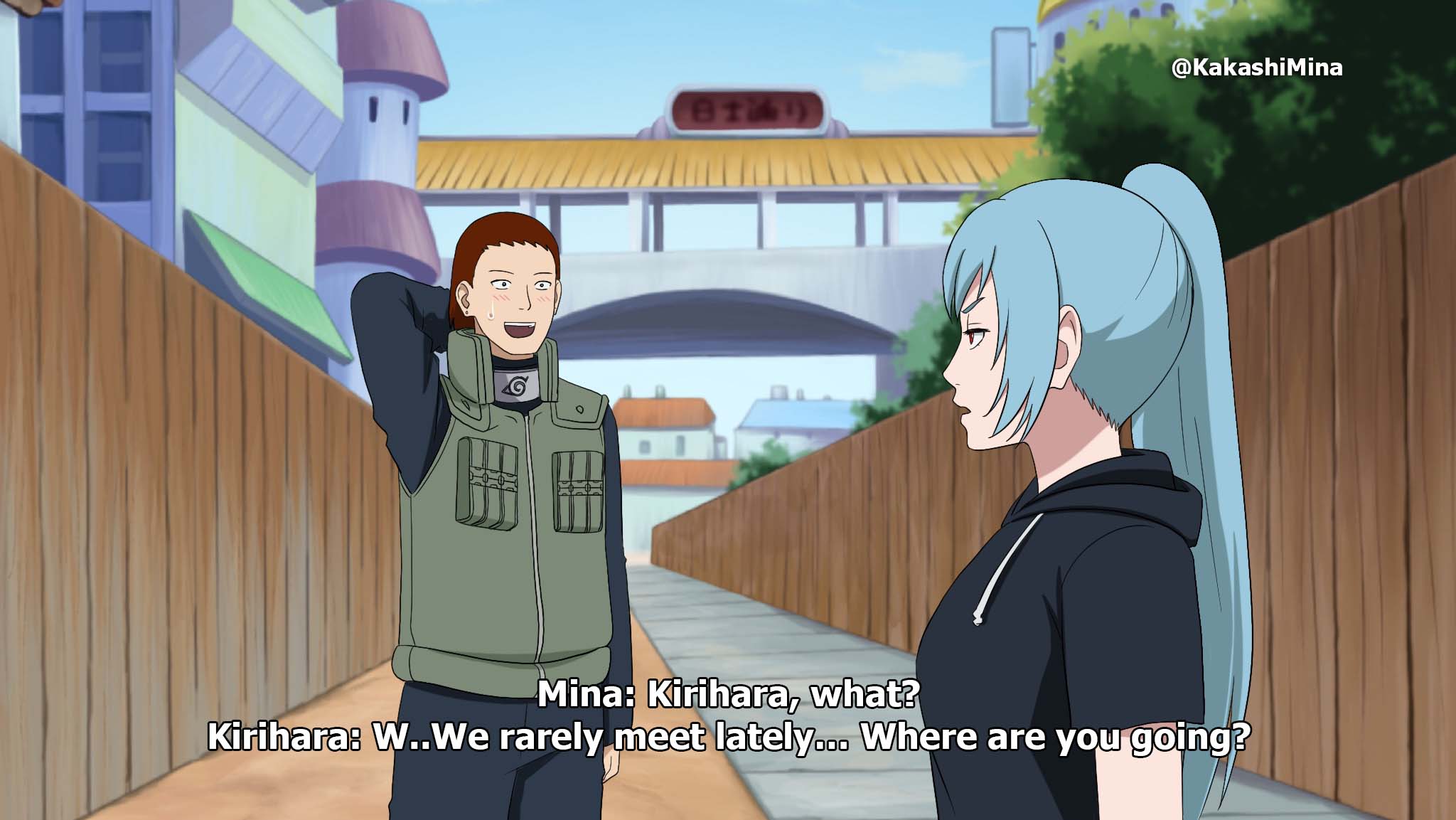 Kirihara: W..We rarely meet lately… Where are you going? 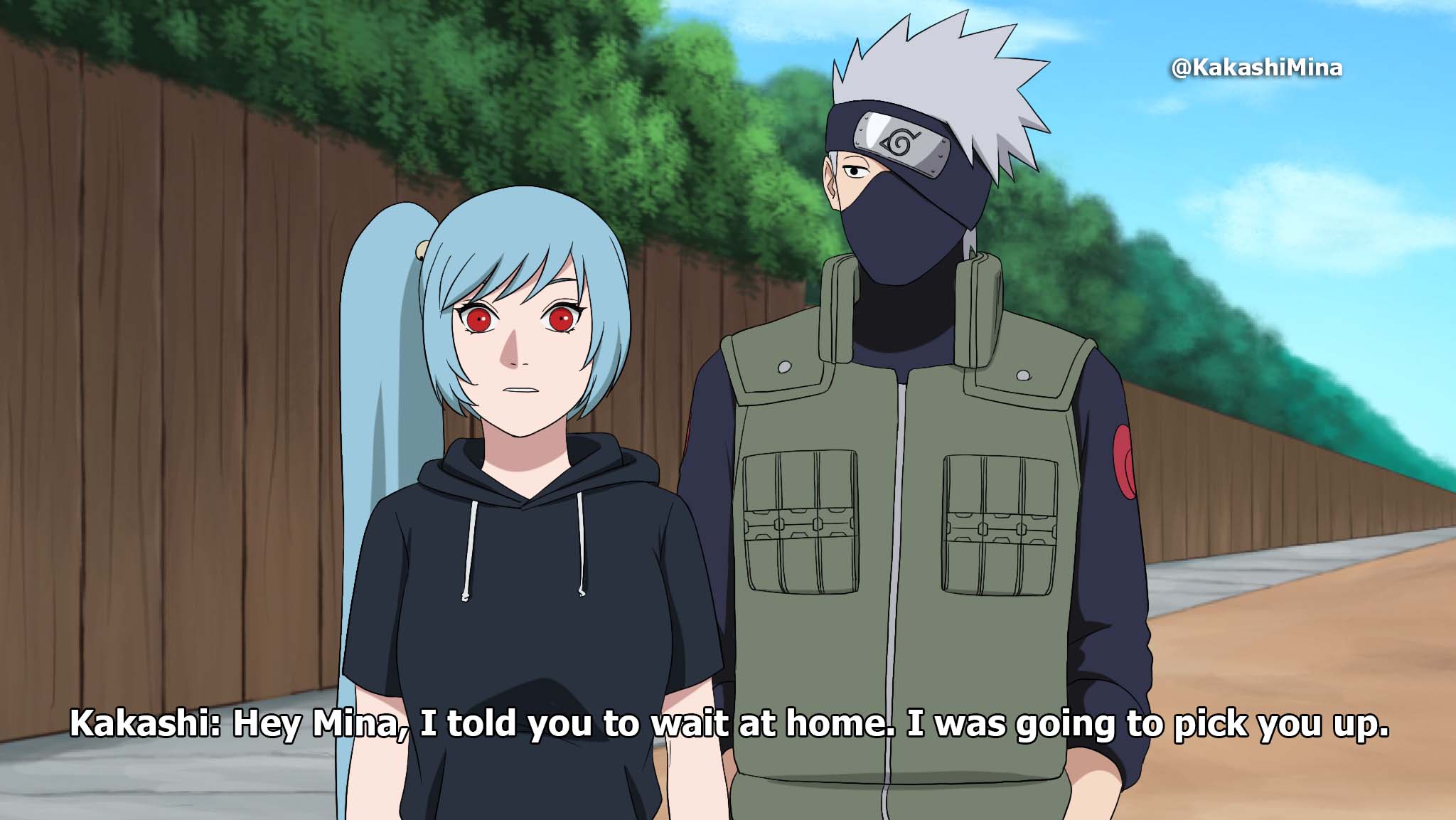 Kakashi: Hey Mina, I told you to wait at home. I was going to pick you up. 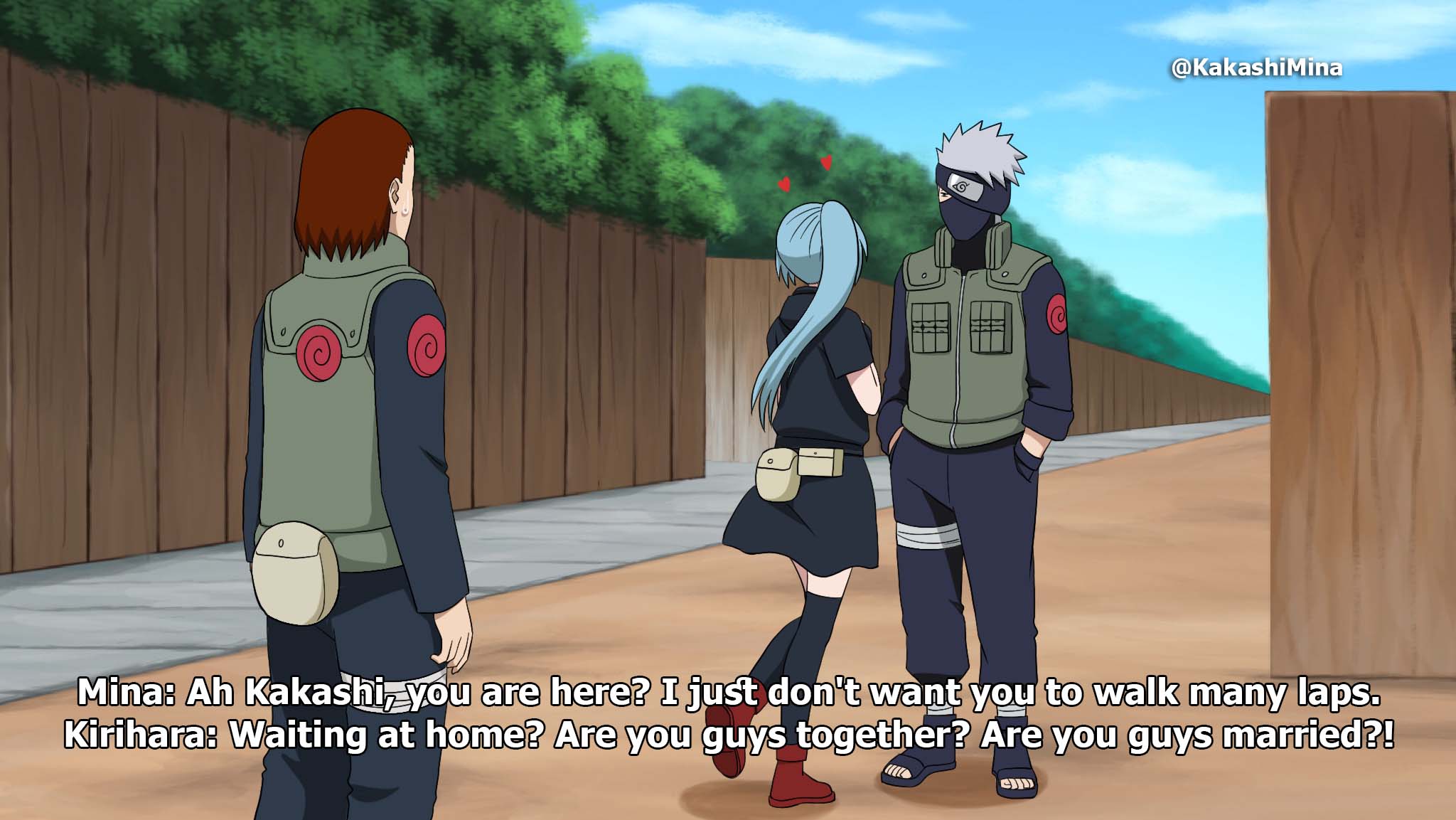 Mina: Ah Kakashi, you are here? I just don’t want you to walk many laps. 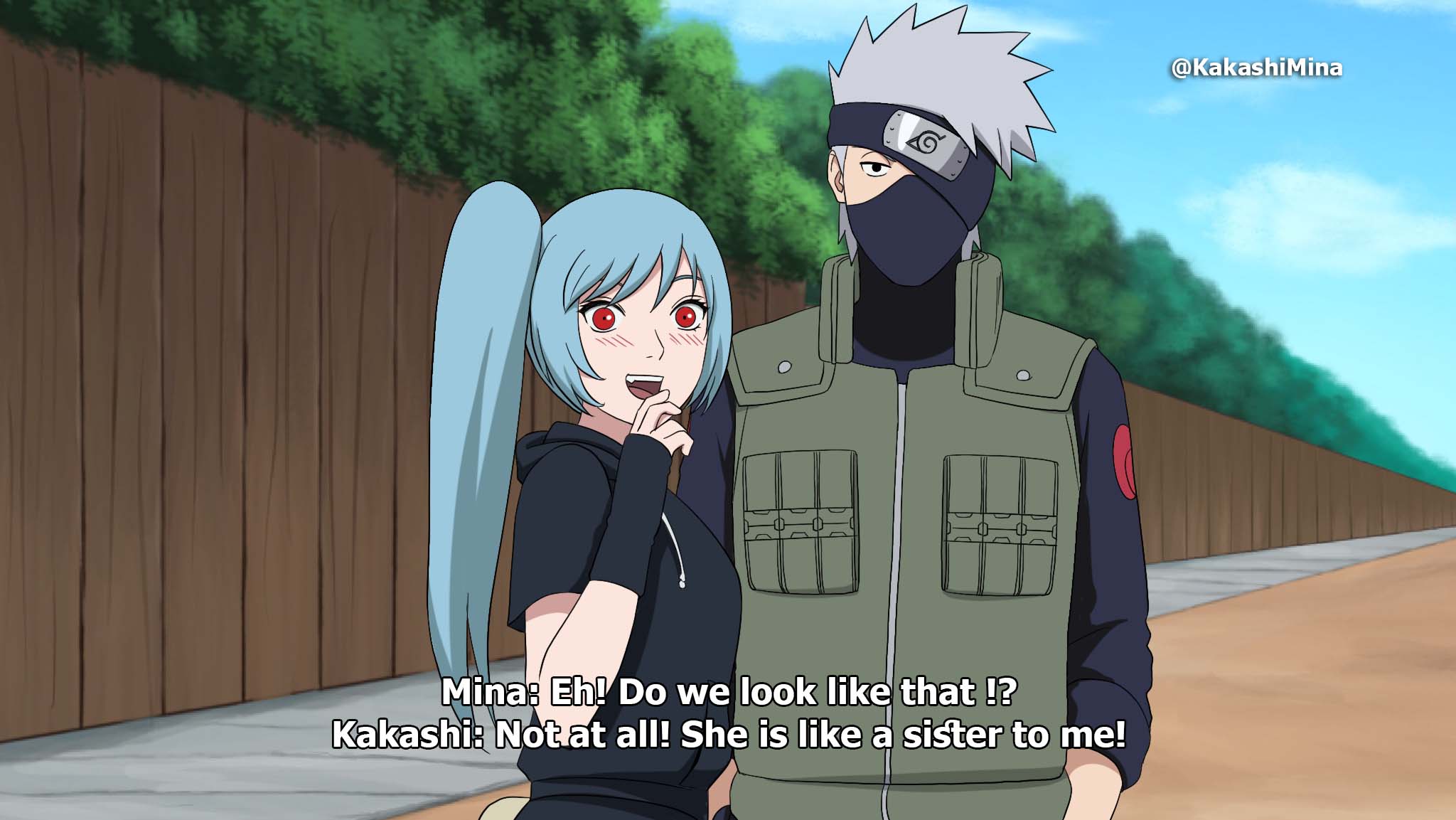 Kakashi: Not at all! She is like a sister to me! 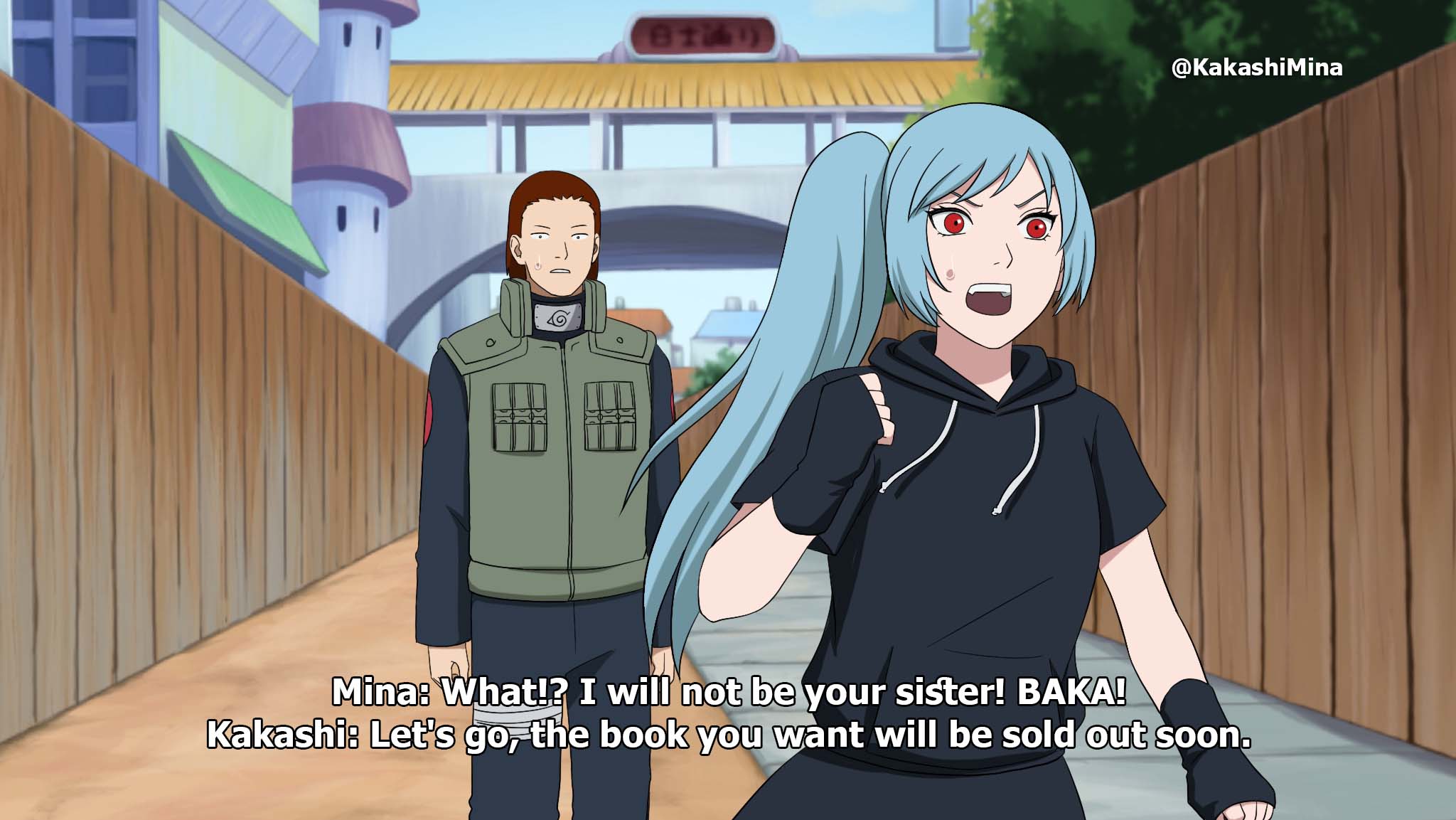 Mina: What!? I will not be your sister! BAKA!

Kakashi: Let’s go, the book you want will be sold out soon. 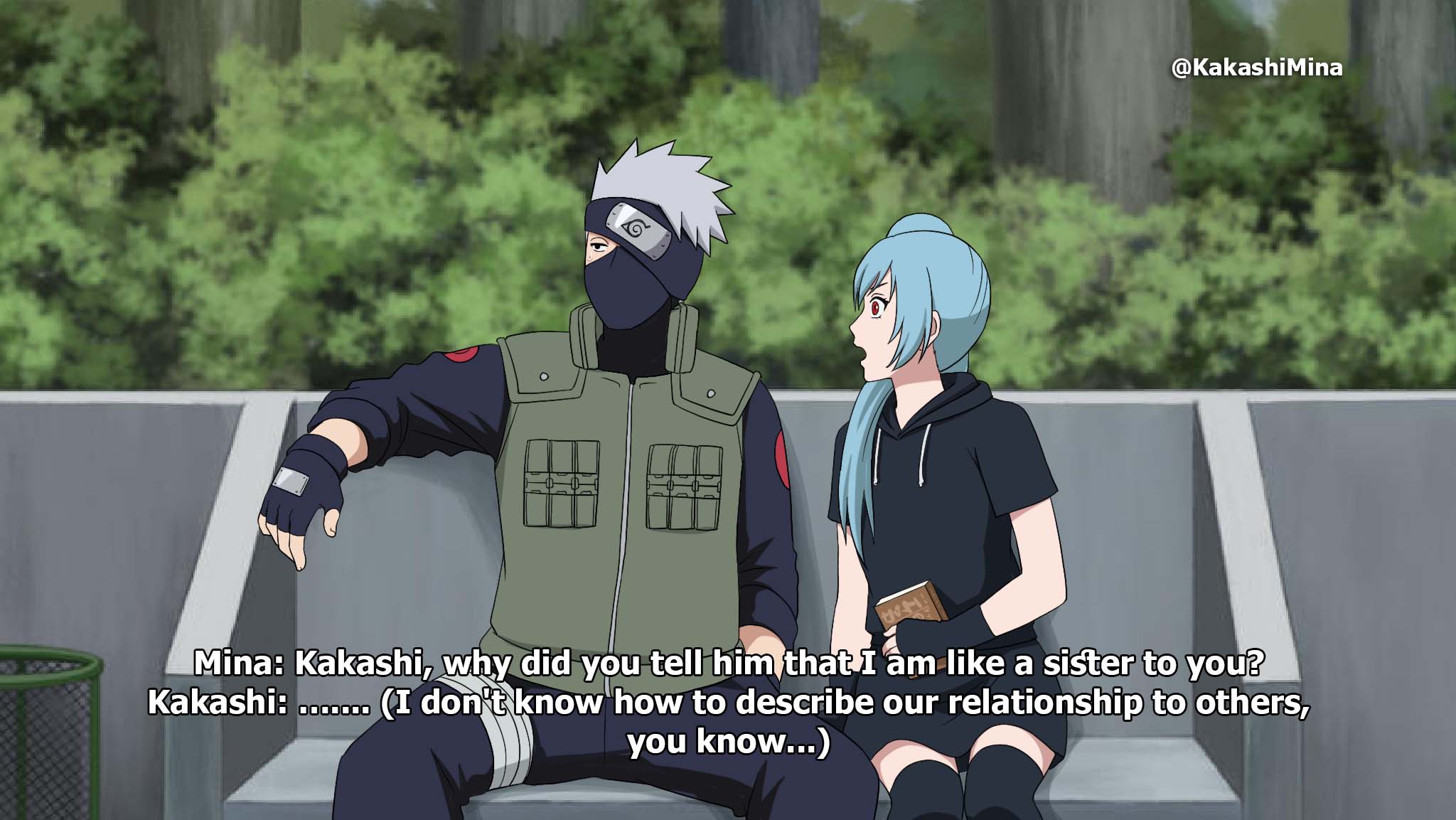 Mina: Kakashi, why did you tell him that I am like a sister to you?

Kakashi: ……. (I don’t know how to describe our relationship to others, you know…) 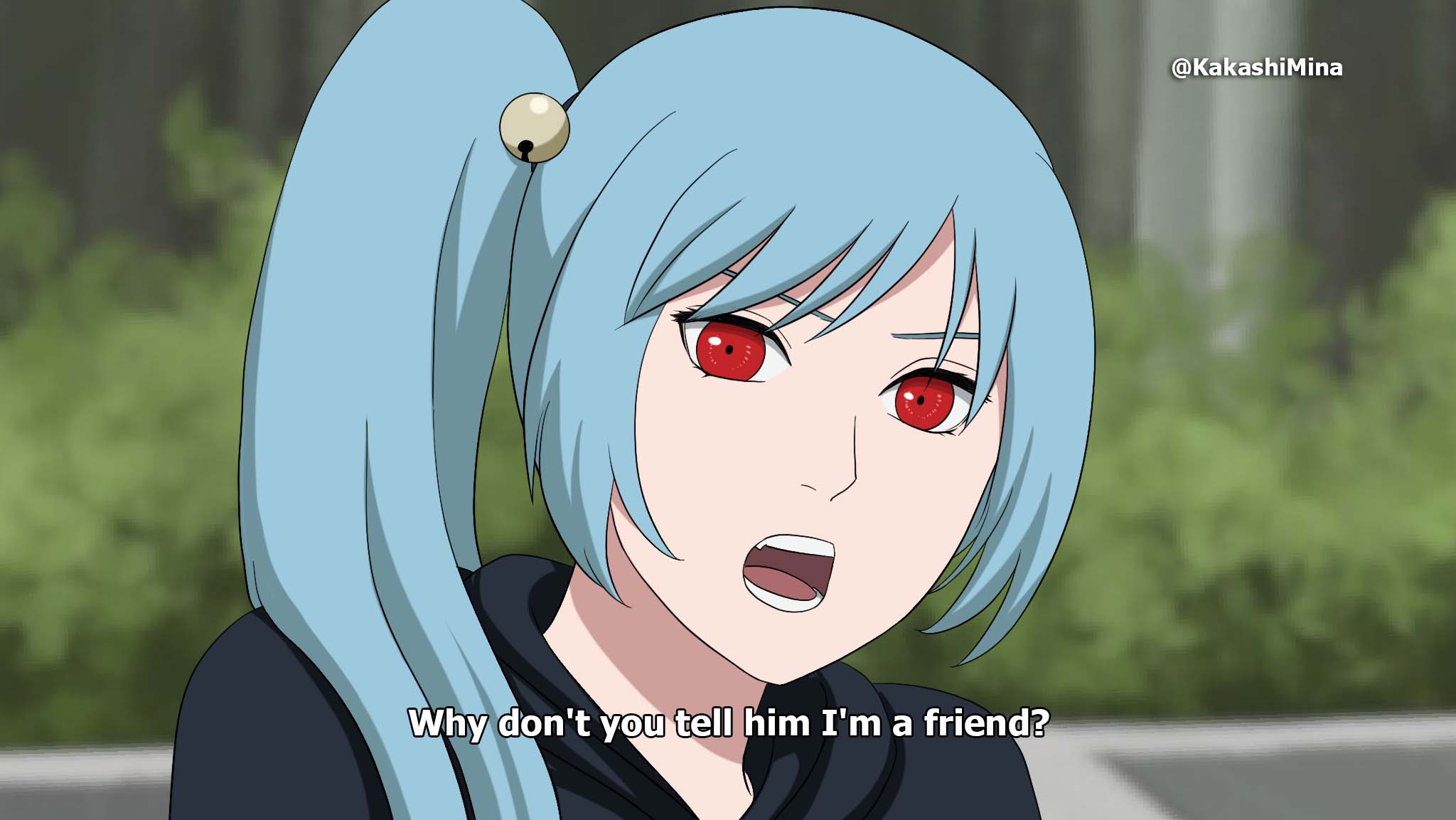 Why don’t you tell him I’m a friend? 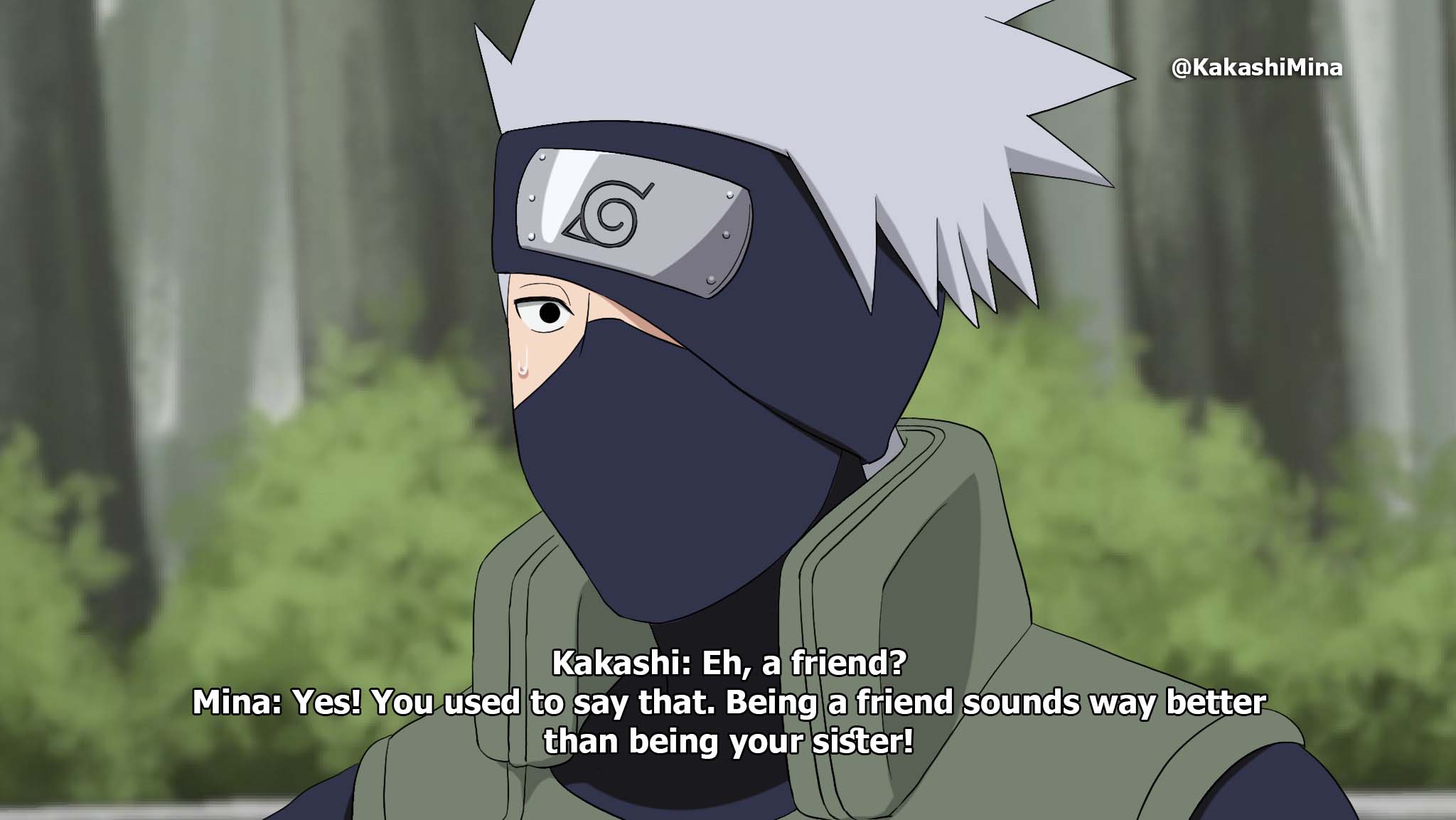 Mina: Yes! You used to say that. Being a friend sounds way better than being your sister! 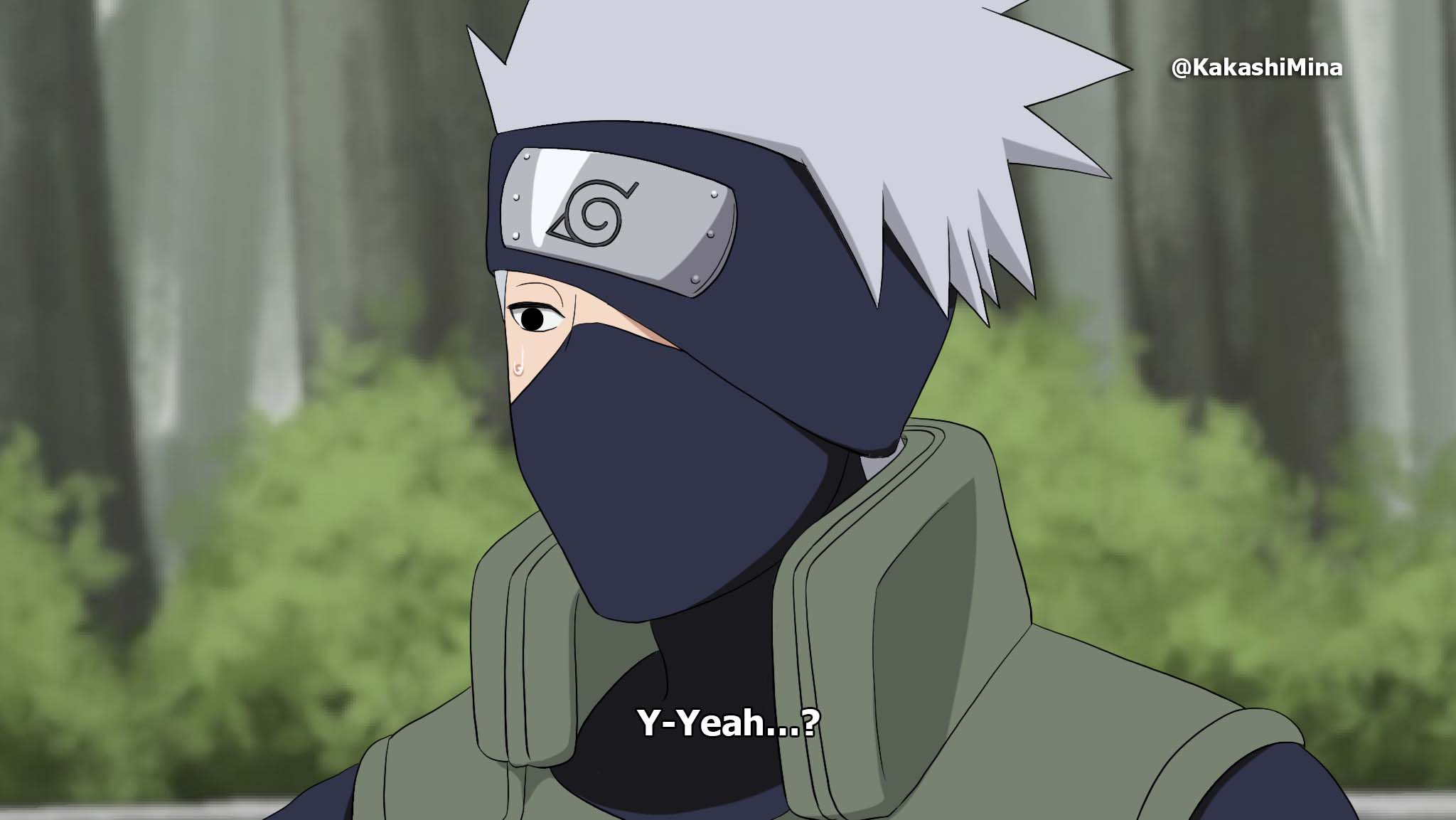 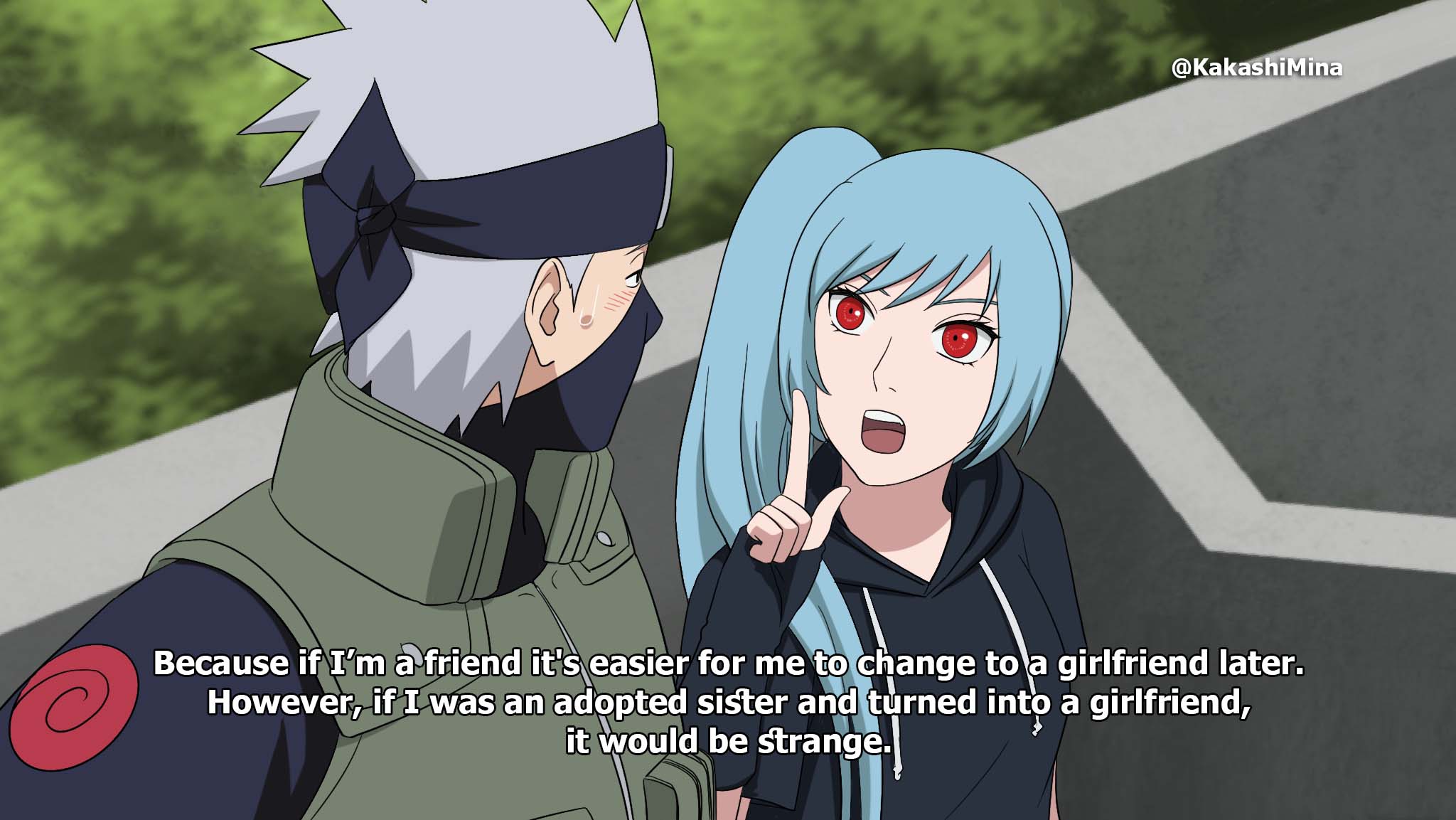 Because if I’m a friend it’s easier for me to change to a girlfriend later.  However, if I was an adopted sister and turned into a girlfriend, it would be strange. 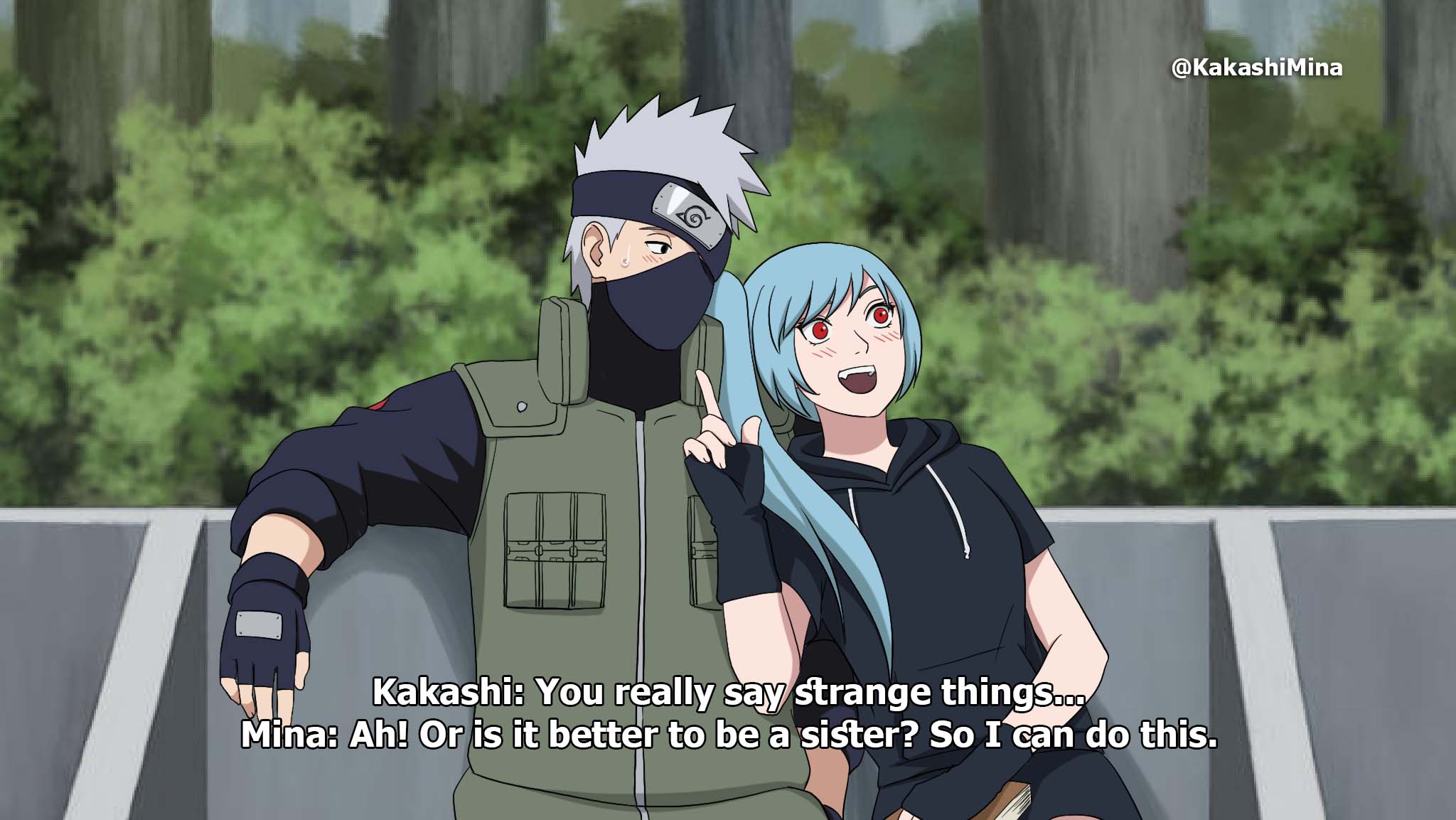 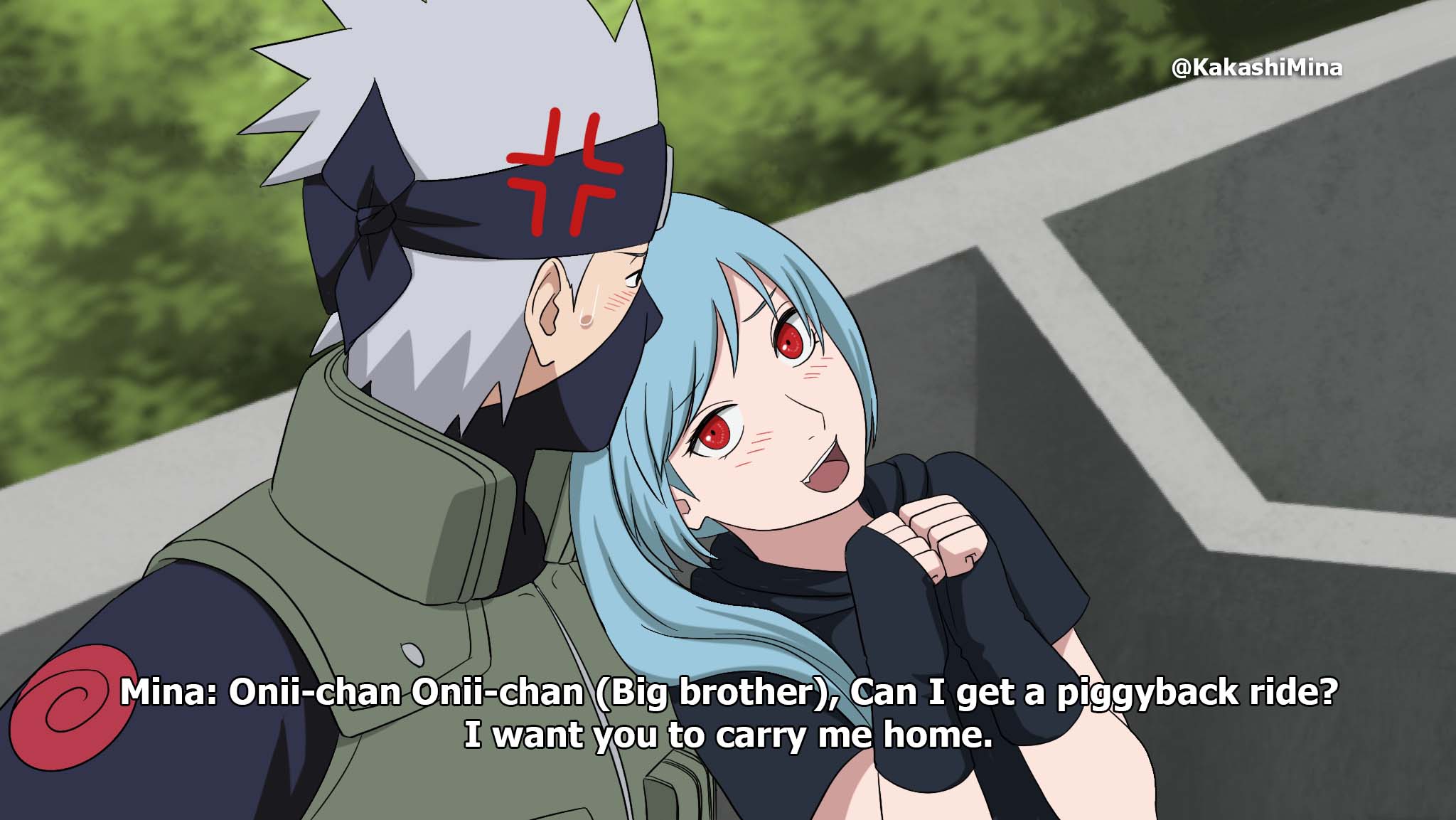 Mina: Onii-chan Onii-chan (Big brother), Can I get a piggyback ride? I want you to carry me home. 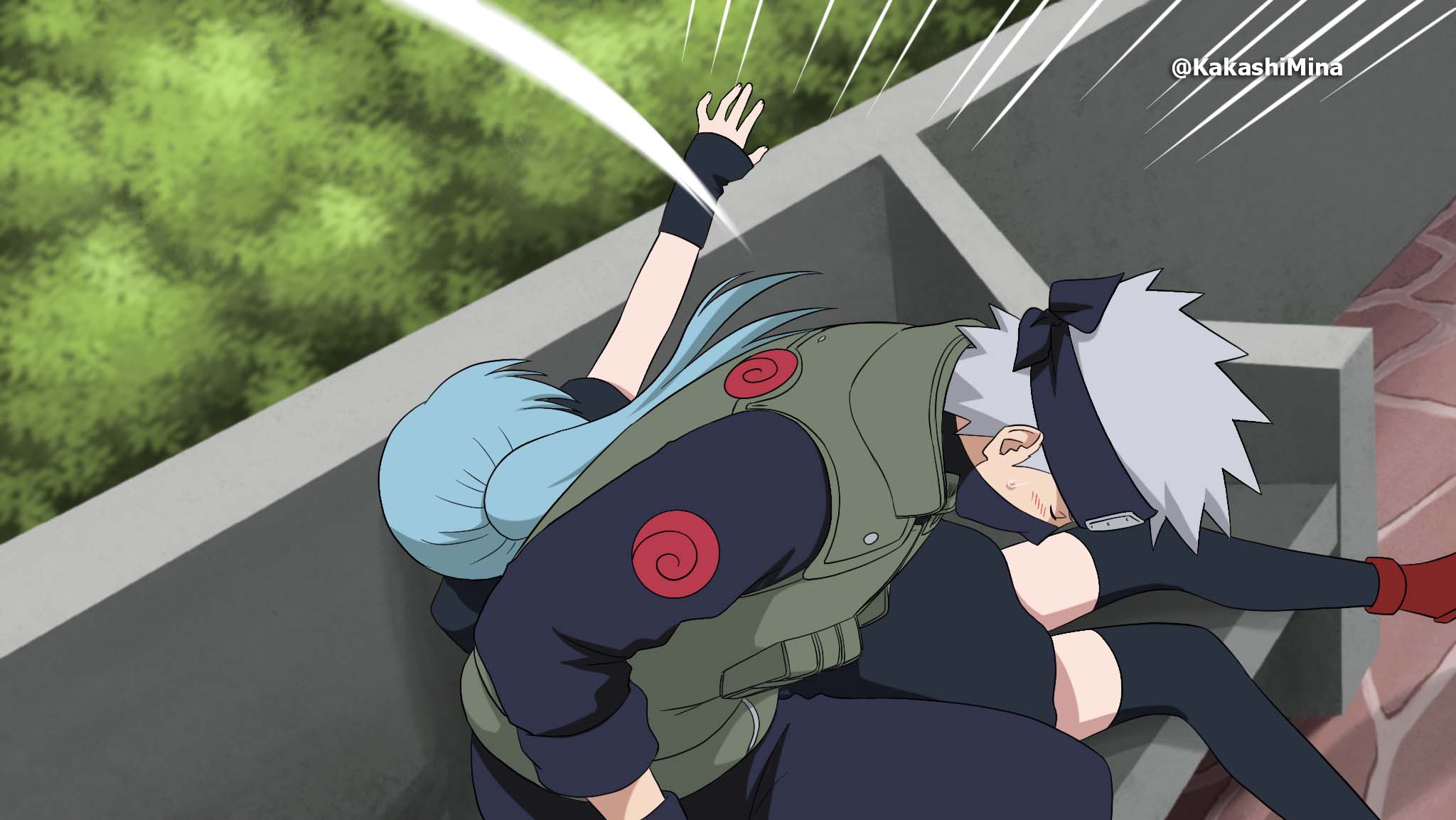 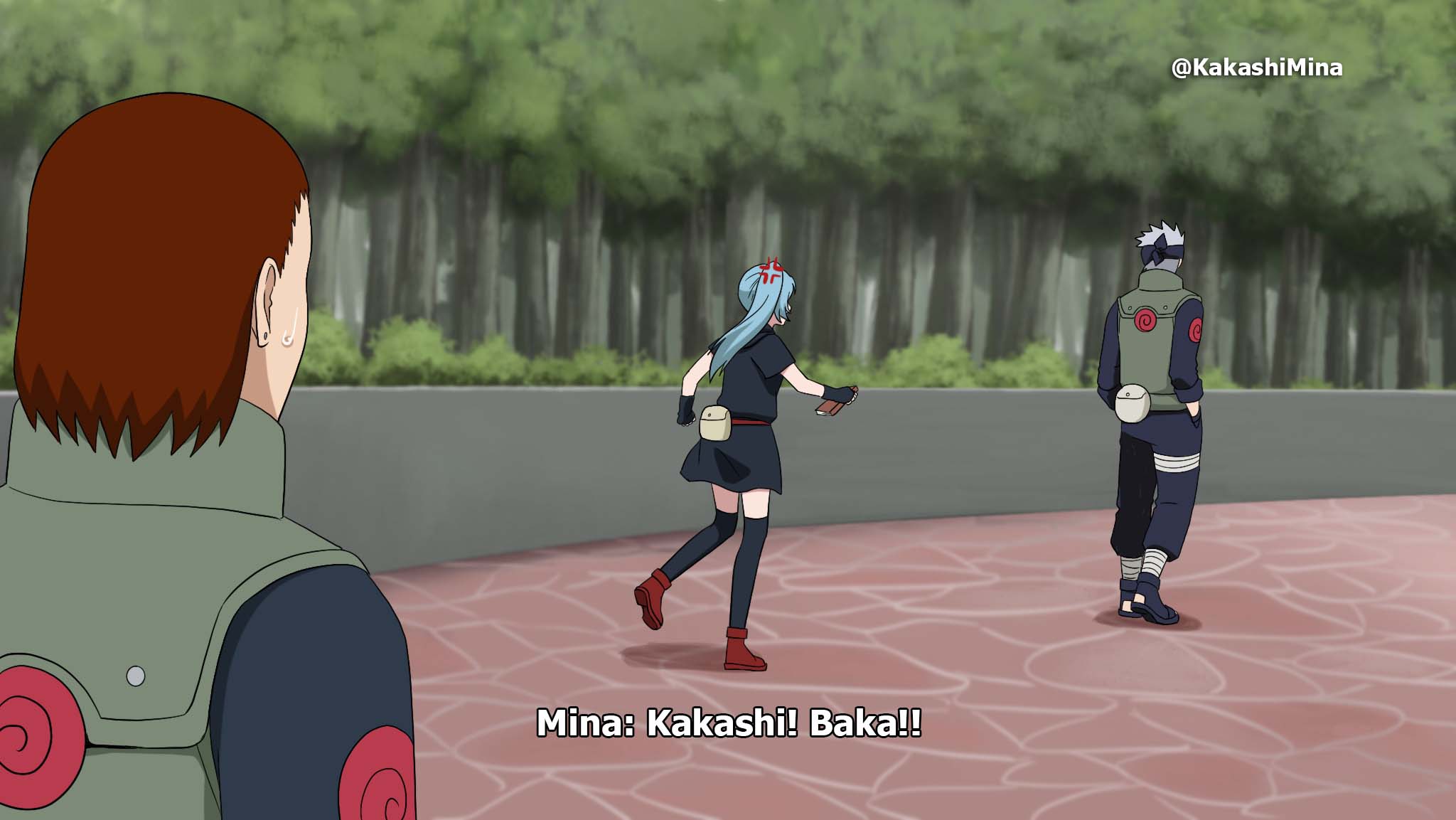 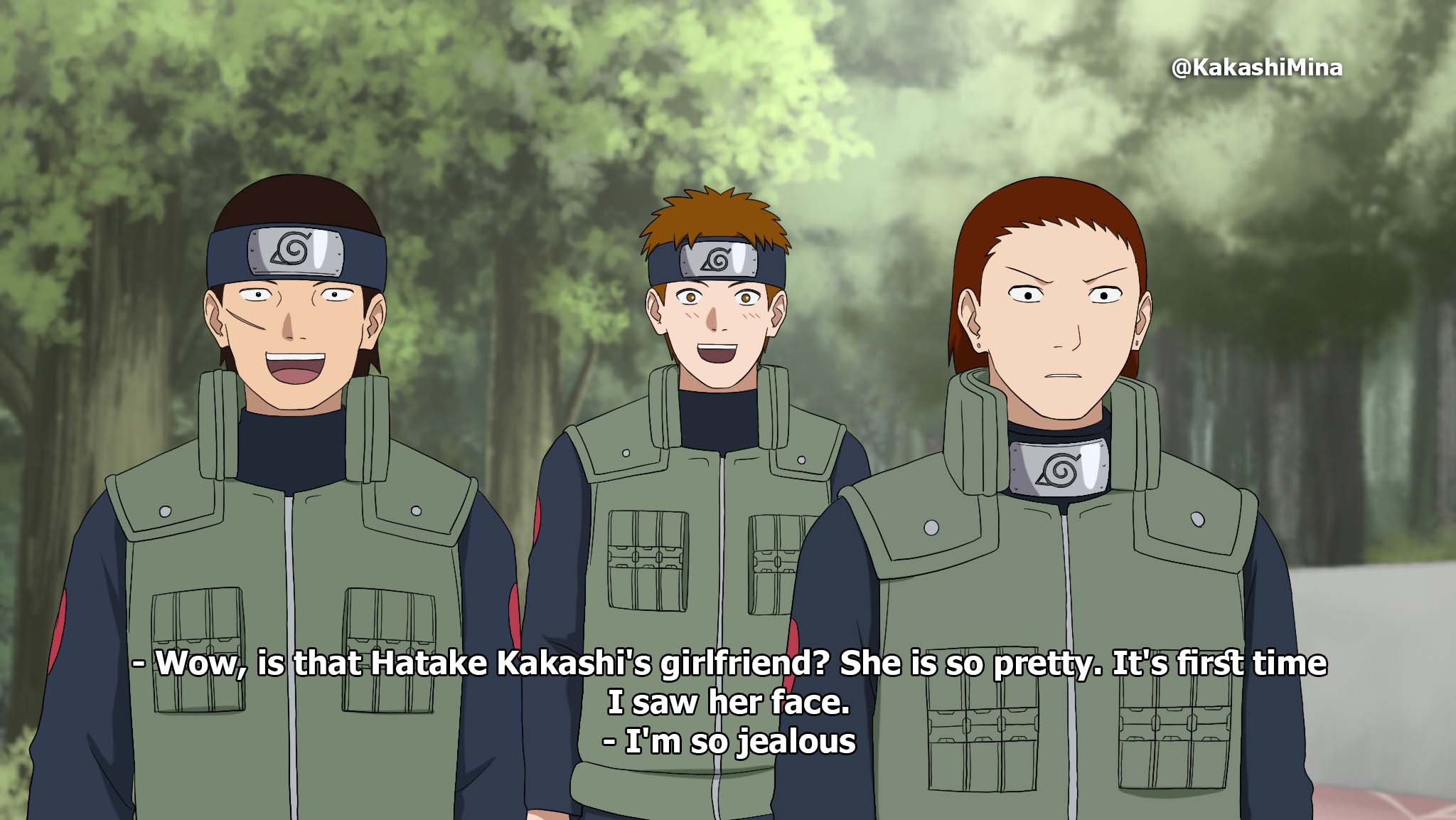 – Wow, is that Hatake Kakashi’s girlfriend? She is so pretty. It’s first time I saw her face. 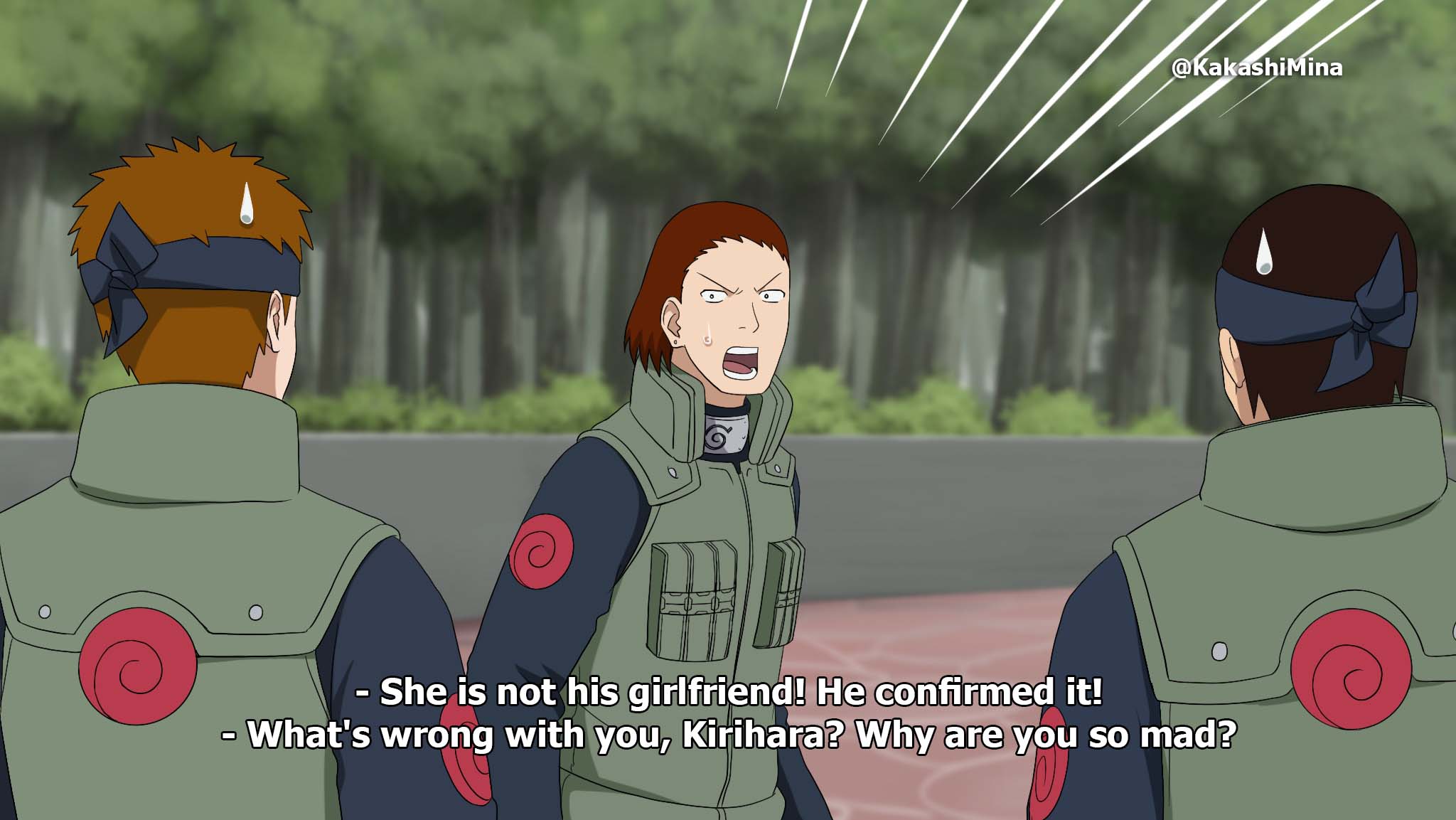 – She is not his girlfriend! He confirmed it!

– What’s wrong with you, Kirihara? Why are you so mad? 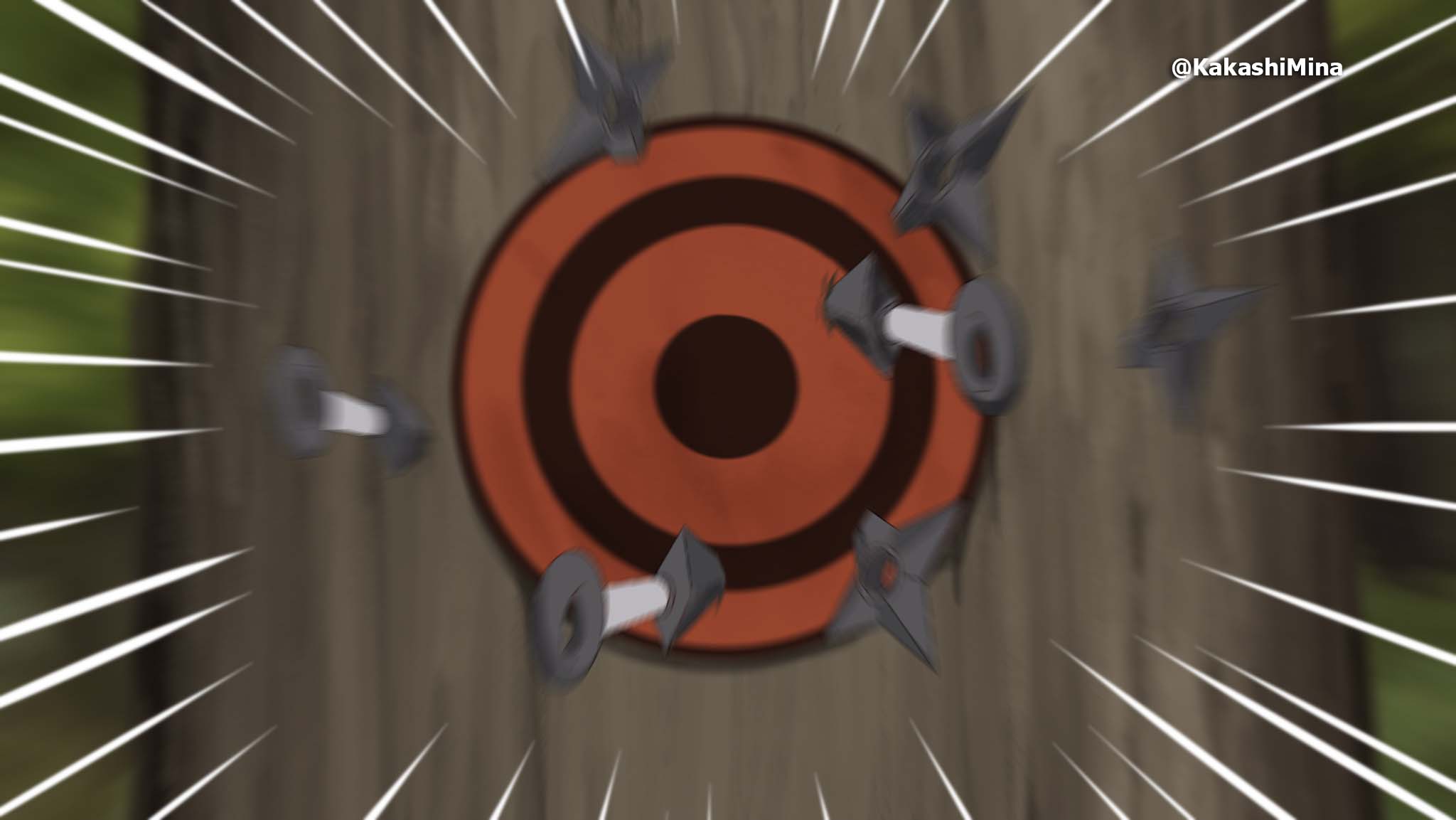 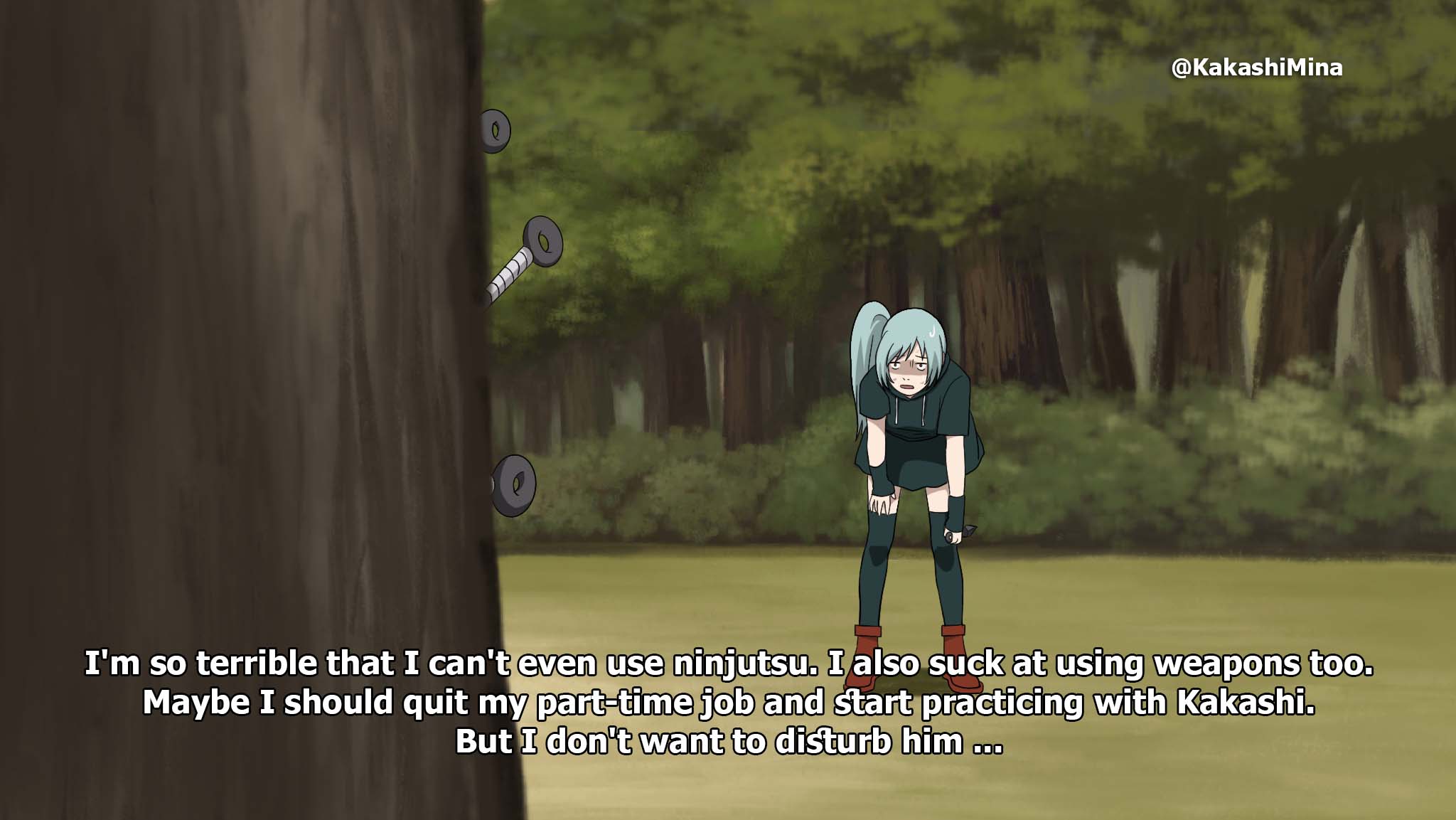 I’m so terrible that I can’t even use ninjutsu. I also suck at using weapons too. Maybe I should quit my part-time job and start practicing with Kakashi. But I don’t want to disturb him … 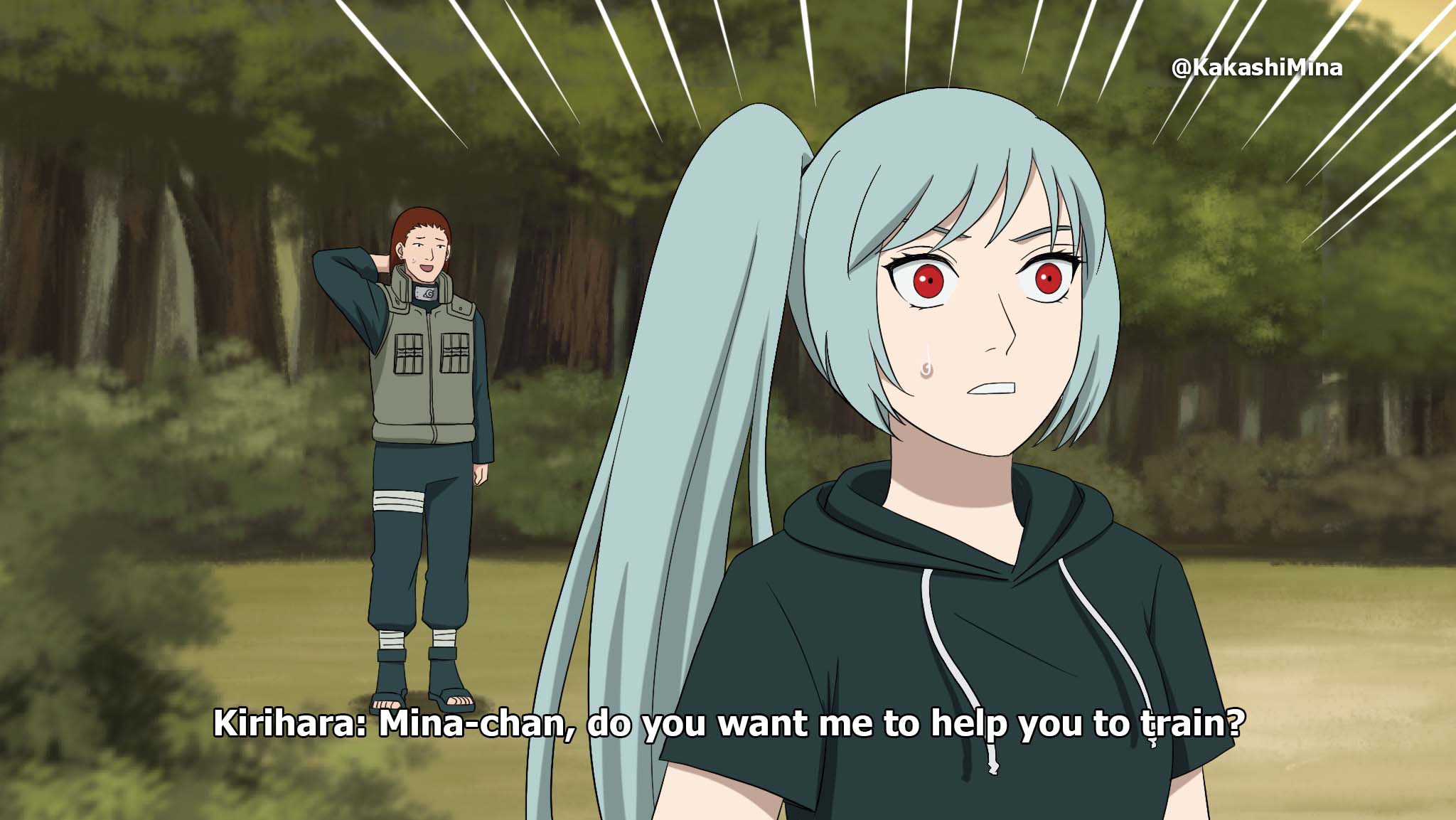 Kirihara: Mina-chan, do you want me to help you to train? 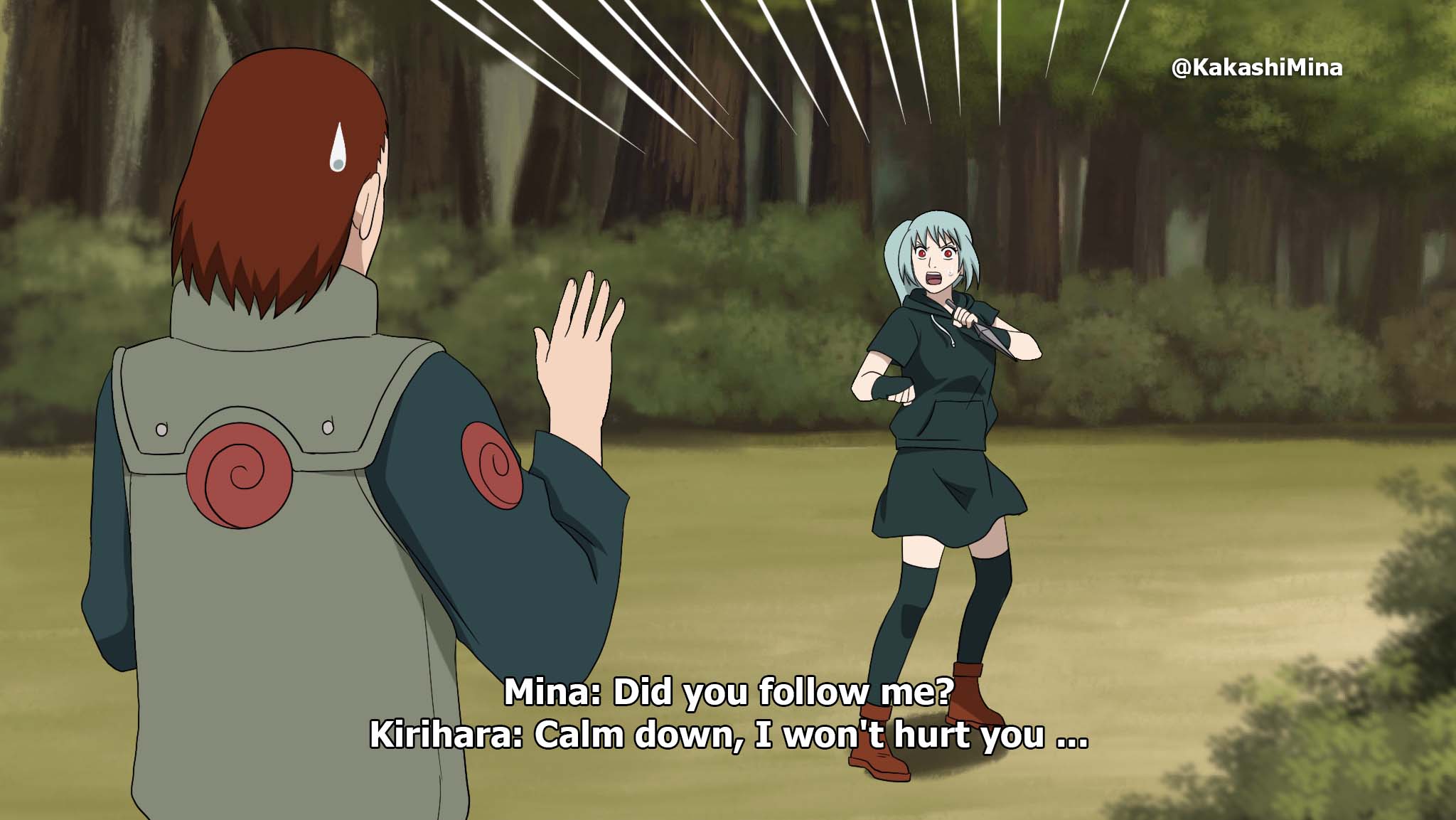 Kirihara: Calm down, I won’t hurt you … 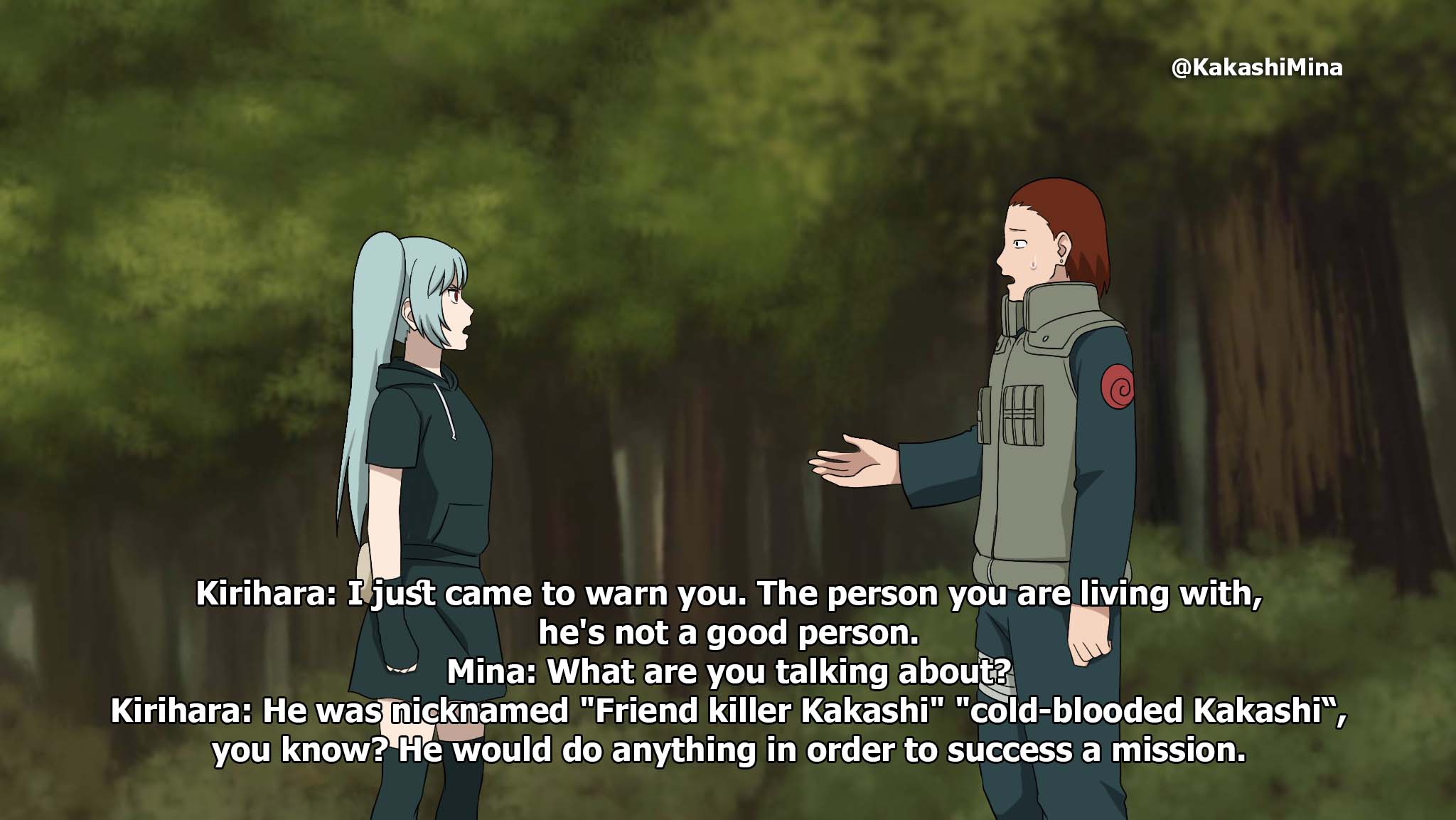 Kirihara: I just came to warn you. The person you are living with, he’s not a good person.

Mina: What are you talking about?

Kirihara: He was nicknamed “Friend killer Kakashi” “cold-blooded Kakashi“, you know? He would do anything in order to success a mission. 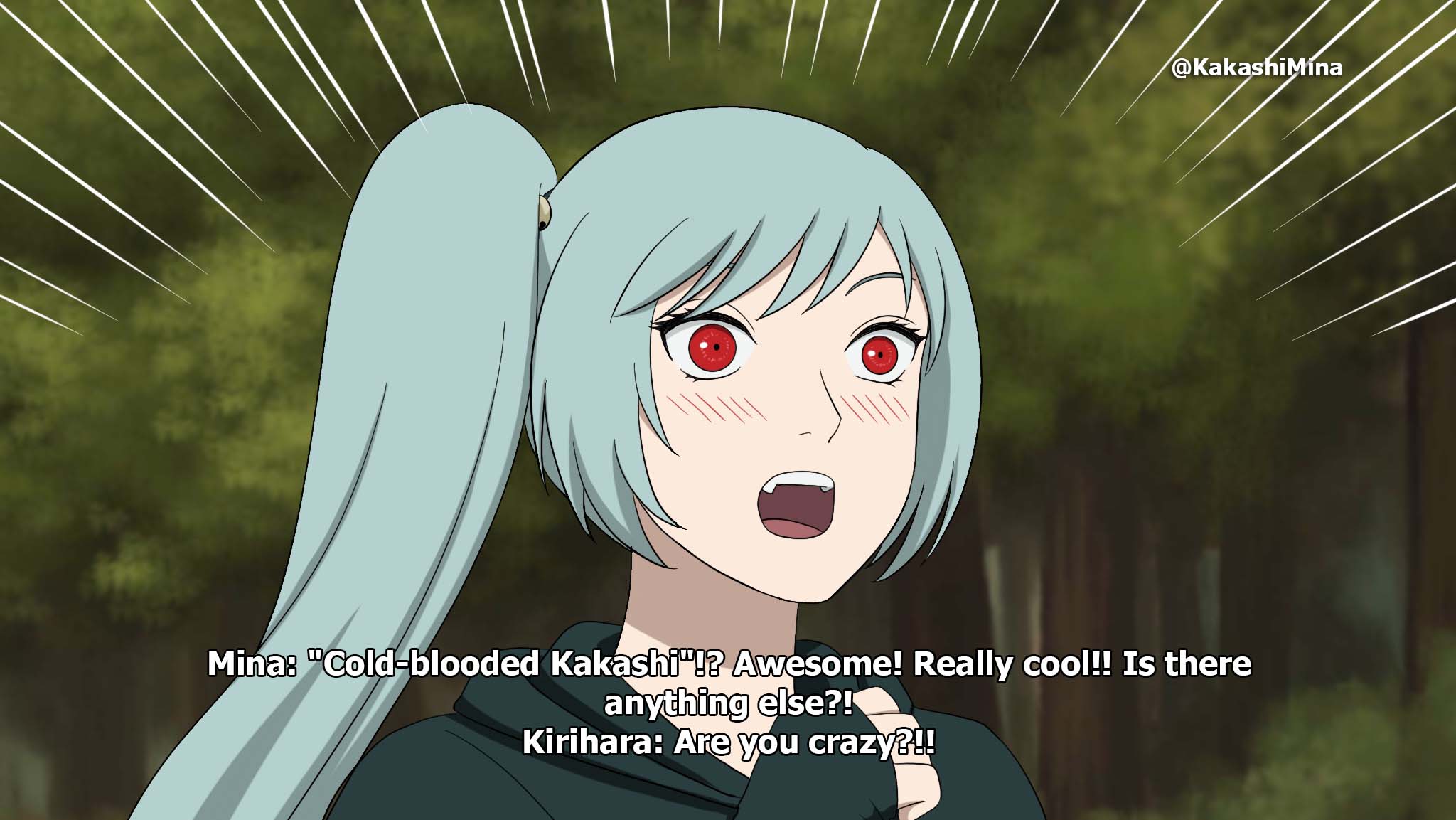 Mina: “Cold-blooded Kakashi”!? Awesome! Really cool!! Is there anything else?!

Kirihara: Are you crazy?!! 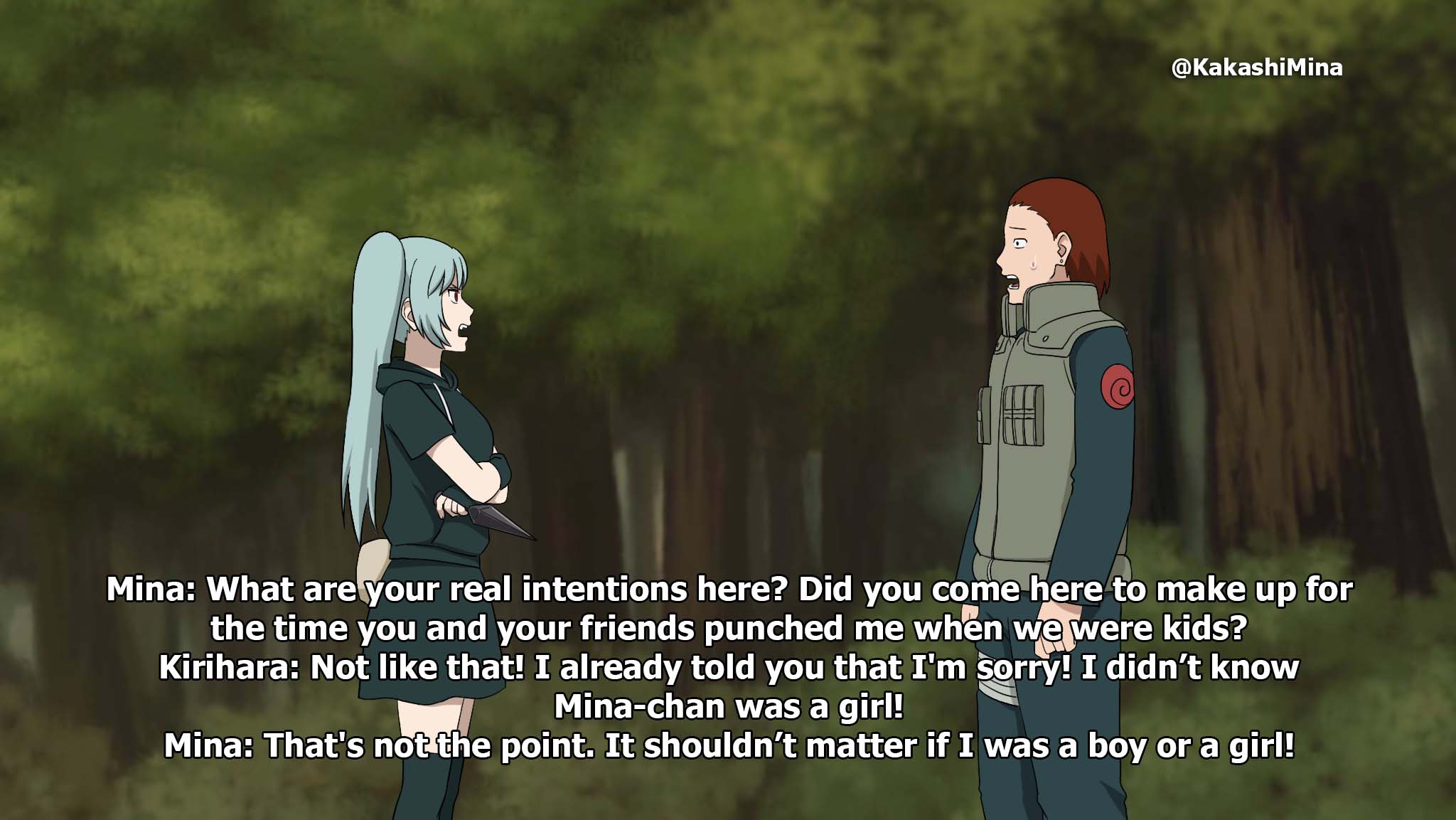 Mina: What are your real intentions here? Did you come here to make up for the time you and your friends punched me when we were kids?

Kirihara: Not like that! I already told you that I’m sorry! I didn’t know Mina-chan was a girl!

Mina: That’s not the point. It shouldn’t matter if I was a boy or a girl! 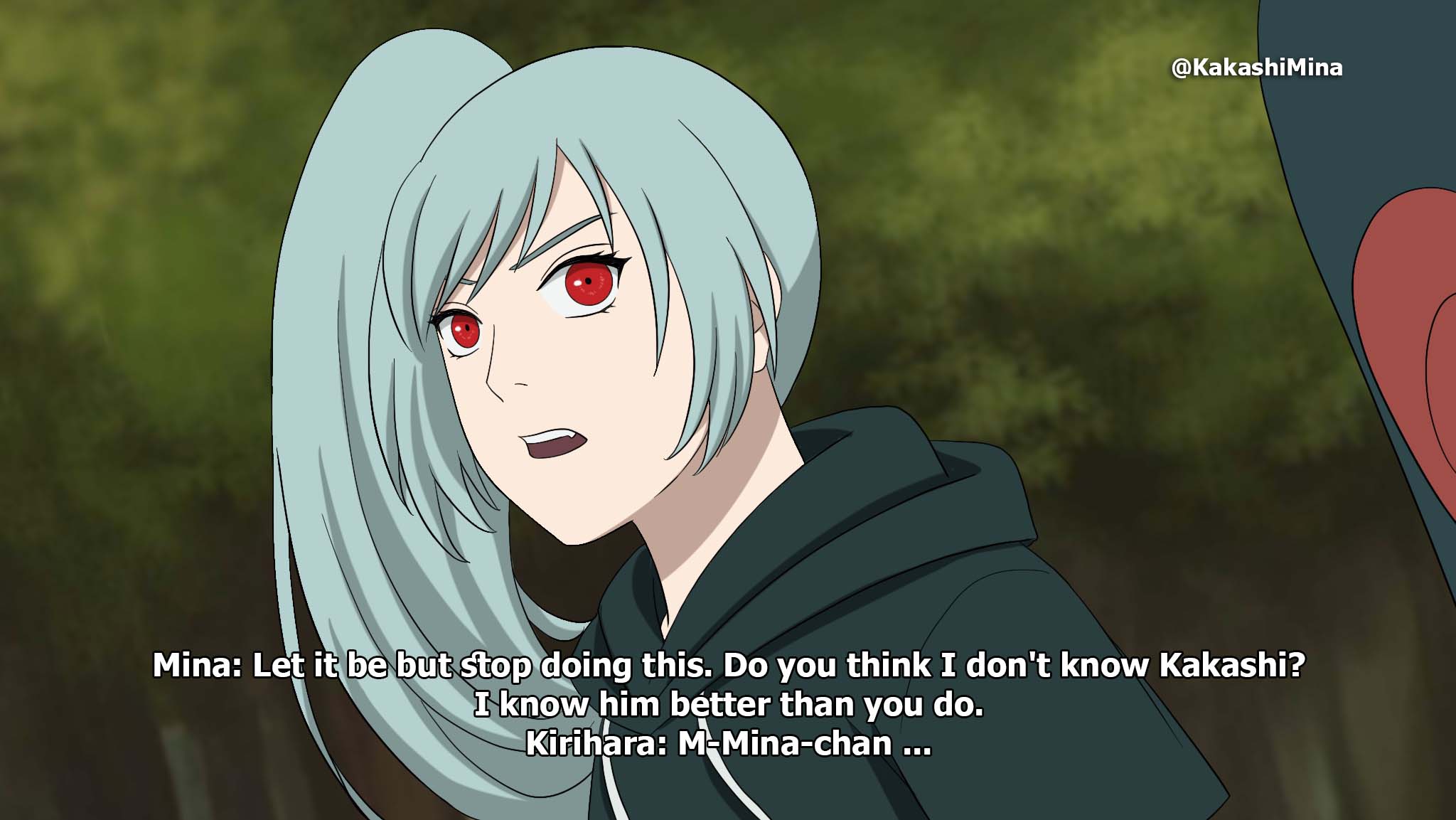 Mina: Let it be but stop doing this. Do you think I don’t know Kakashi?I know him better than you do. 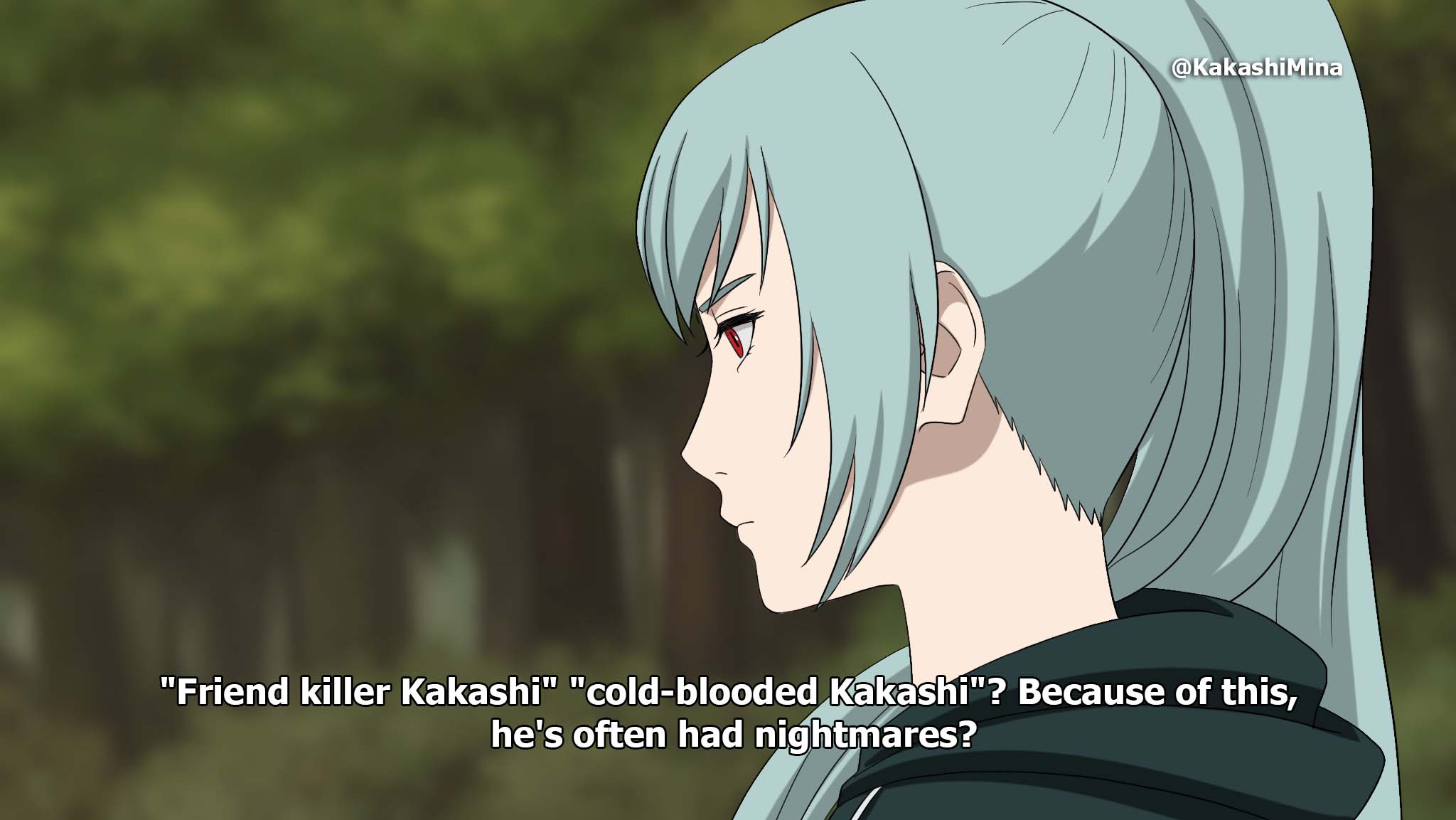 “Friend killer Kakashi” “cold-blooded Kakashi”? Because of this, he’s often had nightmares? 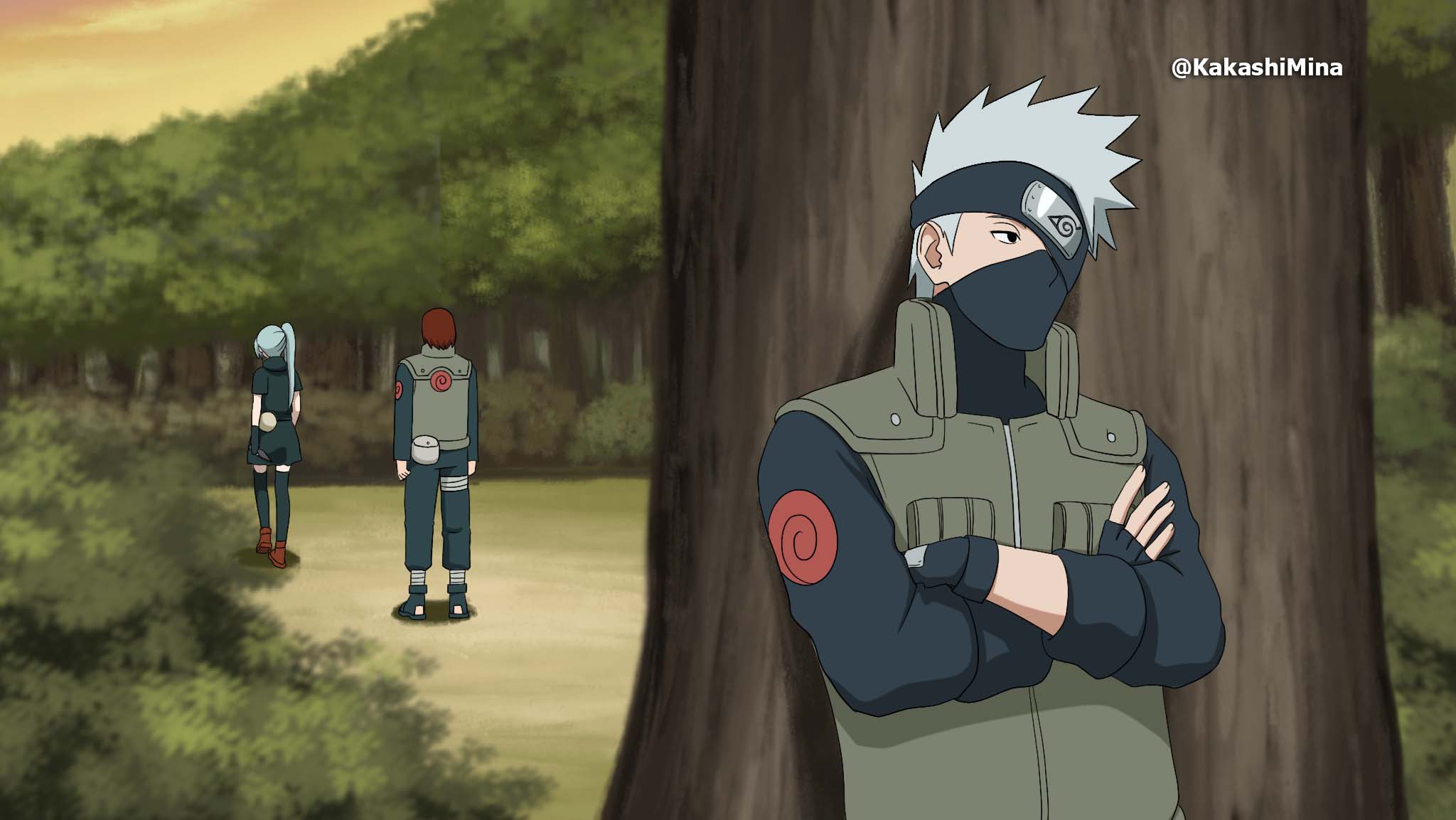 SO goooood omg i love it<33

u should draw mina giving birth or kakashi proposing

Woooow your work is awesome. ���� I really like it

The next line I want her to say is "Yamate oni-chan!!" To Kakashi lol �� love it I bet Kakashi can't get oni-chan voice over his head ����

I can't wait for the next episode 😍

I can't wait for the update .

The first part is so funny ��