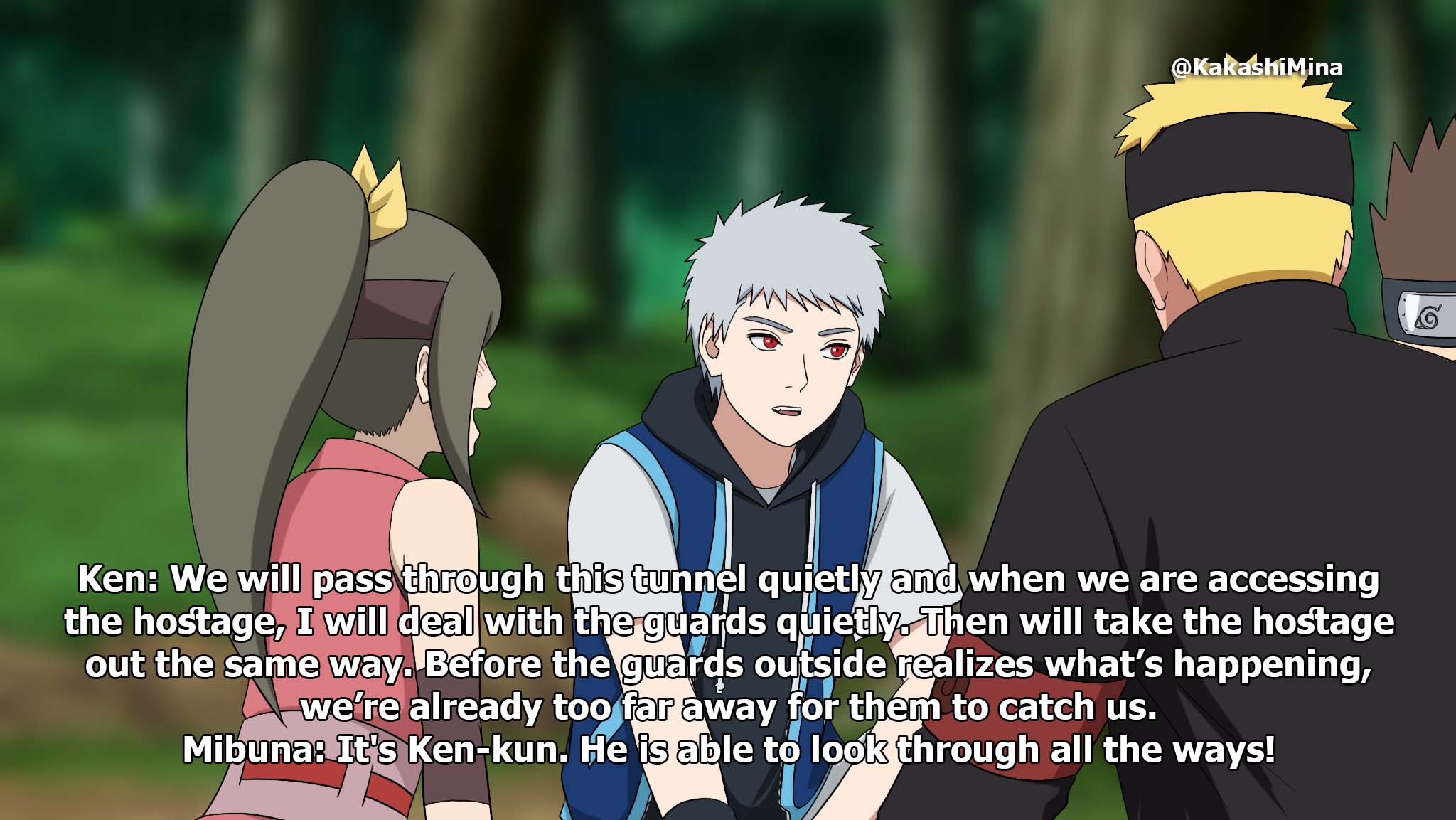 Ken: We will pass through this tunnel quietly and when we are accessing the hostage, I will deal with the guards quietly. Then will take the hostage out the same way. Before the guards outside realizes what’s happening, we’re already too far away for them to catch us.

Mibuna: It’s Ken-kun. He is able to look through all the ways! 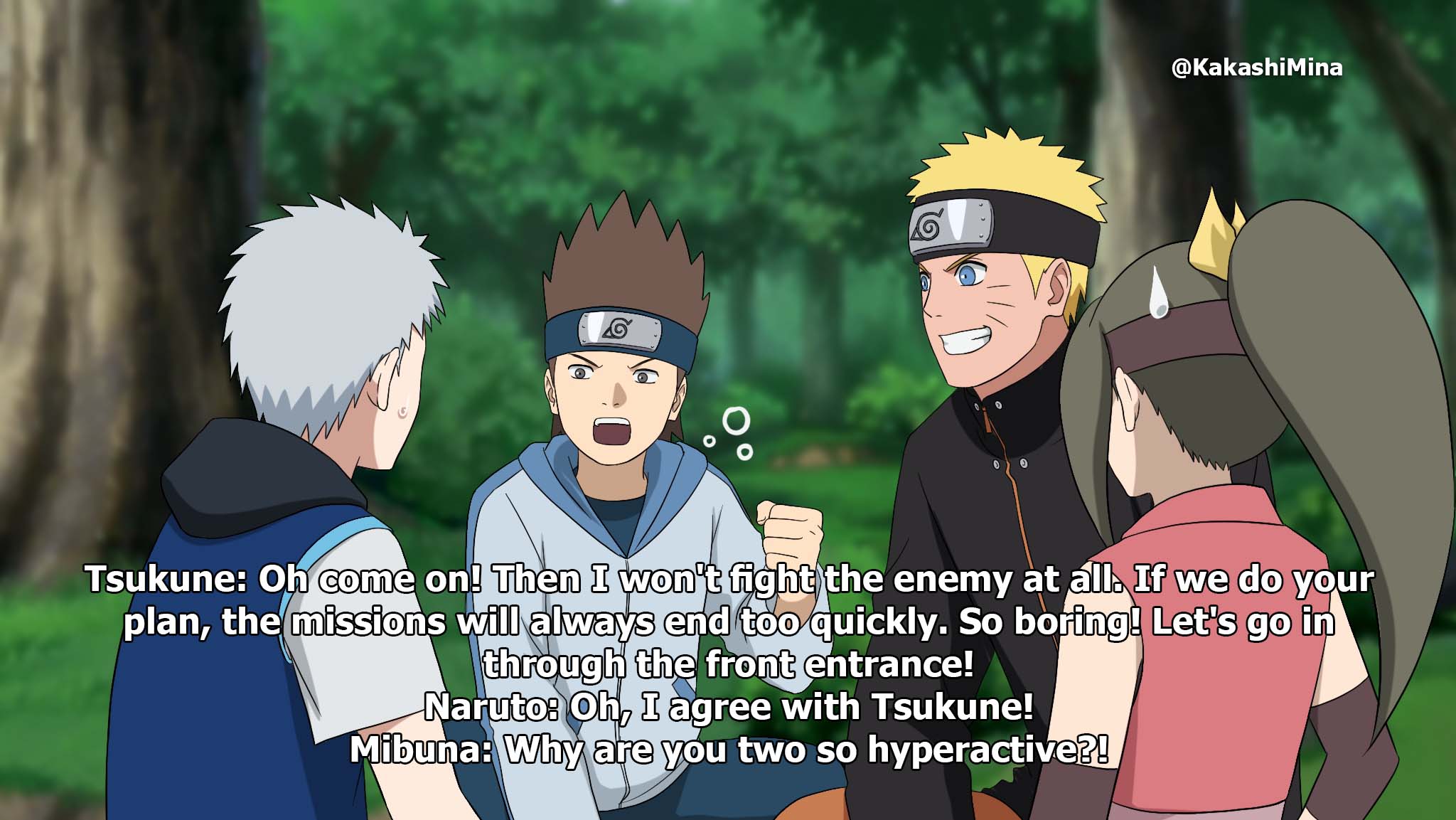 Tsukune: Oh come on! Then I won’t fight the enemy at all. If we do your plan, the missions will always end too quickly. So boring! Let’s go in through the front entrance!

Naruto: Oh, I agree with Tsukune!

Mibuna: Why are you two so hyperactive?! 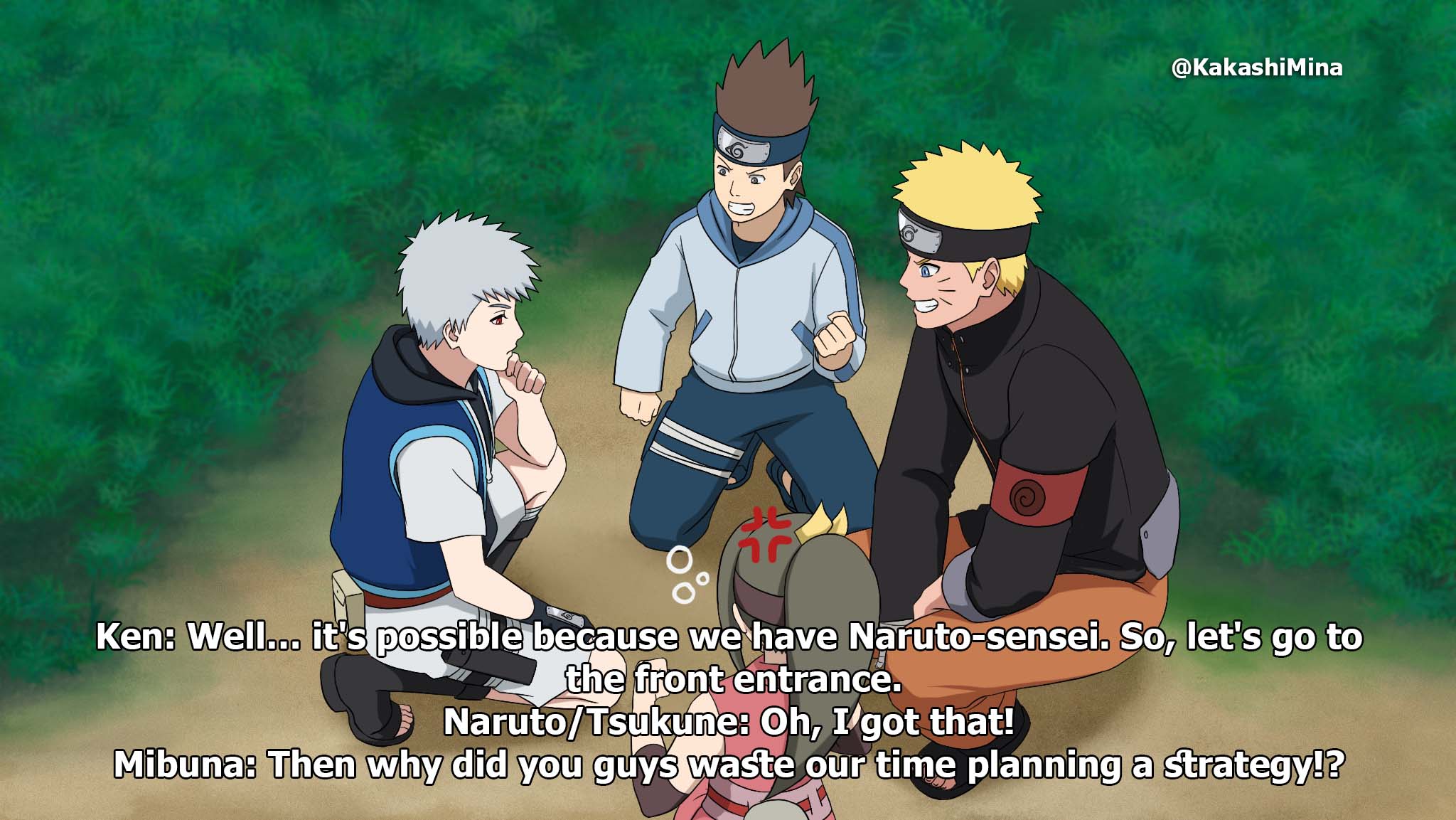 Ken: Well… it’s possible because we have Naruto-sensei. So, let’s go to the front entrance.

Naruto/Tsukune: Oh, I got that!

Mibuna: Then why did you guys waste our time planning a strategy!?

Team 7 Naruto teams consists of
– Two powerful idiots.
– The brain of the team who indulges his friends too much.
– Medical ninja who seems to be the most normal (But she’s too focused on Ken.) 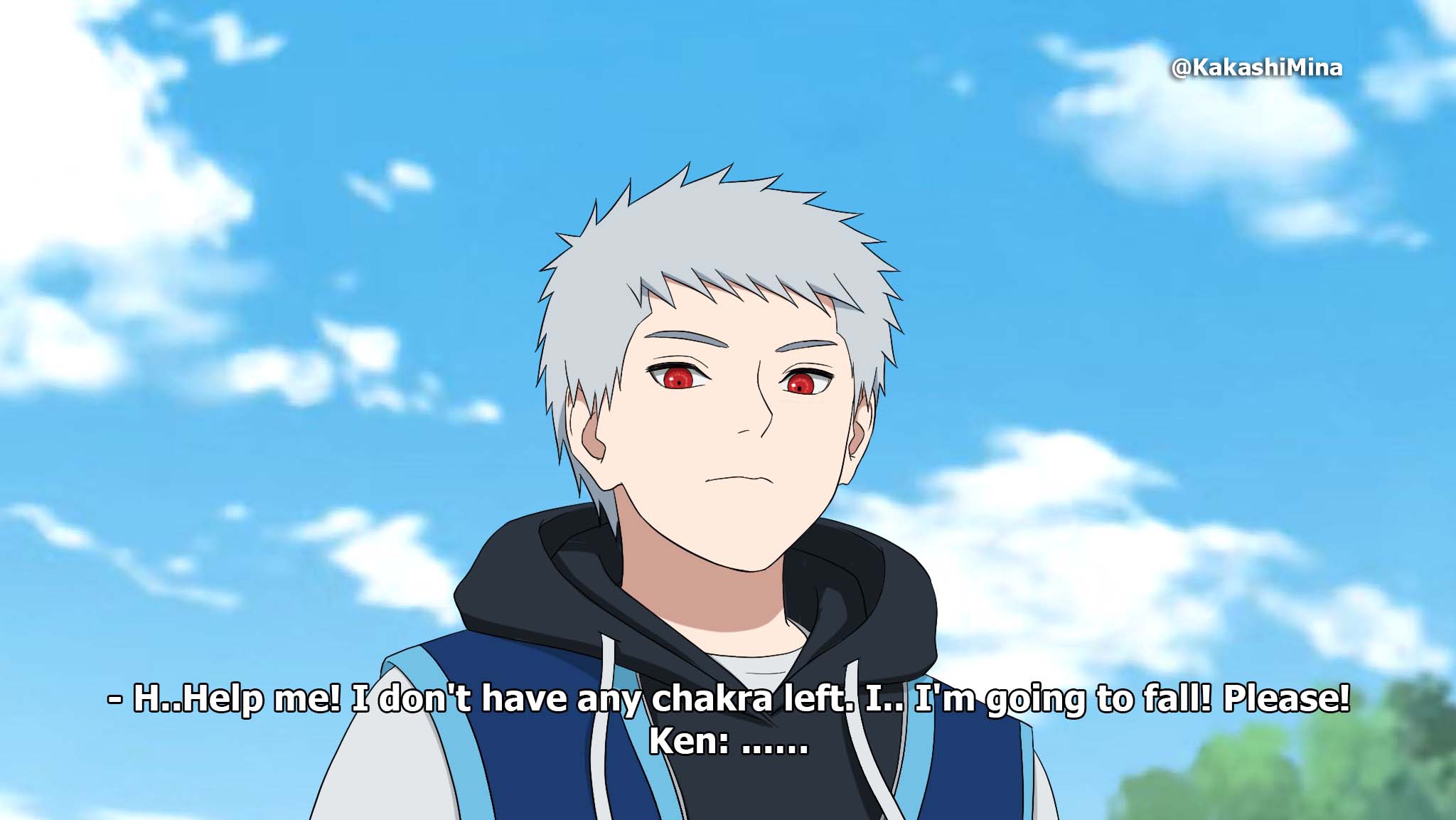 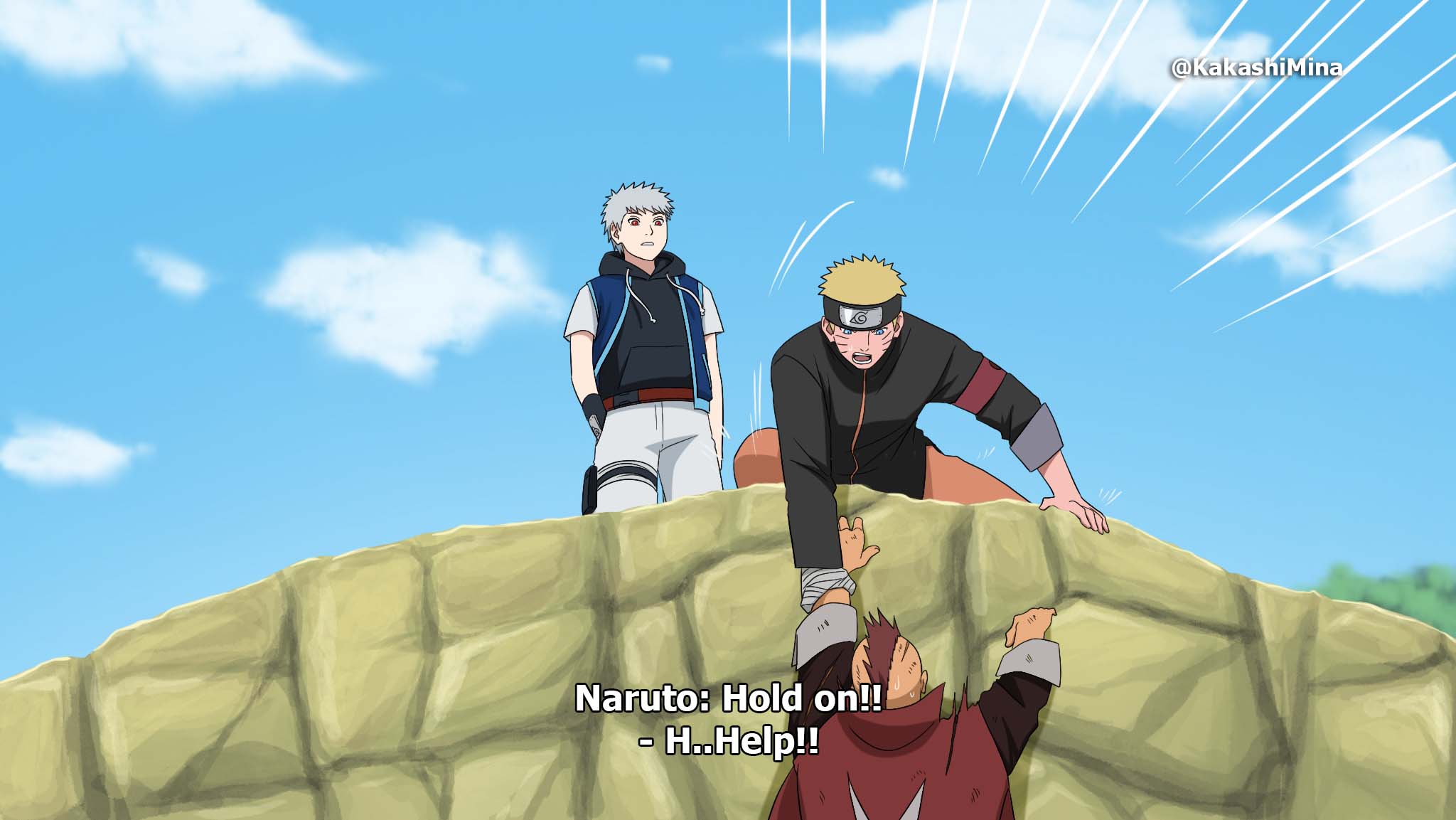 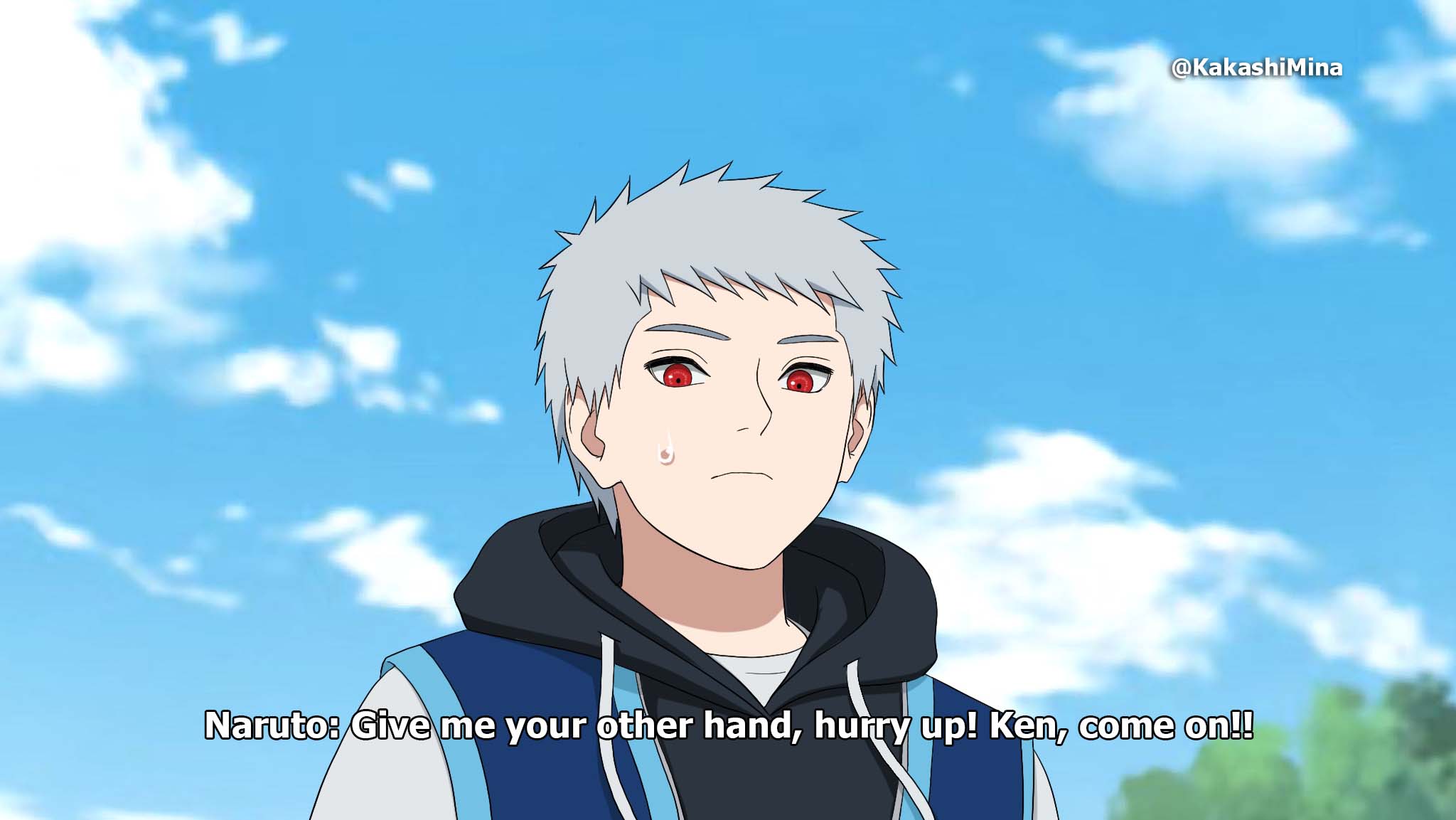 Naruto: Give me your other hand, hurry up! Ken, come on!! 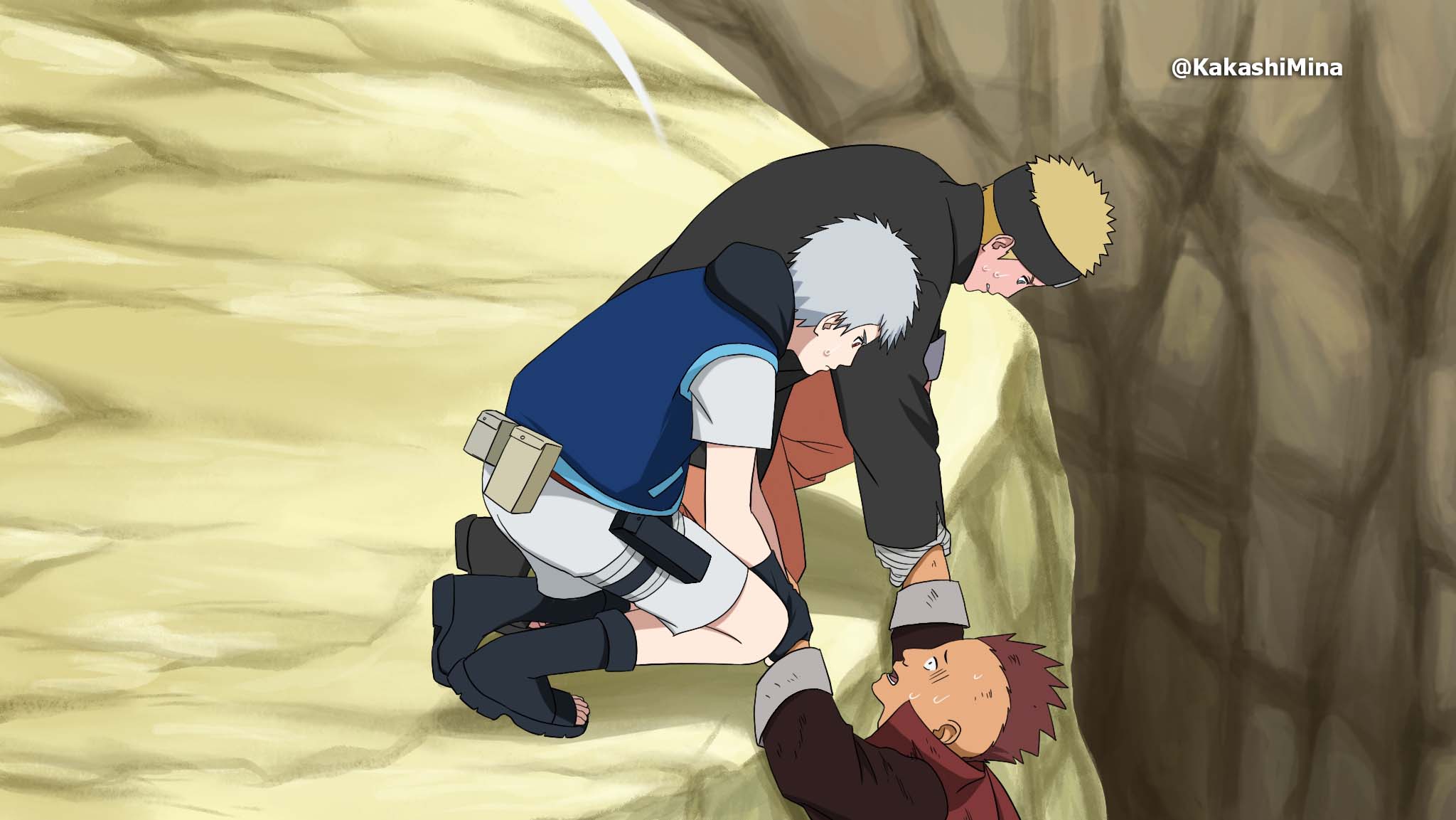 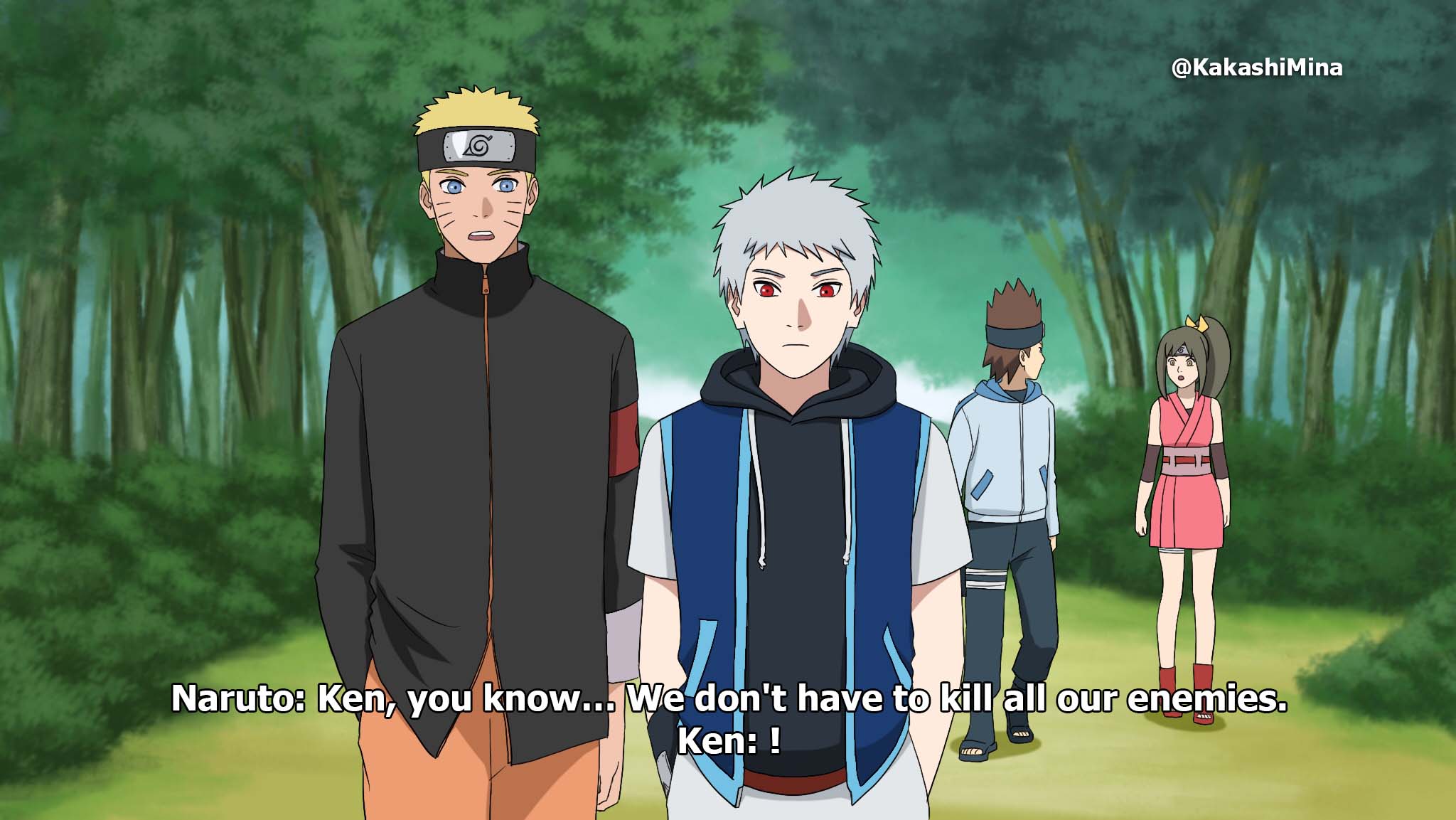 Naruto: Ken, you know… We don’t have to kill all our enemies. 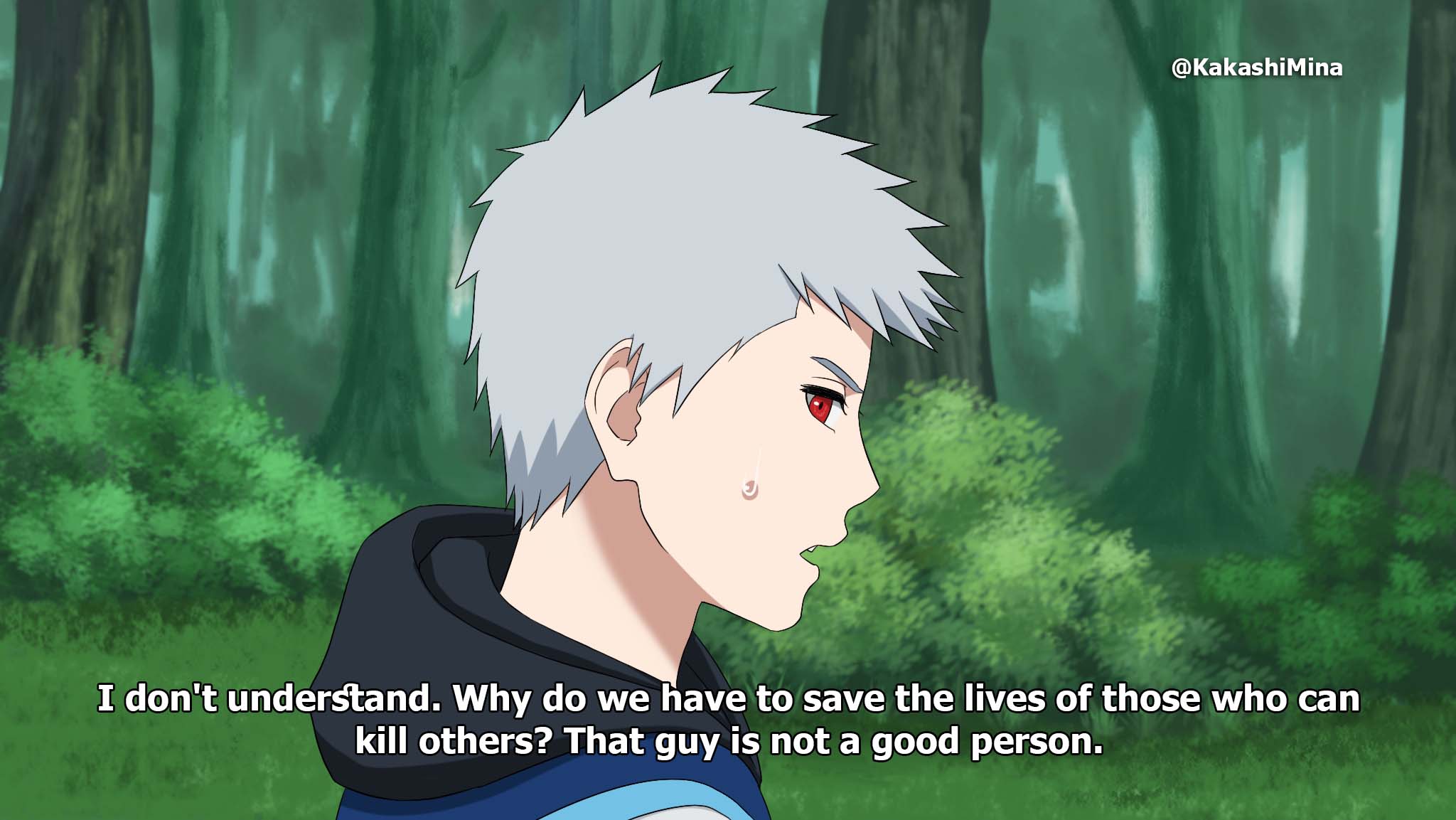 Ken: I don’t understand. Why do we have to save the lives of those who can kill others? That guy is not a good person. 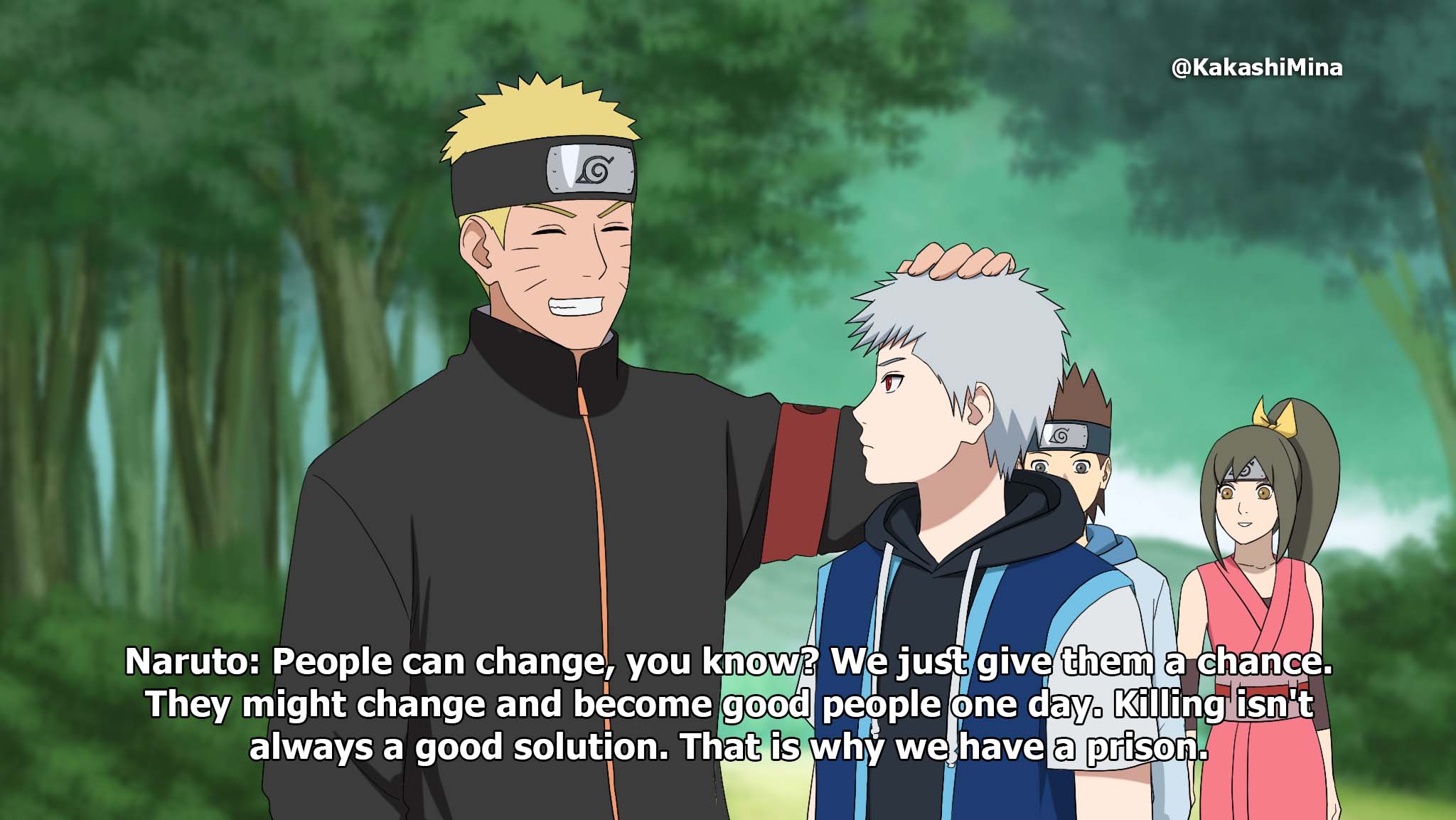 Naruto: People can change, you know? We just give them a chance. They might change and become good people one day. Killing isn’t always a good solution. That is why we have a prison. 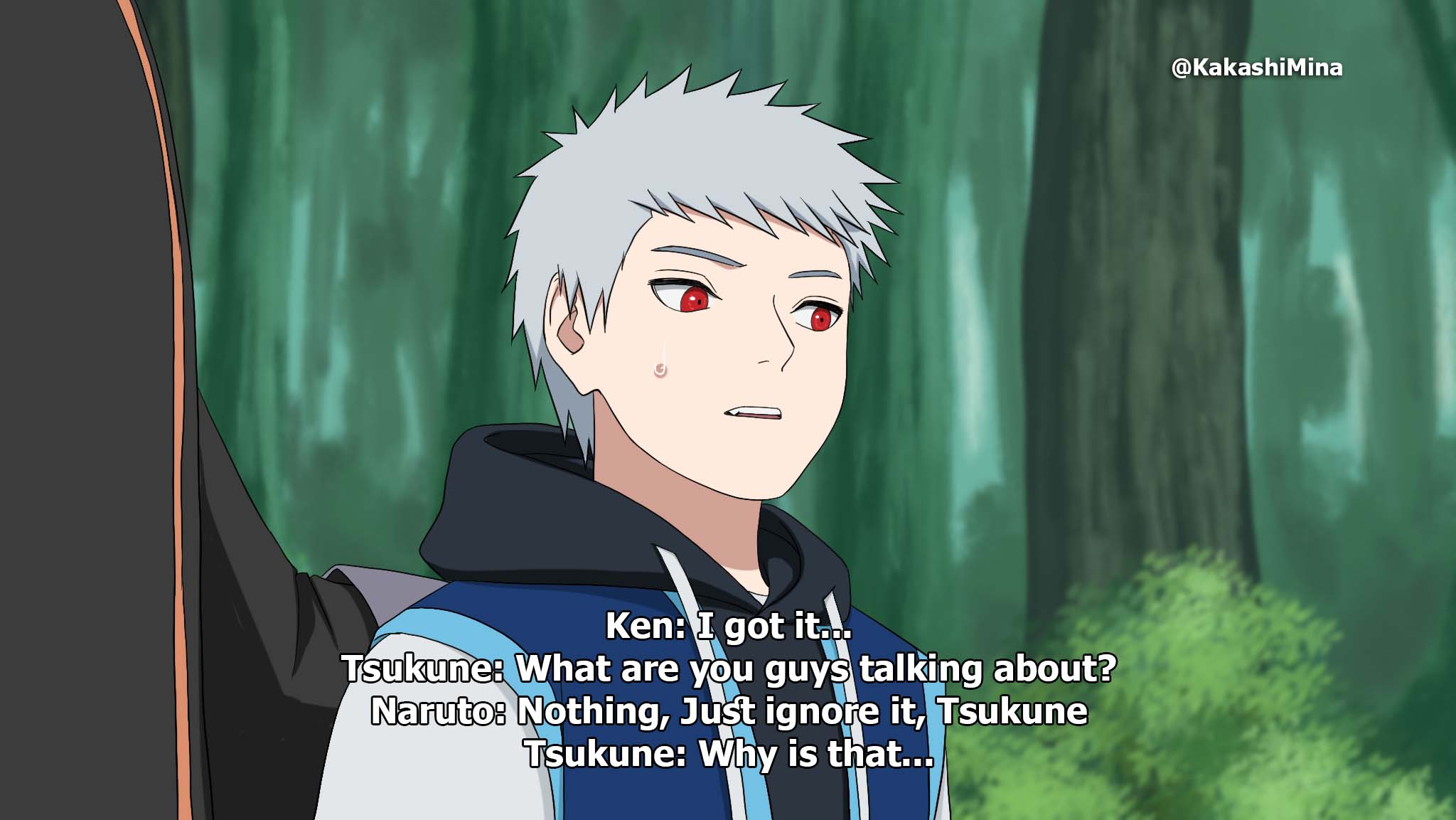 Tsukune: What are you guys talking about?

Naruto: Nothing, Just ignore it, Tsukune

Tsukune: Why is that…

I don’t know if Ken can call that “cold-blooded”. He just responds to his opponent in the same way . When he encounters bad people, he doesn’t usually appreciate the lives of those bad guys. He could kill with no pity and guilt.
But at the same time he cares about every small life of the animals because they are innocent and live only according to their intuition 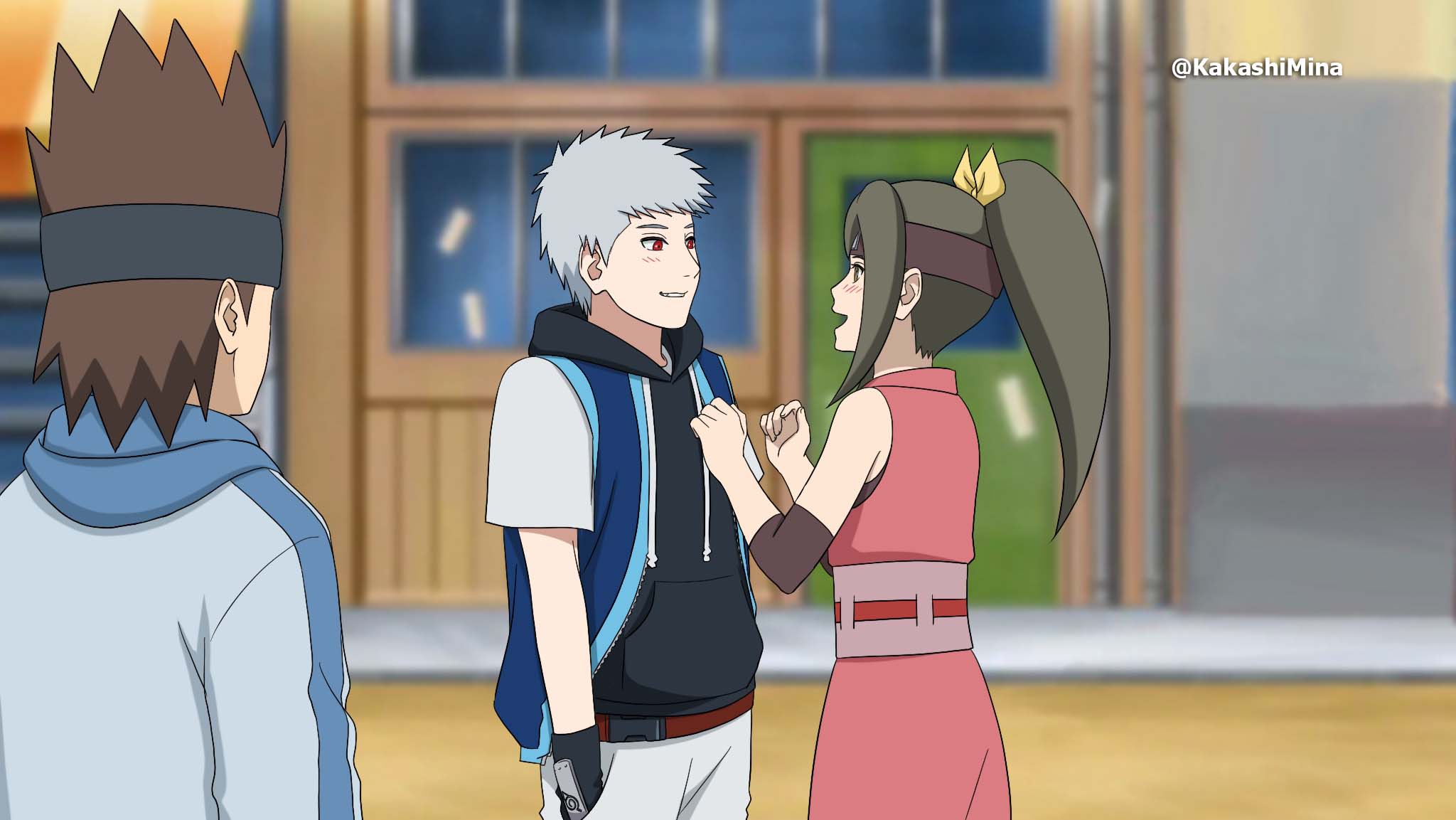 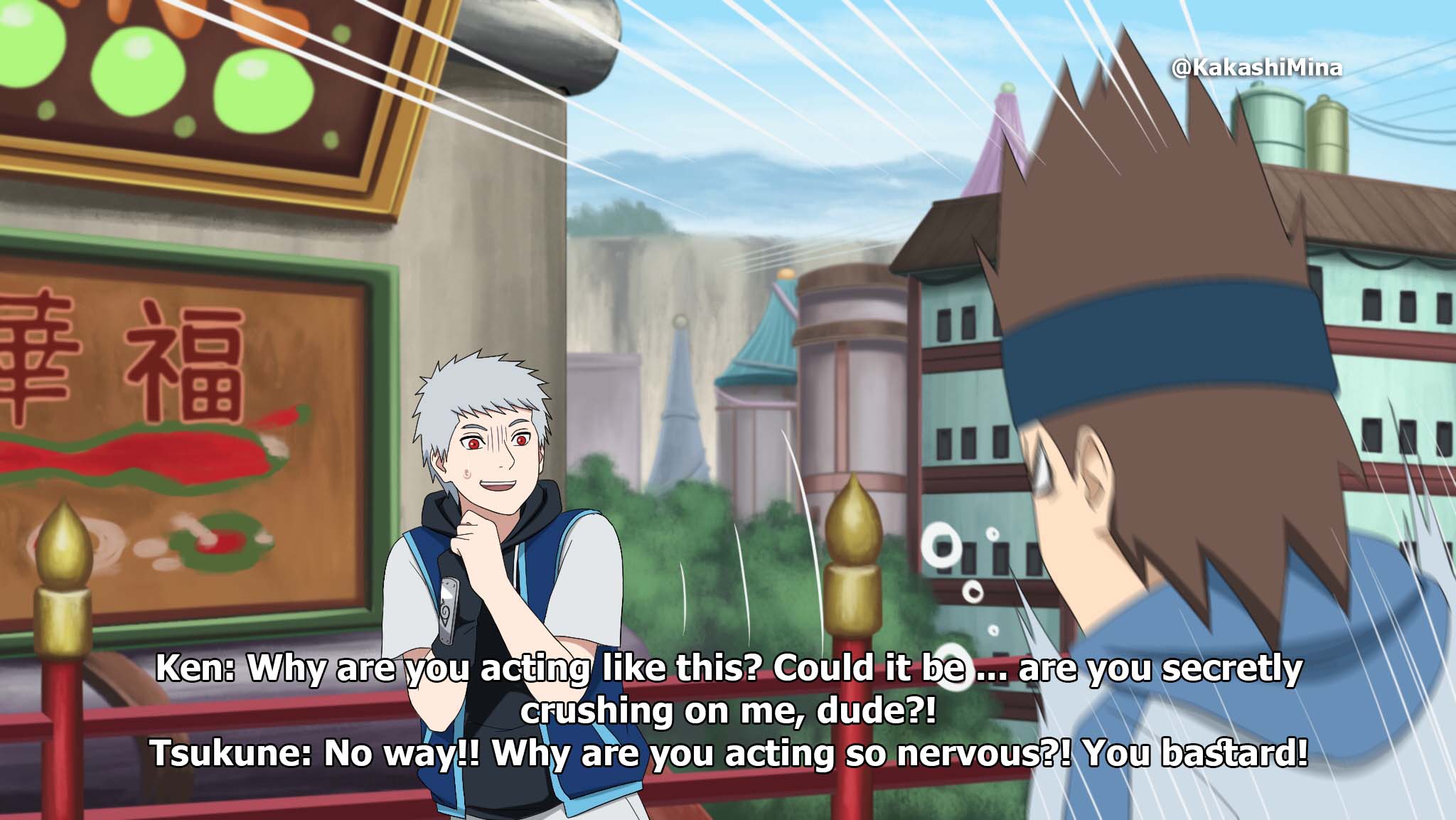 Ken: Why are you acting like this? Could it be … are you secretly crushing on me, dude?!

Tsukune: No way!! Why are you acting so nervous?! You bastard! 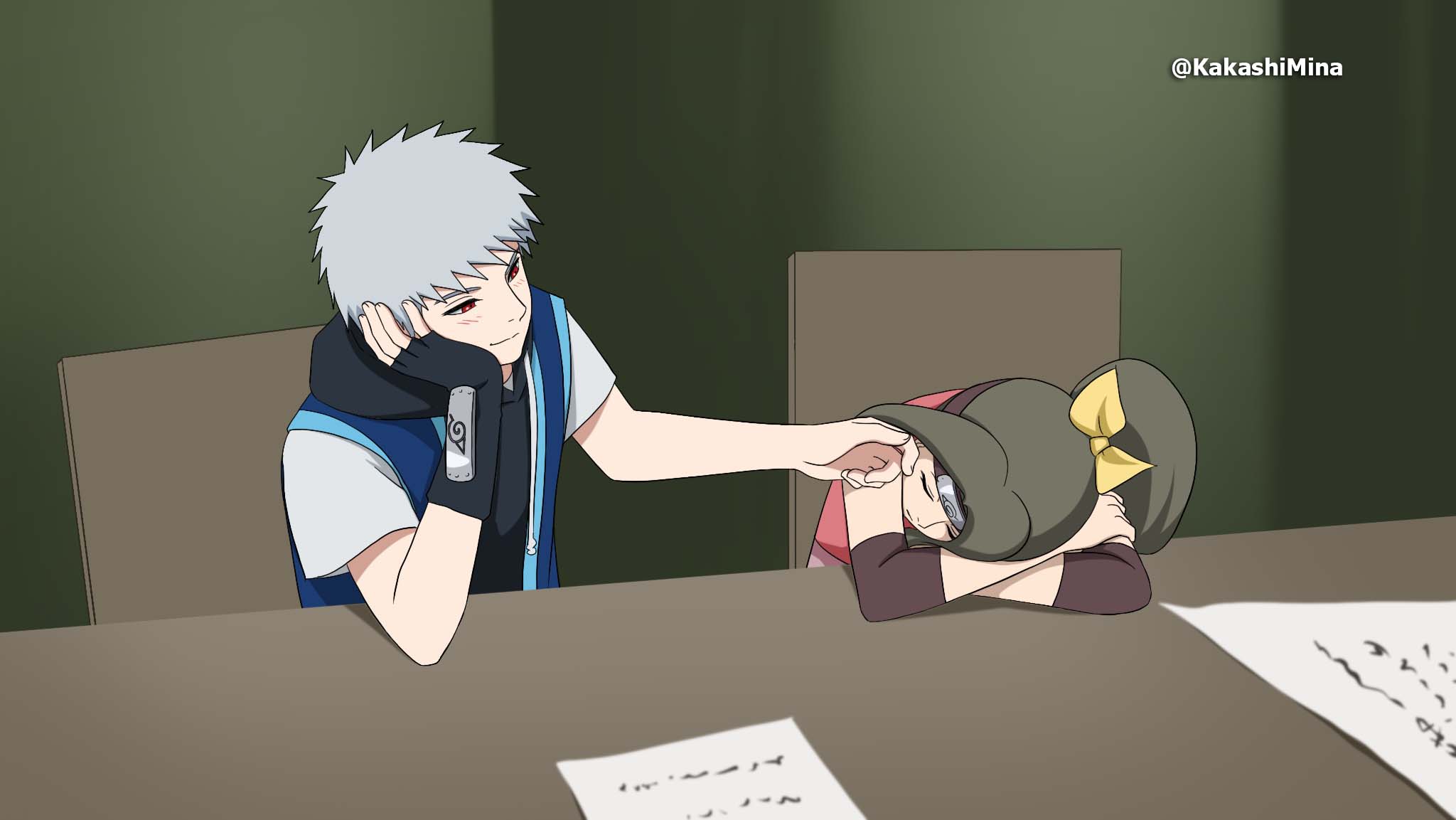 Ken had lied only once. In his childhood, Ken liked Mibuna and Tsukune asked him about his feelings for her because Tsukune was planning to give up on Mibuna for the sake of Ken’s happiness. When Ken realized that Tsukune liked Mibuna too, he lied and told him that he only liked her as a friend. Ken also tried to stop loving Mibuna.

After that he tried to make Mibuna dislike him by flirting with girls who have had a crush on him. However, he never dated any of those girls because he was still in love with Mibuna. He also had a bad habit to flirt girls around like this. 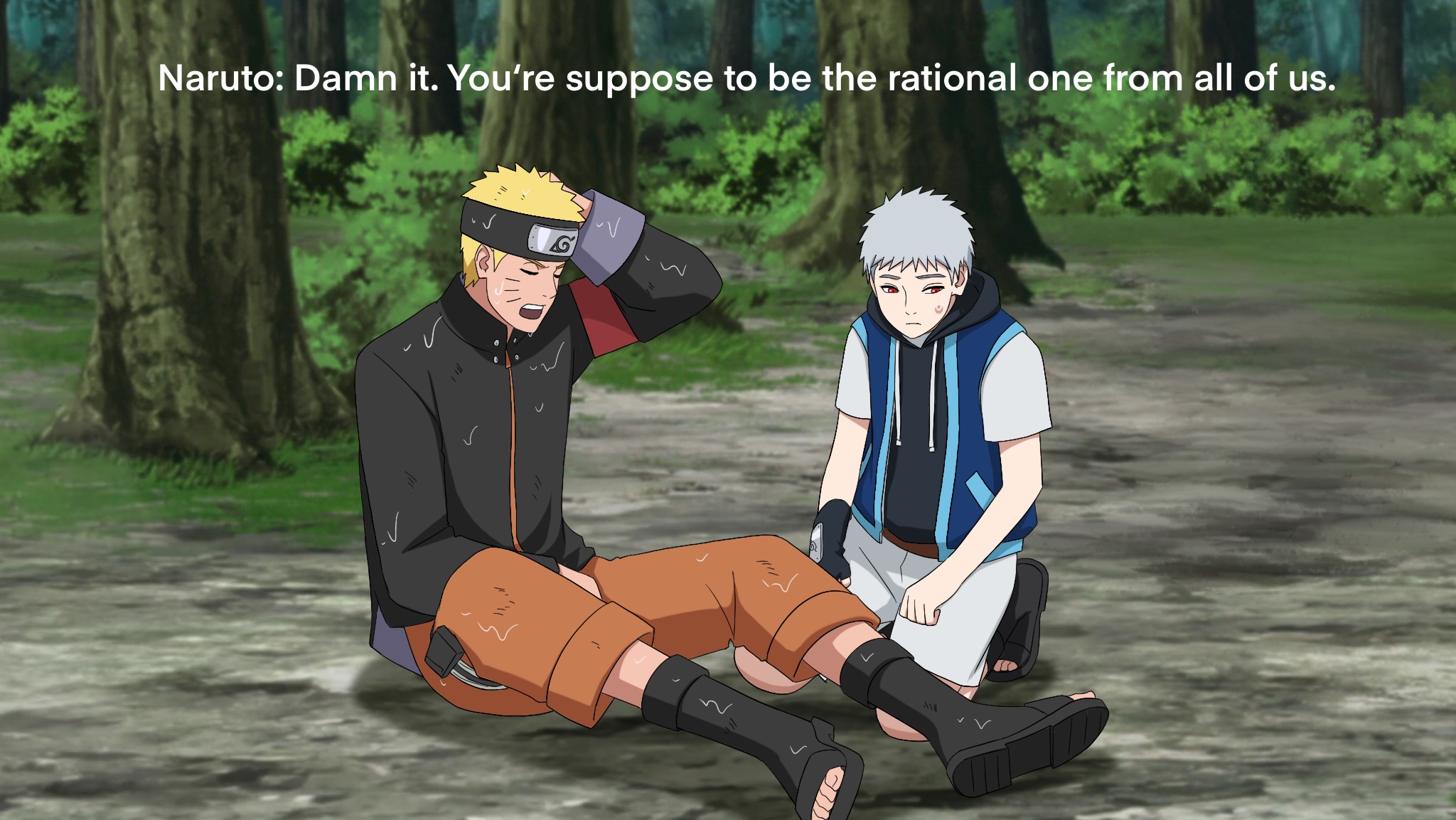 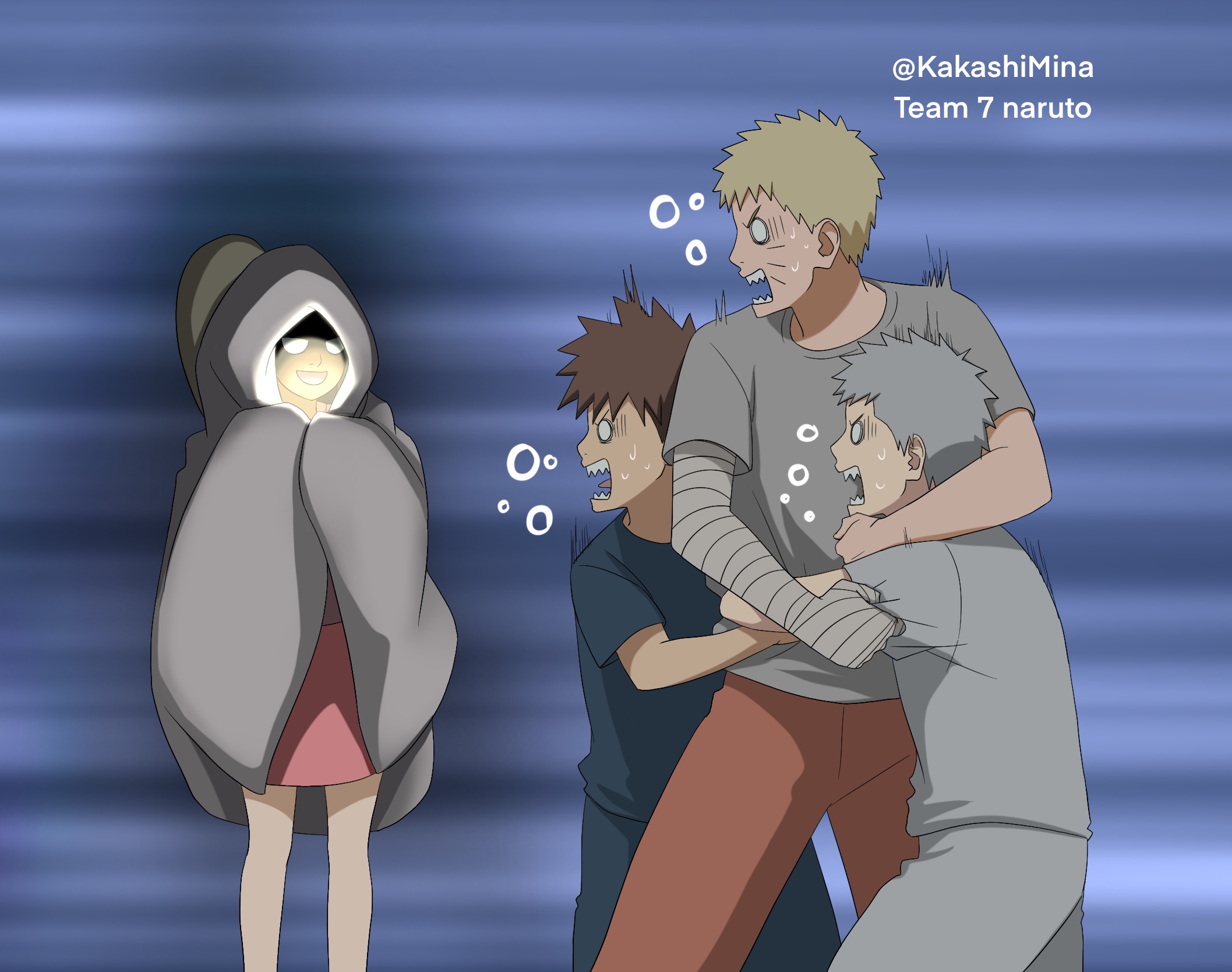