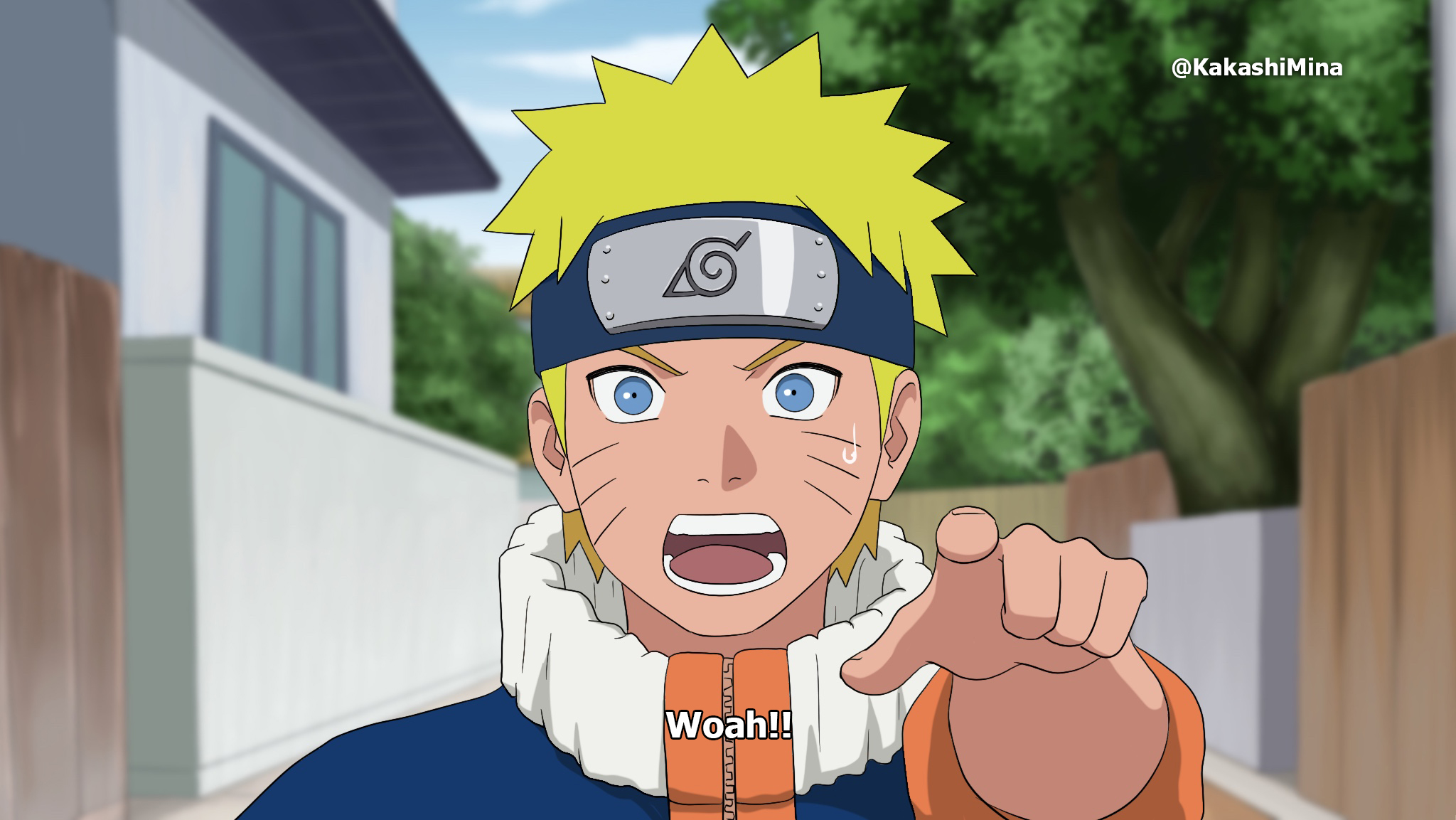 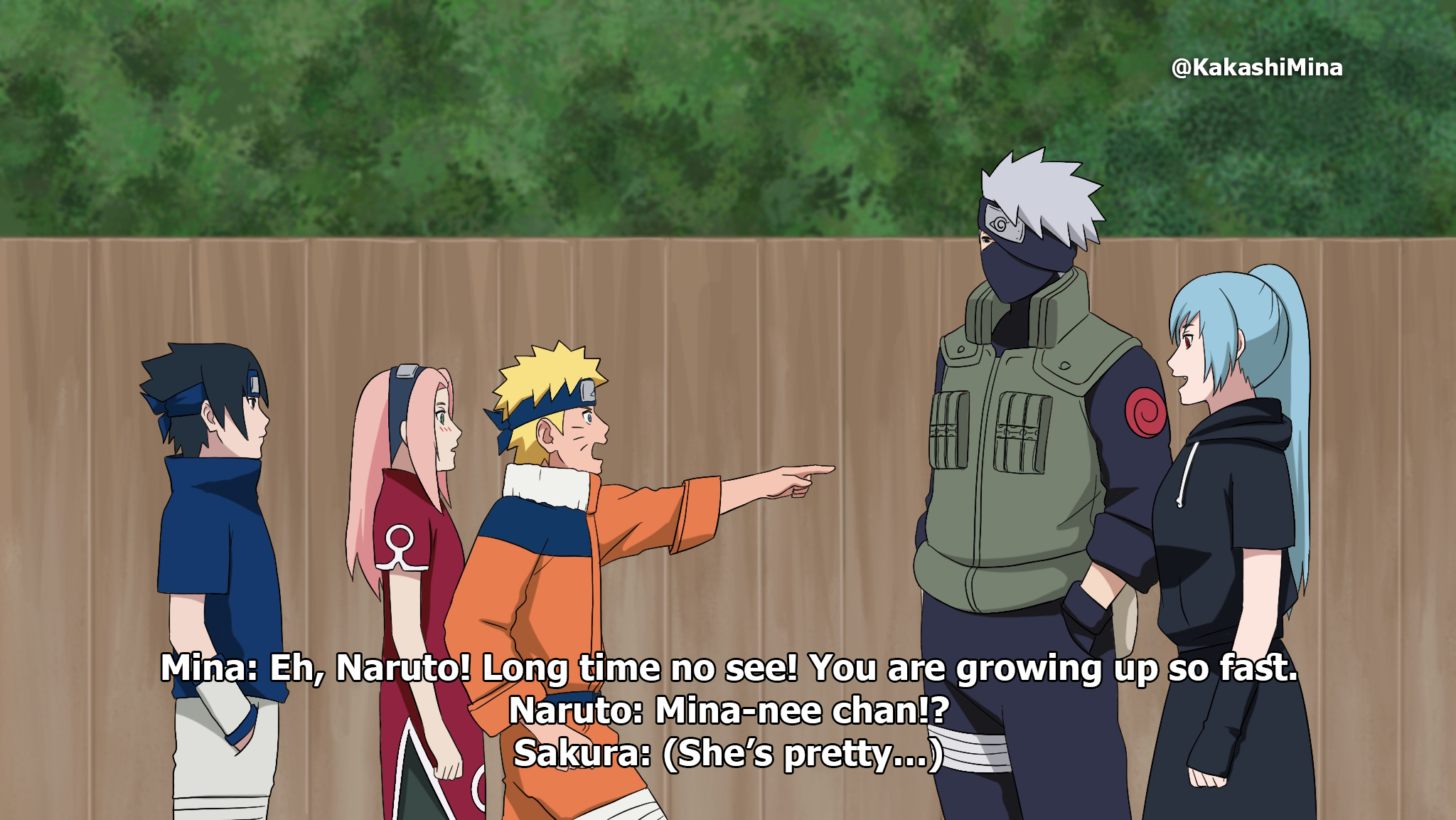 Mina: Eh, Naruto! Long time no see! You are growing up so fast. 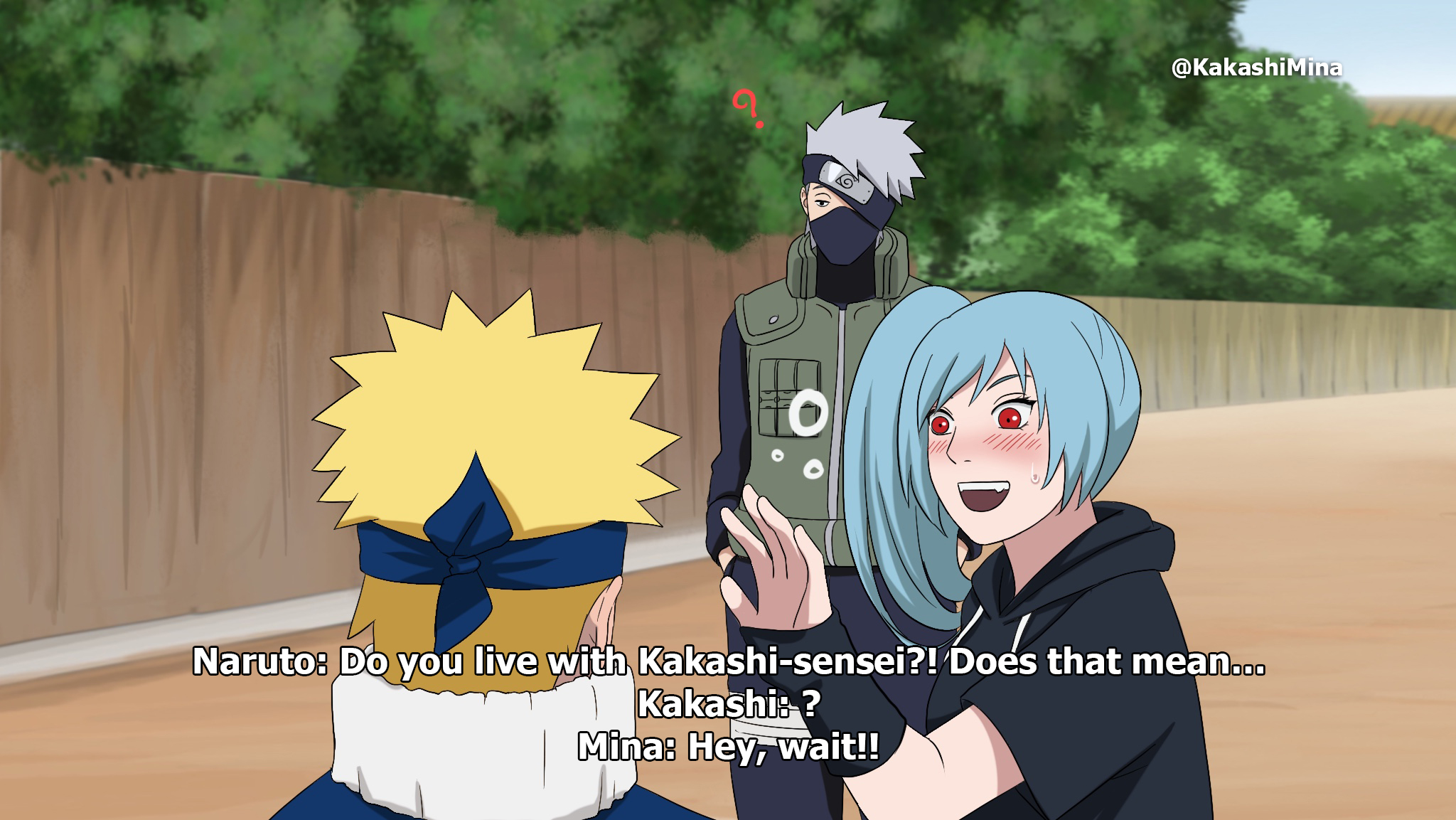 Naruto: Do you live with Kakashi-sensei?! Does that mean… 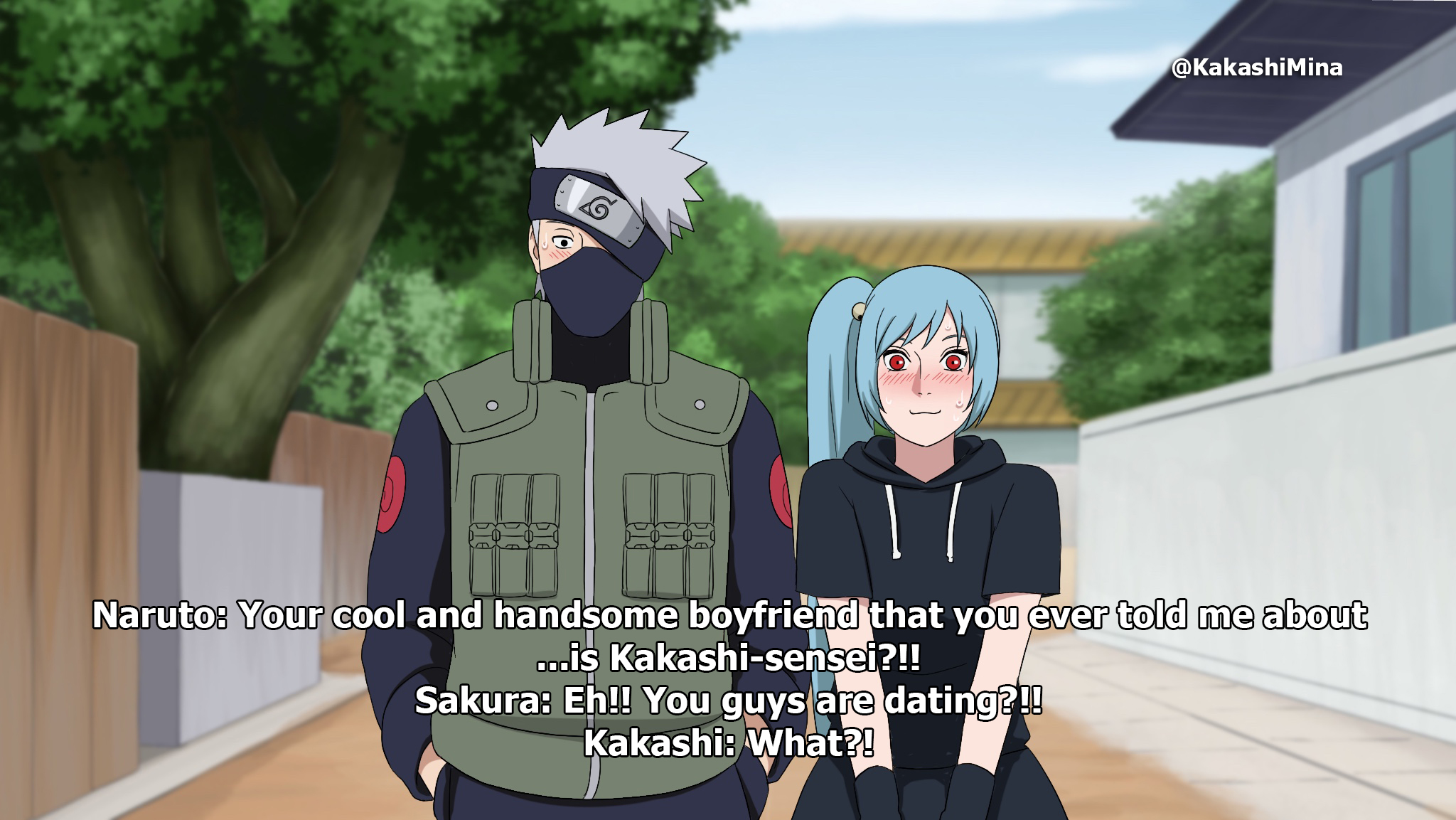 Naruto: Your cool and handsome boyfriend that you ever told me about…is Kakashi-sensei?!! 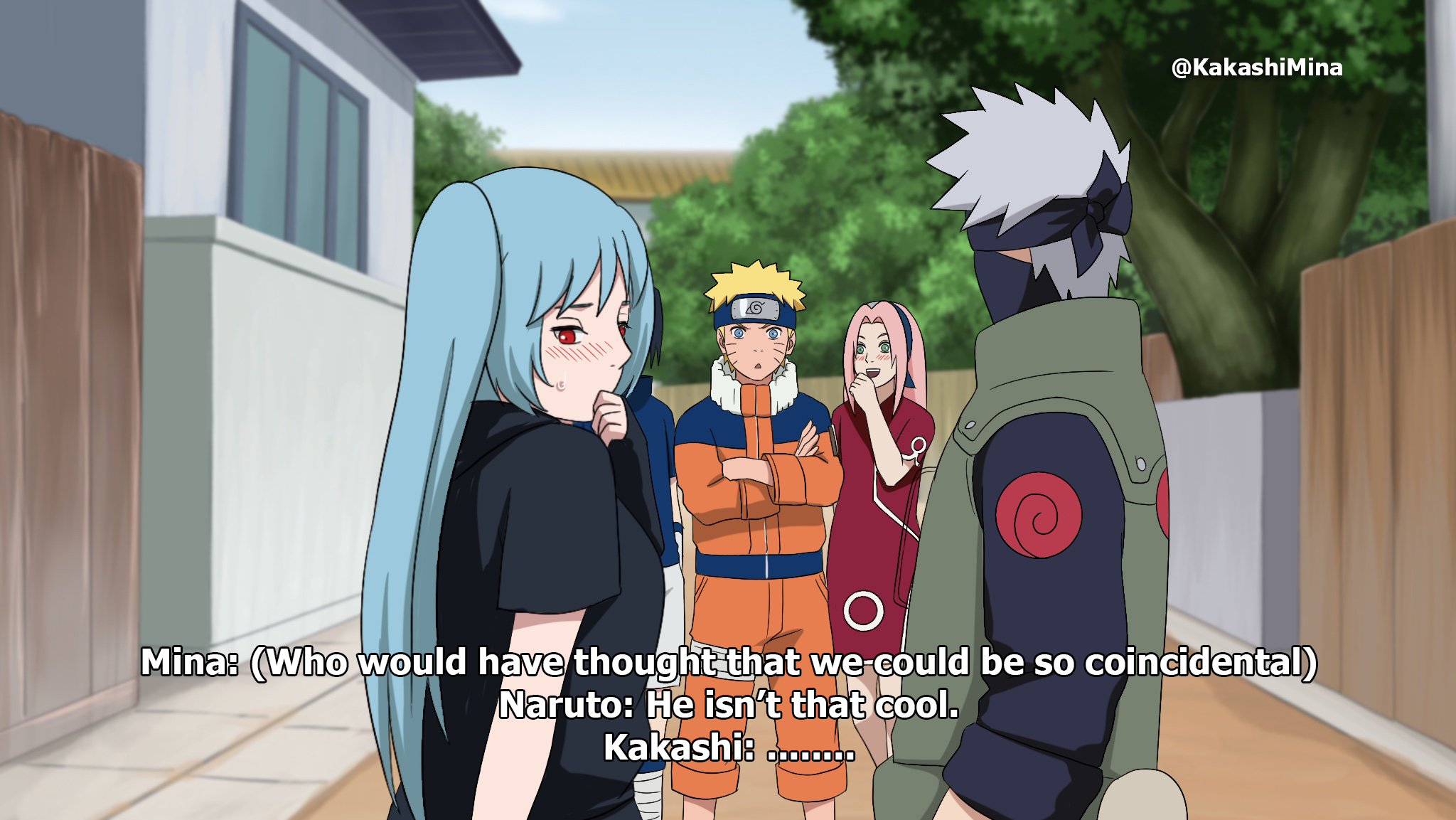 Mina: (Who would have thought that we could be so coincidental)

Naruto: He isn’t that cool. 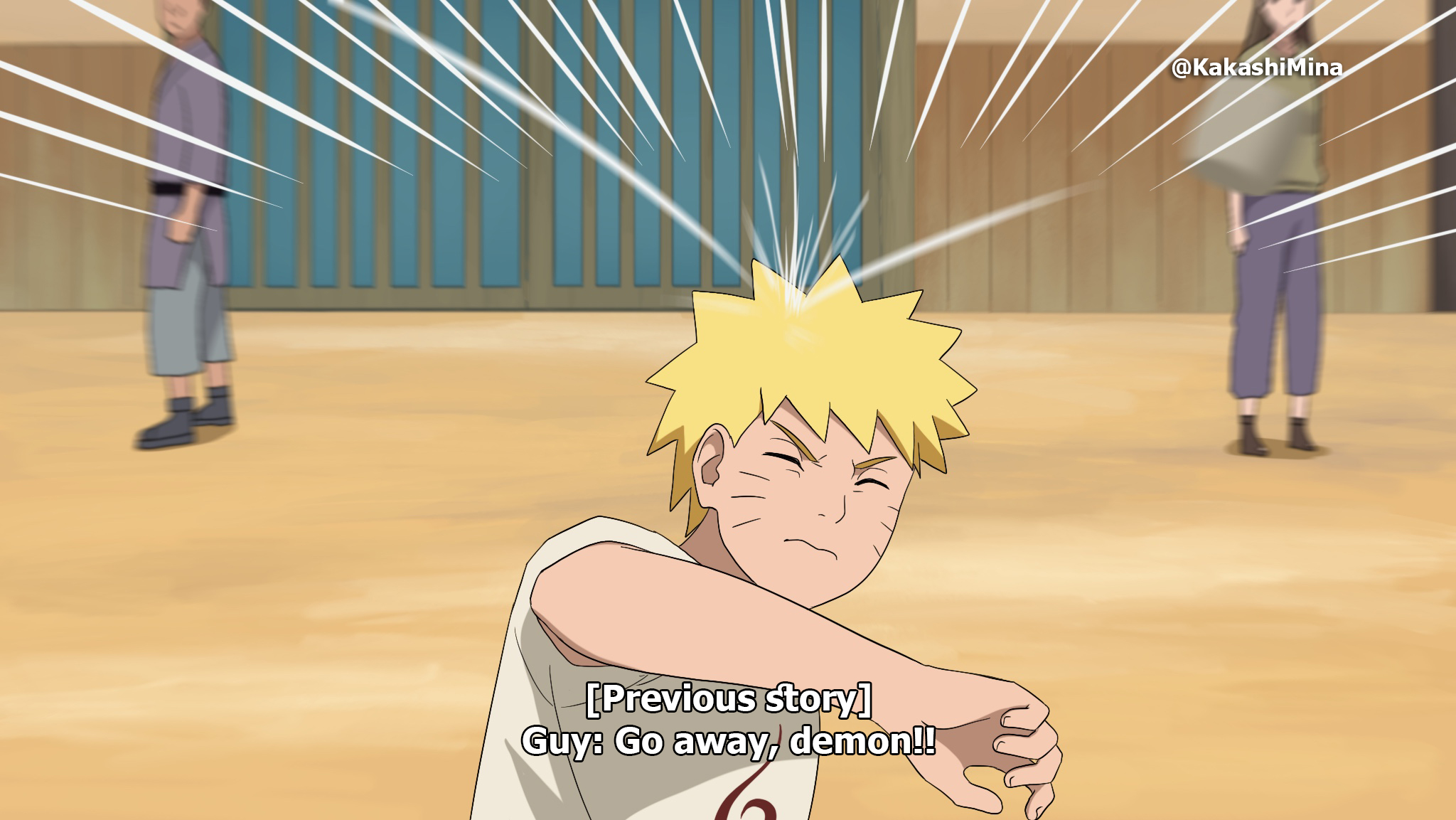 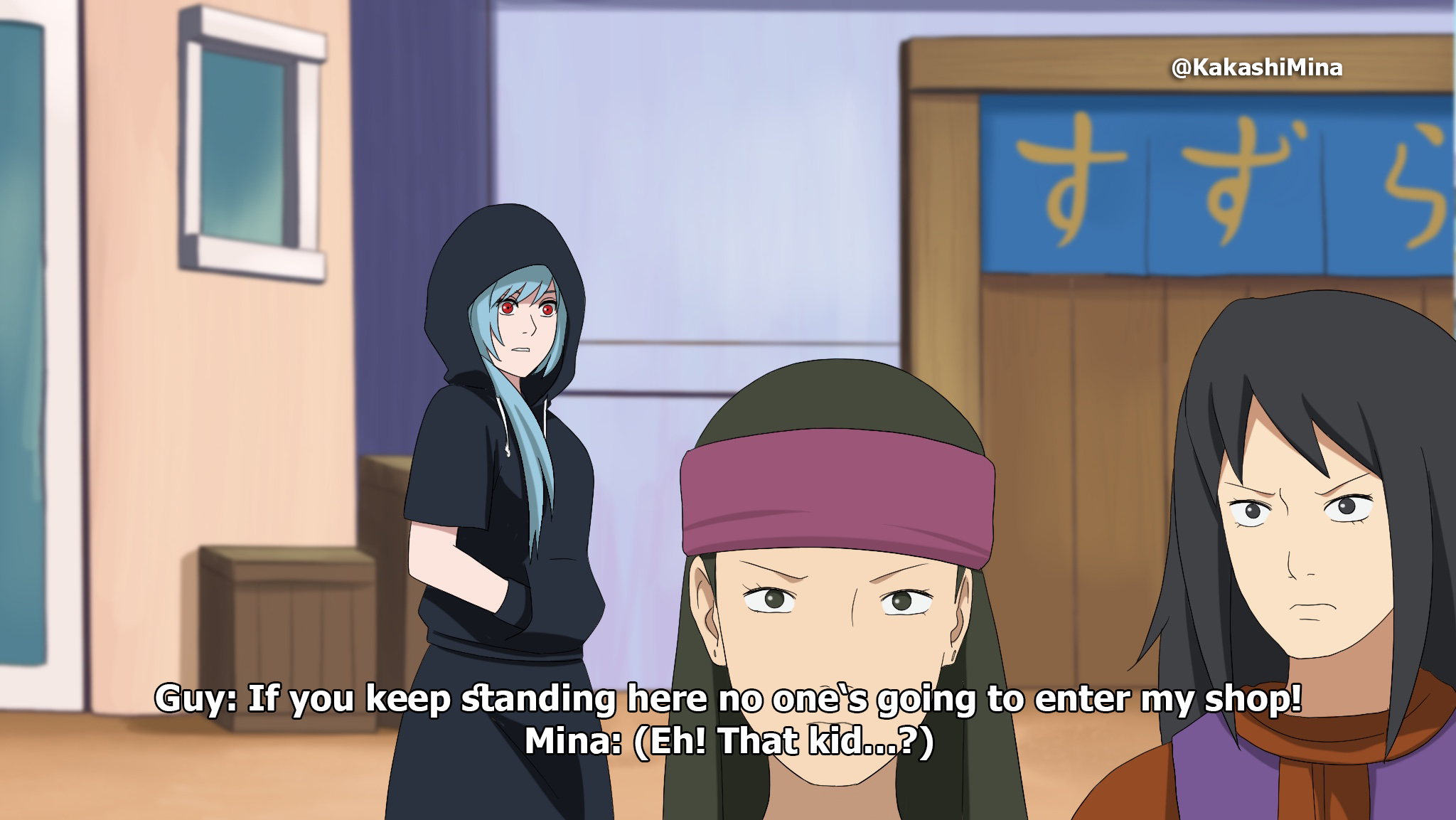 Guy: If you keep standing here no one‘s going to enter my shop! 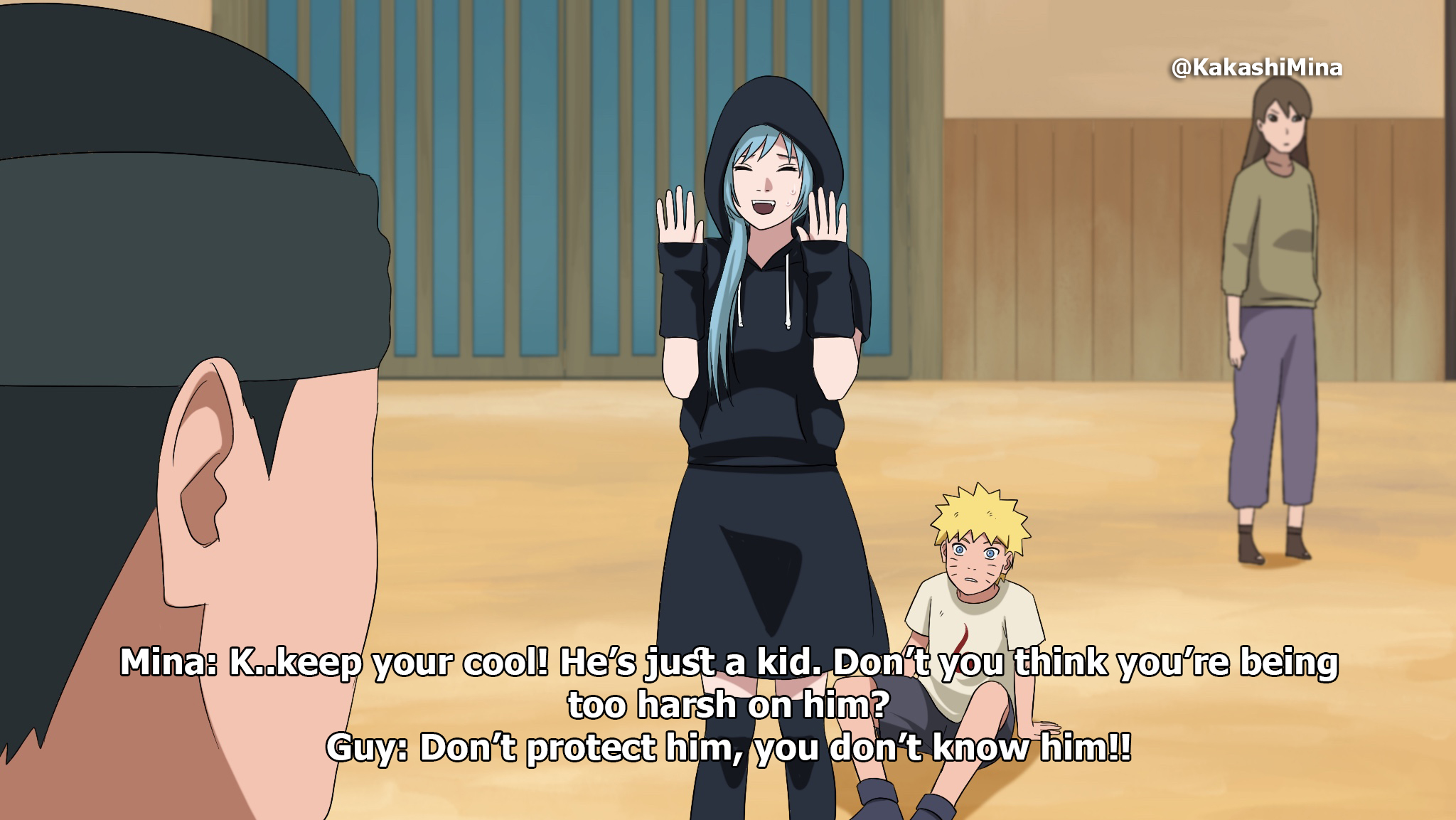 Mina: K..keep your cool! He’s just a kid. Don’t you think you’re being too harsh on him?

Guy: Don’t protect him, you don’t know him!! 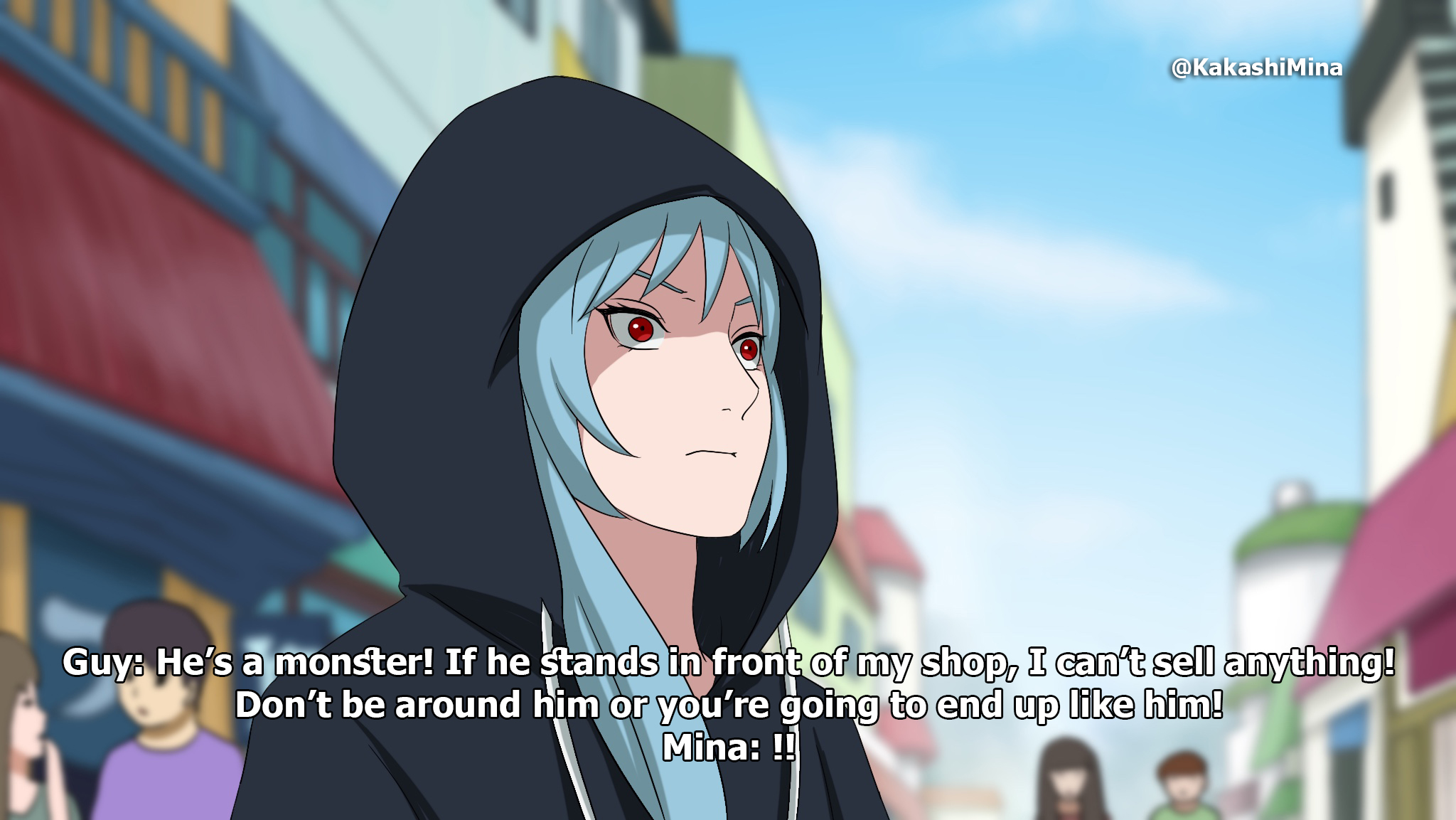 Guy: He’s a monster! If he stands in front of my shop, I can’t sell anything! Don’t be around him or you’re going to end up like him! 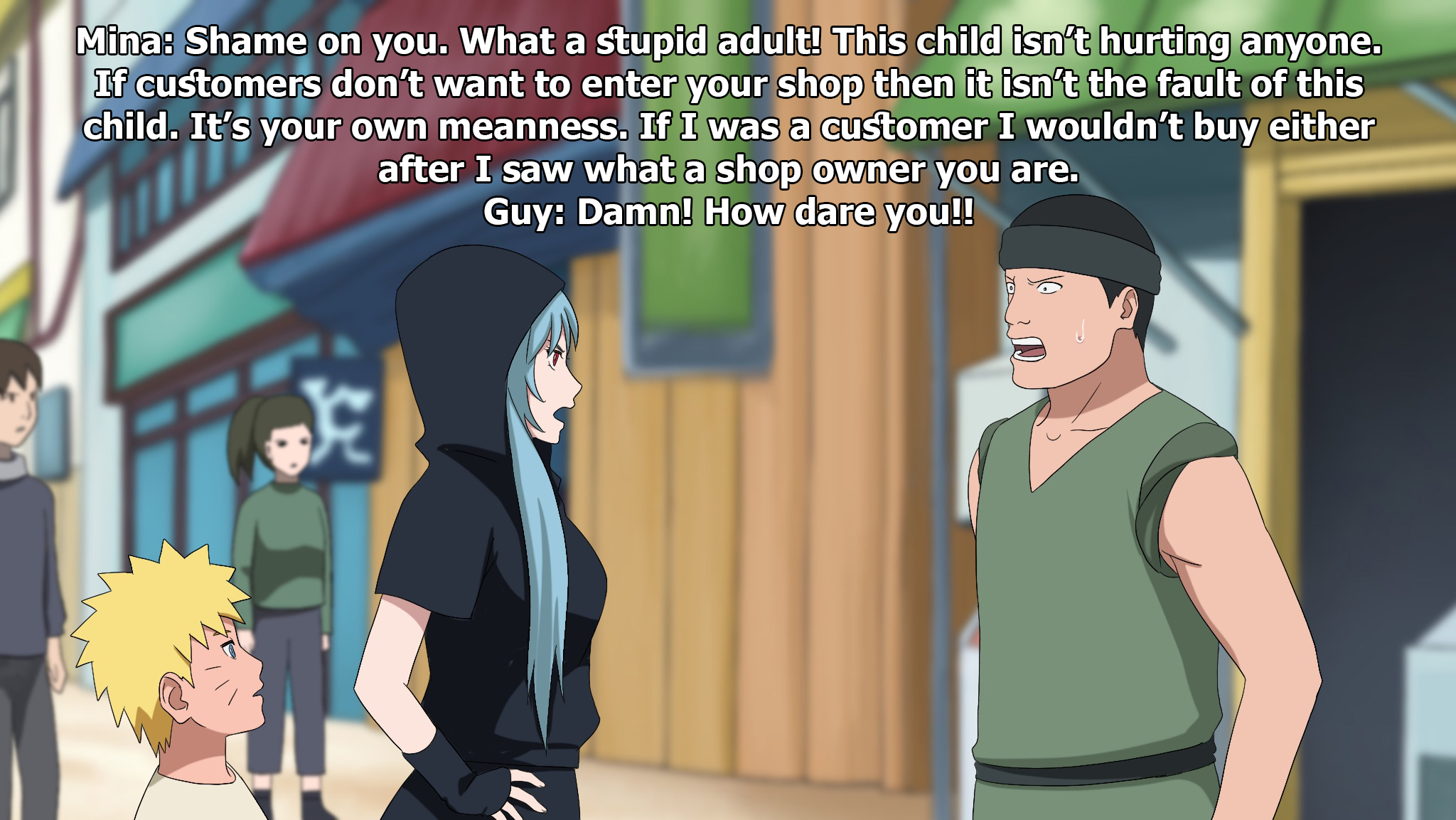 Mina: Shame on you. What a stupid adult! This child isn’t hurting anyone. If customers don’t want to enter your shop then it isn’t the fault of this child. It’s your own meanness. If I was a customer I wouldn’t buy either after I saw what a shop owner you are. 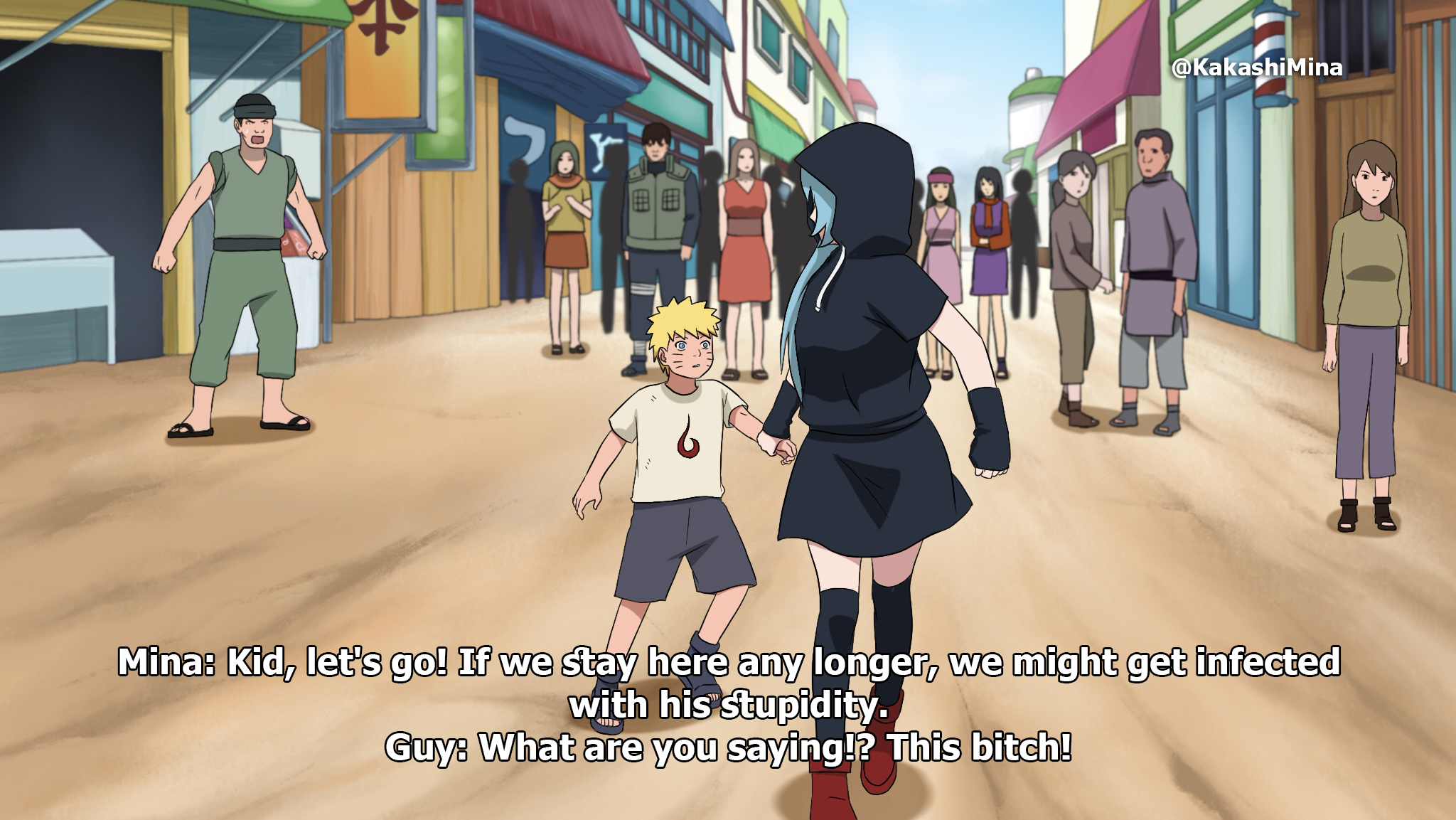 Mina: Kid, let’s go! If we stay here any longer, we might get infected with his stupidity.

Guy: What are you saying!? This bitch! 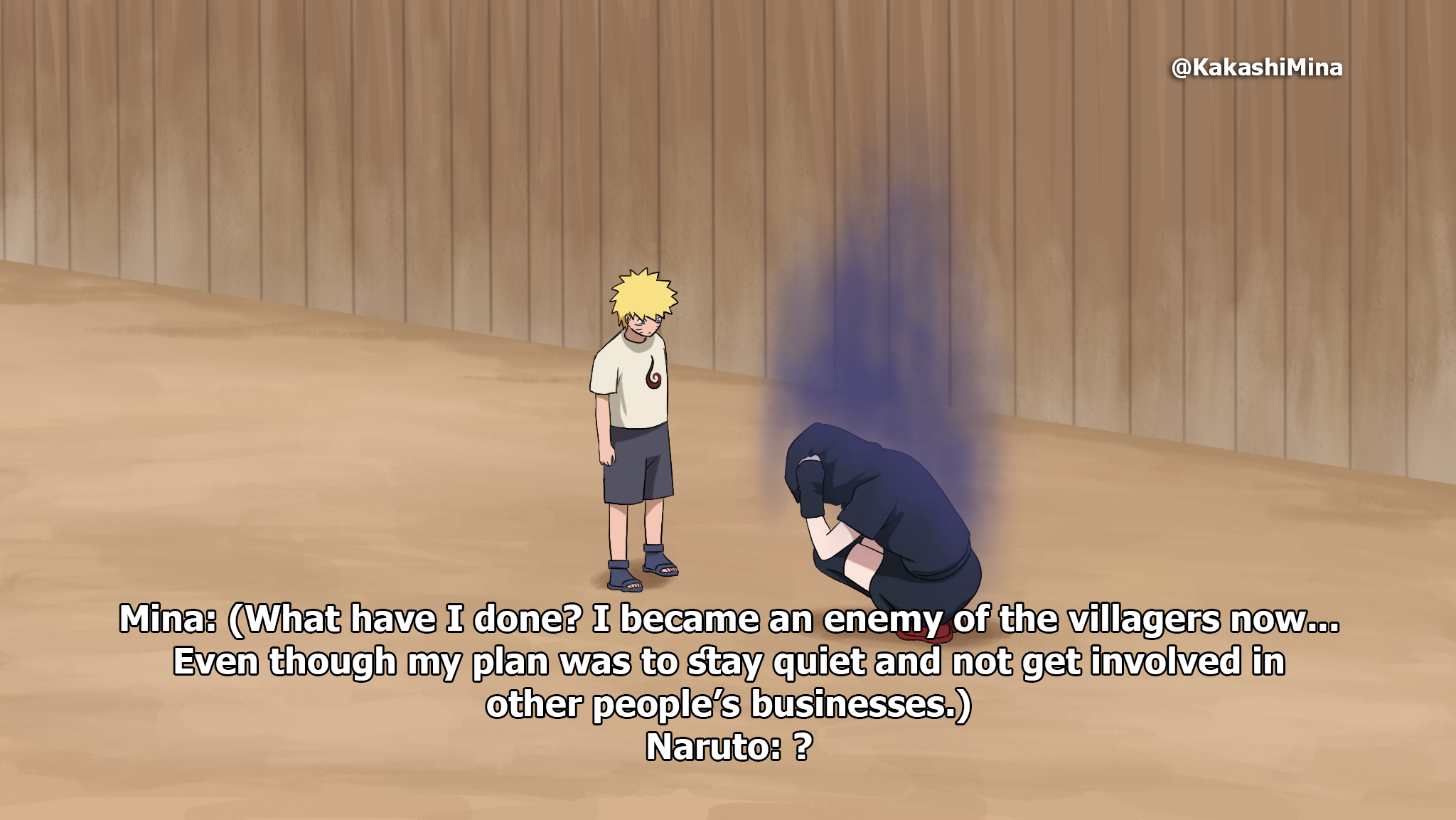 Mina: (What have I done? I became an enemy of the villagers now… Even though my plan was to stay quiet and not get involved in other people’s businesses.) 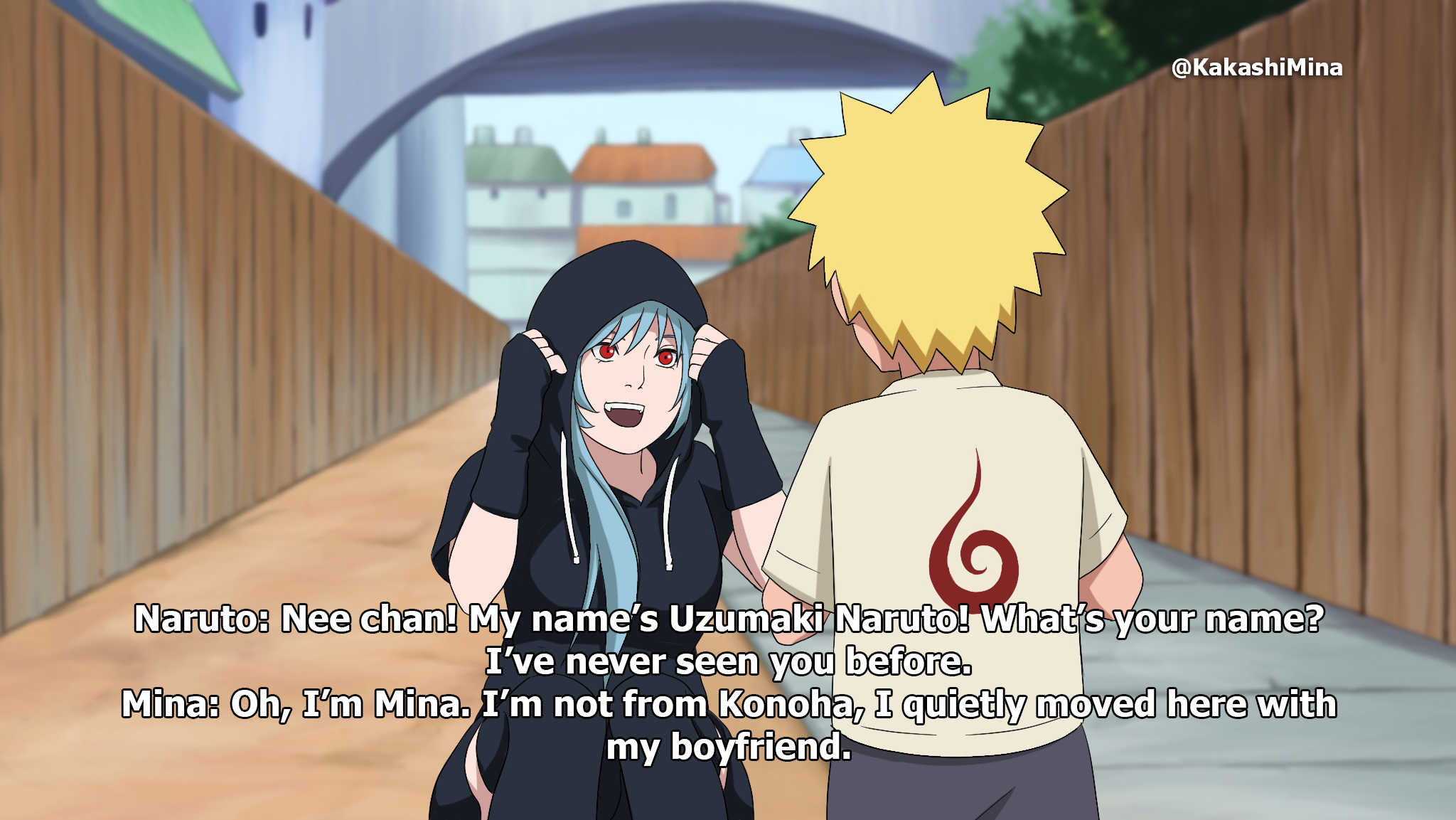 Mina: Oh, I’m Mina. I’m not from Konoha, I quietly moved here with my boyfriend. 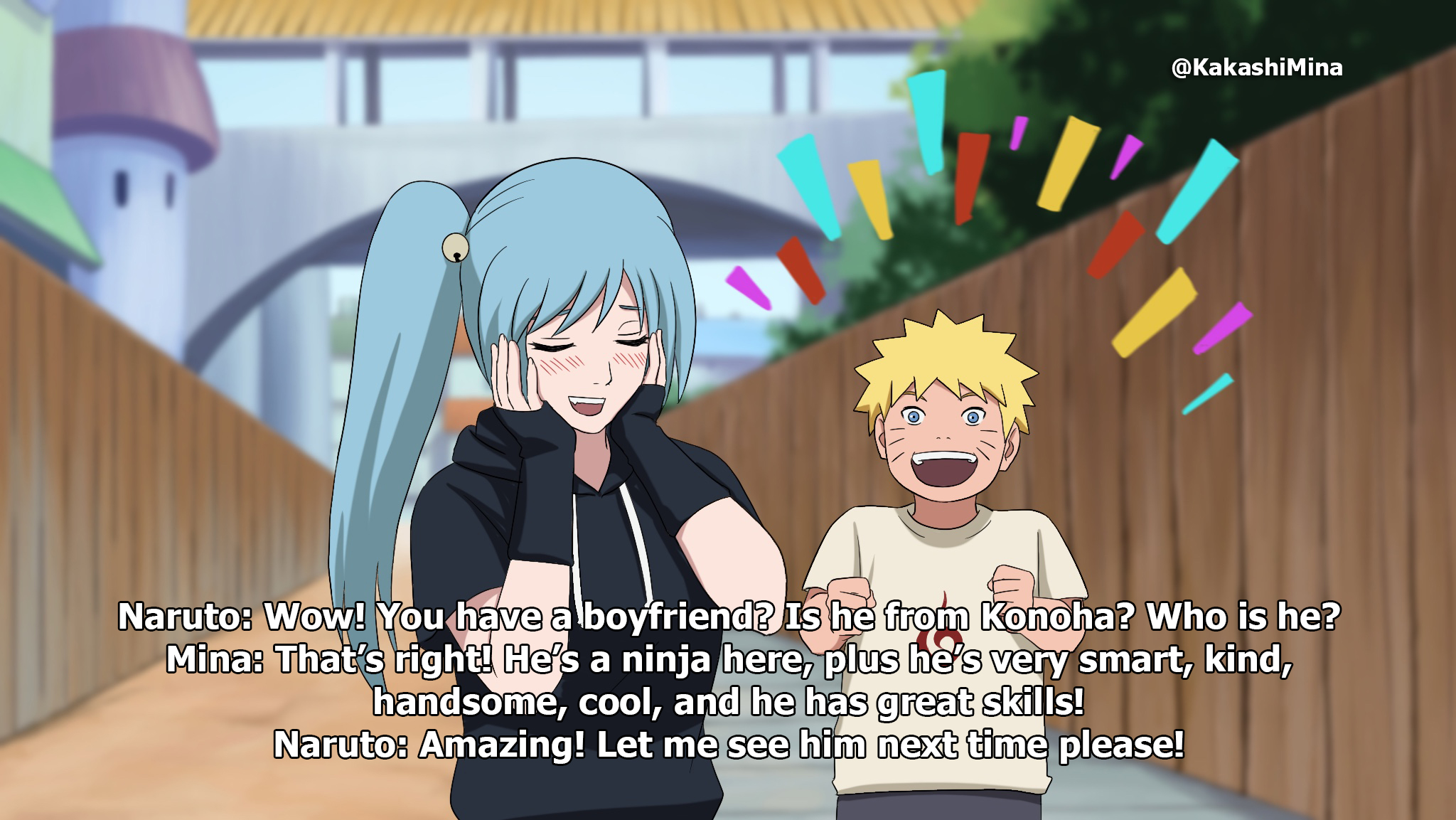 Naruto: Wow! You have a boyfriend? Is he from Konoha? Who is he?

Naruto: Amazing! Let me see him next time please! 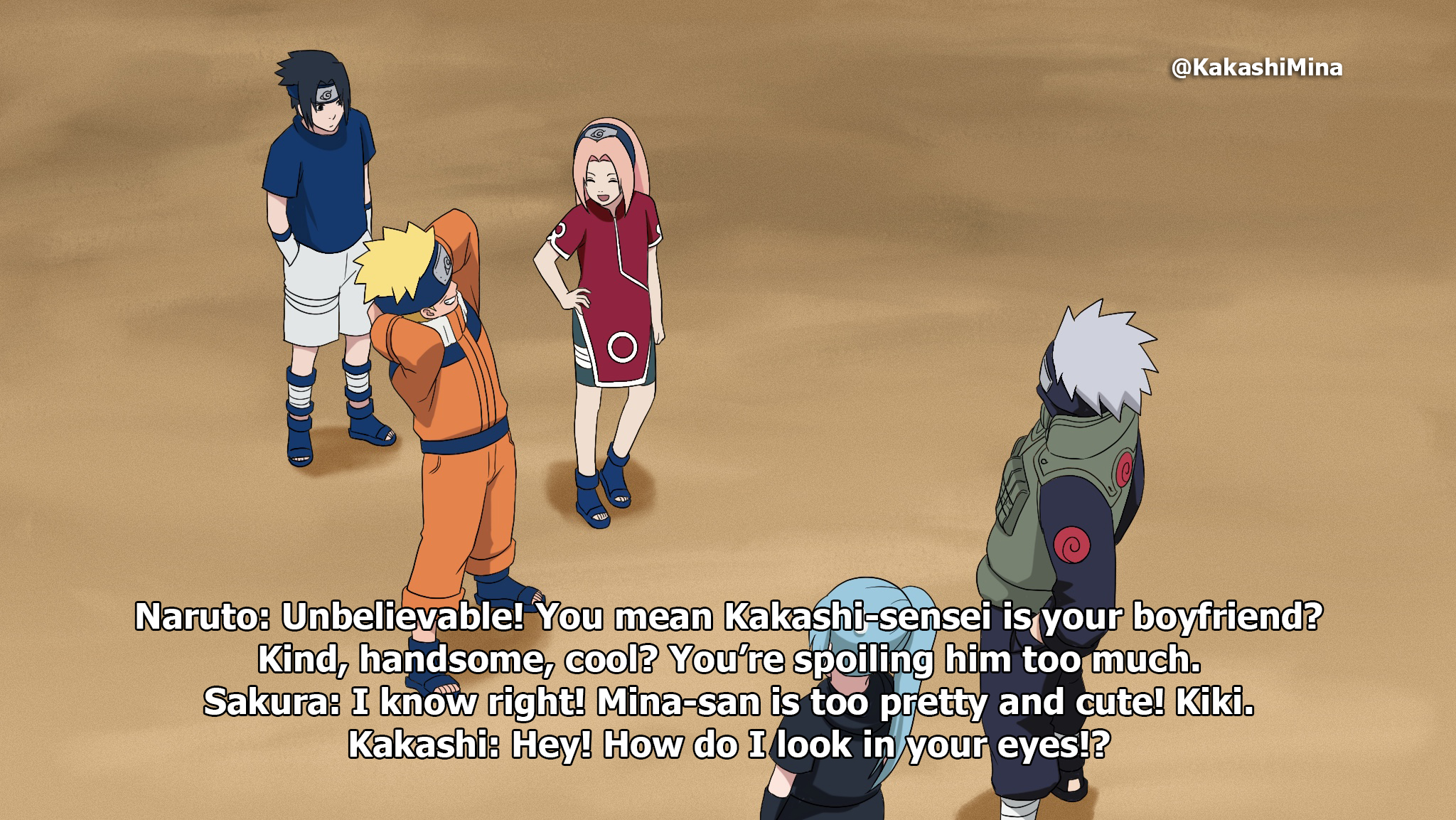 Naruto: Unbelievable! You mean Kakashi-sensei is your boyfriend? Kind, handsome, cool? You’re spoiling him too much.

Sakura: I know right! Mina-san is too pretty and cute! Kiki.

Kakashi: Hey! How do I look in your eyes!? 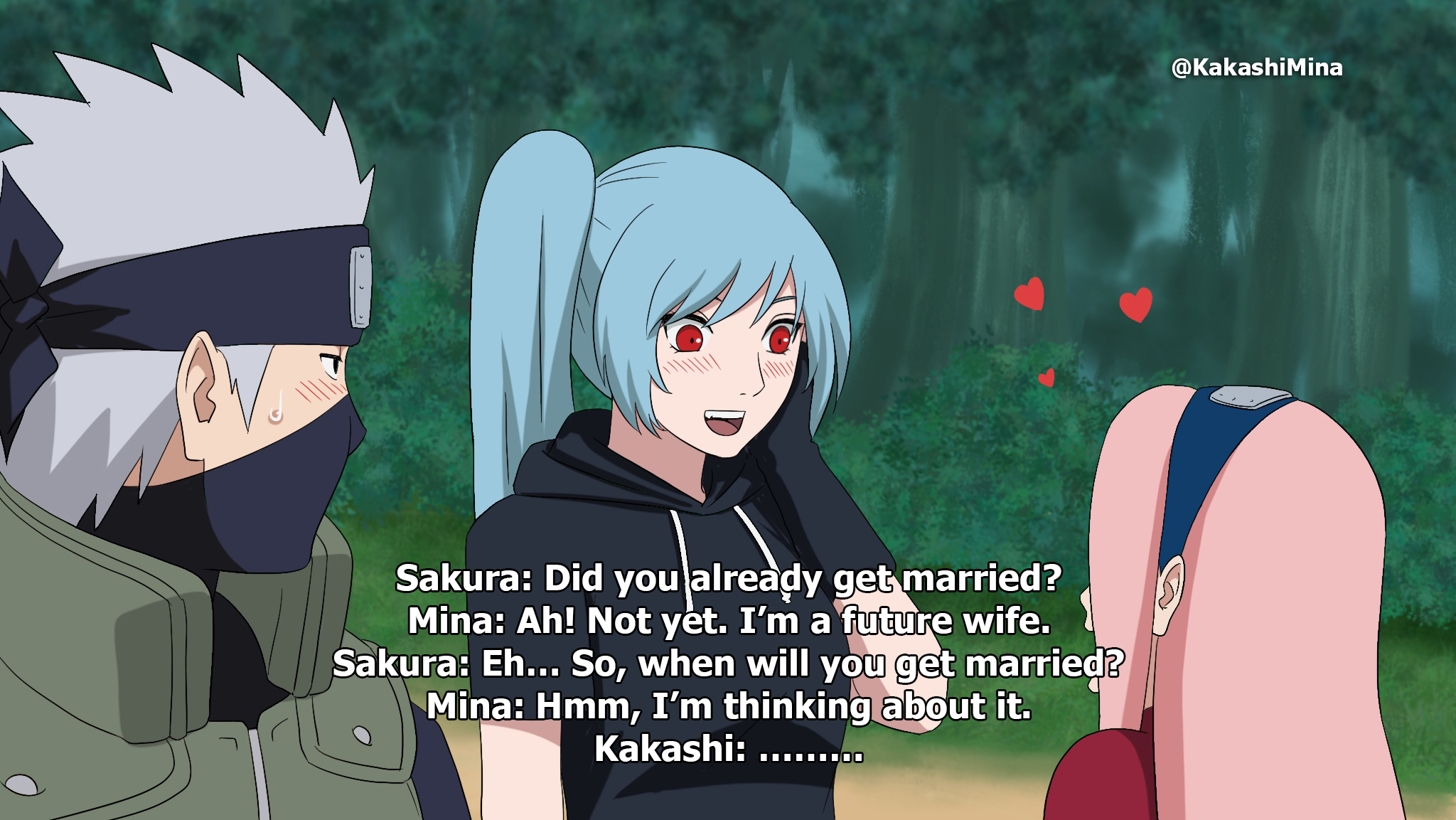 Sakura: Did you already get married?

Sakura: Eh… So, when will you get married?

Mina: Hmm, I’m thinking about it. 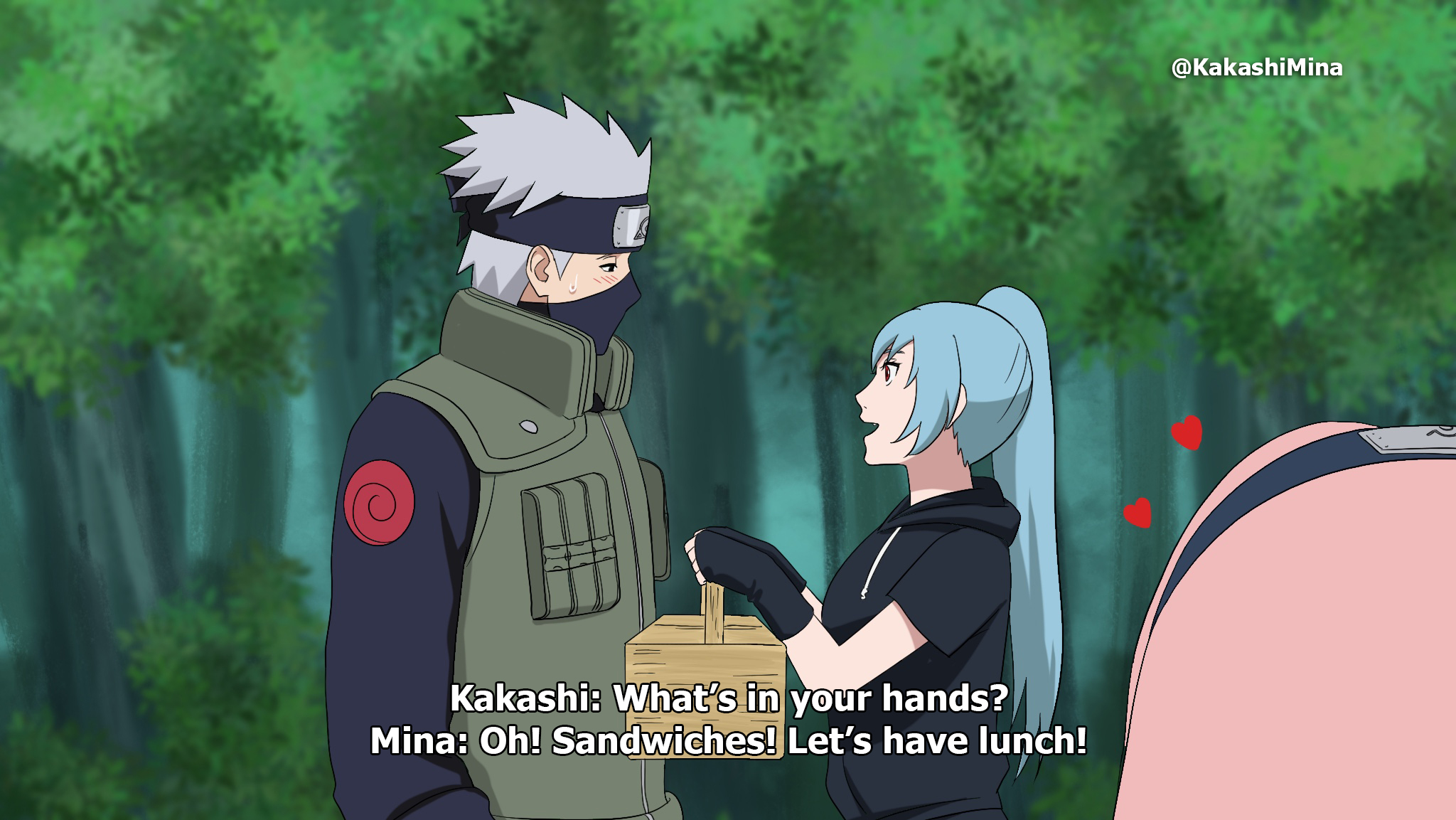 Kakashi: What’s in your hands? 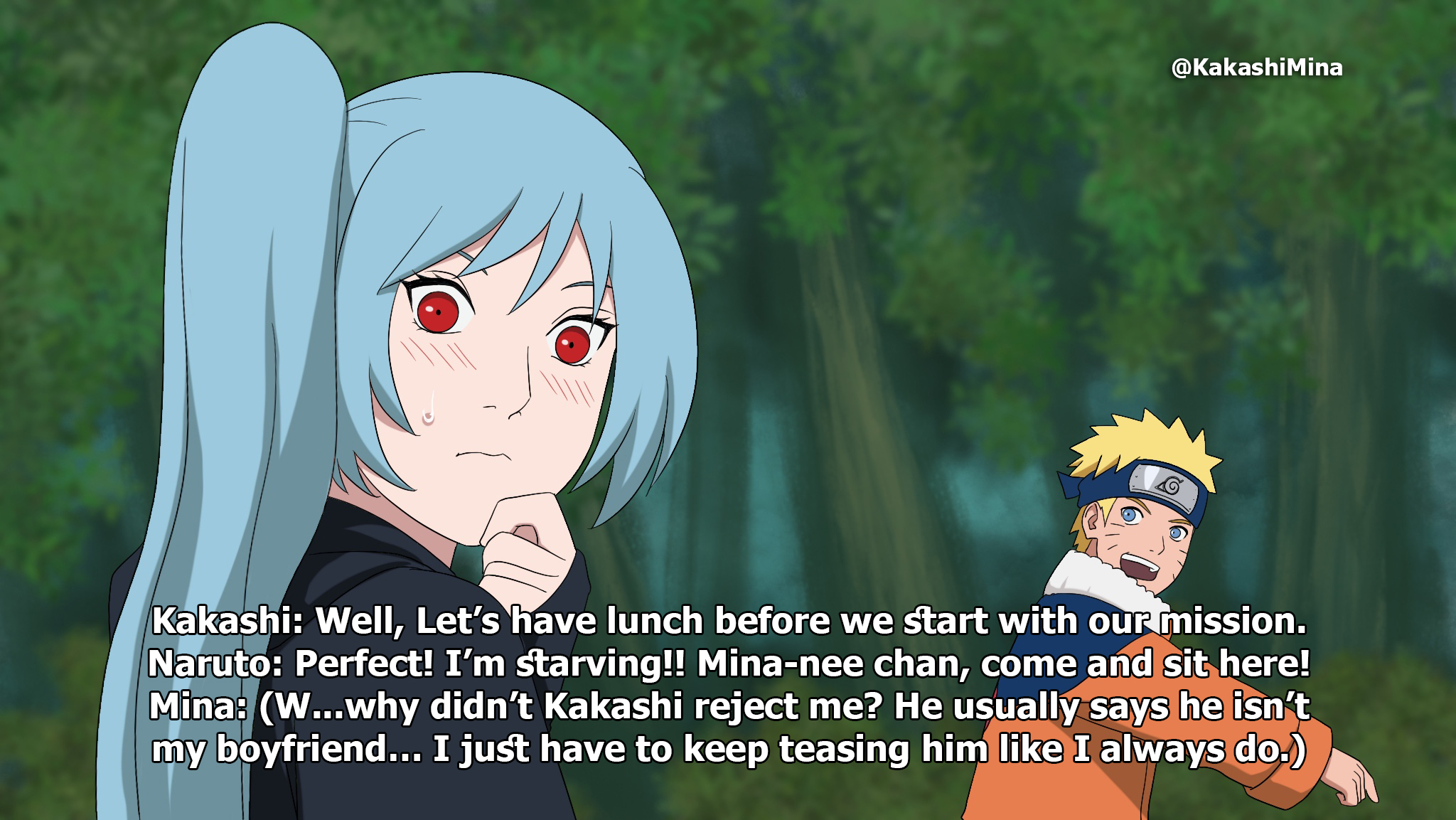 Kakashi: Well, Let’s have lunch before we start with our mission.

Mina: (W…why didn’t Kakashi reject me? He usually says he isn’t my boyfriend… I just have to keep teasing him like I always do.)

Kakashi x Mina Story (Anime Ver.) EP. 7 : Is he very important to you?

Naruto-fan#girl
Reply to  Meh self

Another great chapter! I’m in love! 😍

I just love this so much, it's amazing