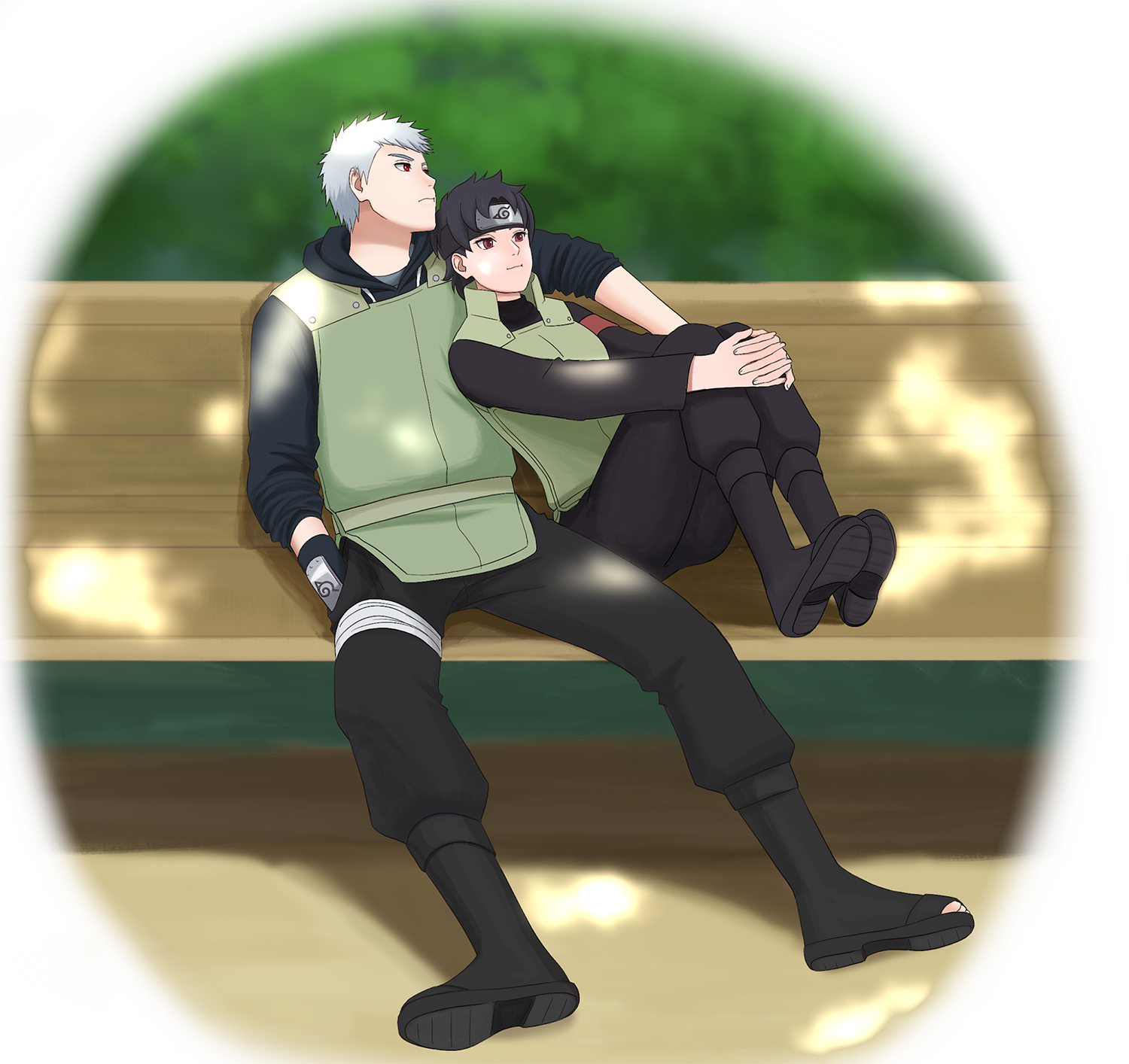 Thanks for checking my English by steviekins96. Mirai: Ken-senpai, you look a lot like Mina-san. Your eyes are so beautiful, they look like red crystals. You two also have the same fangs.

Ken: Hmm, you mean those? 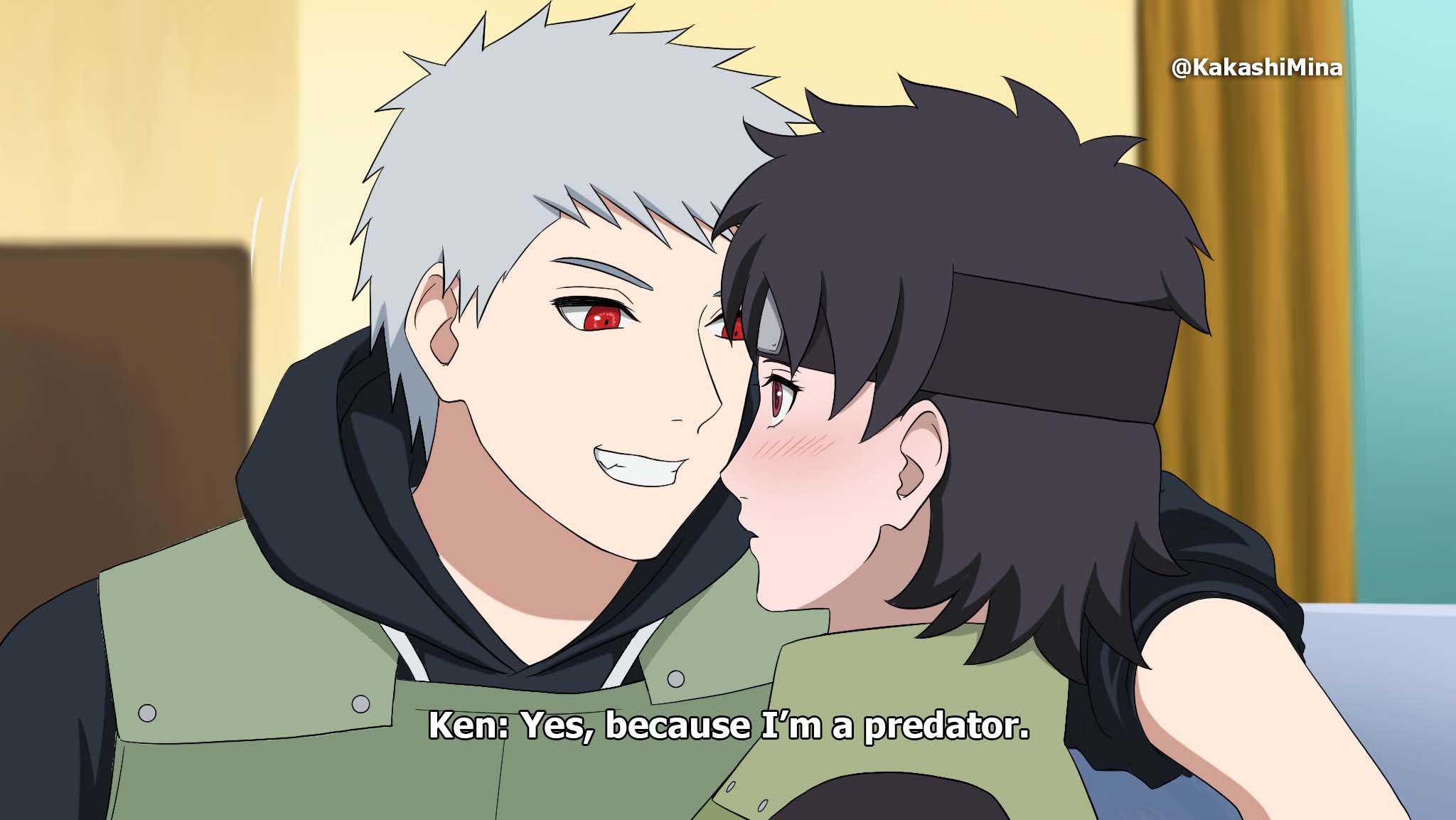 Ken: Yes, because I’m a predator. 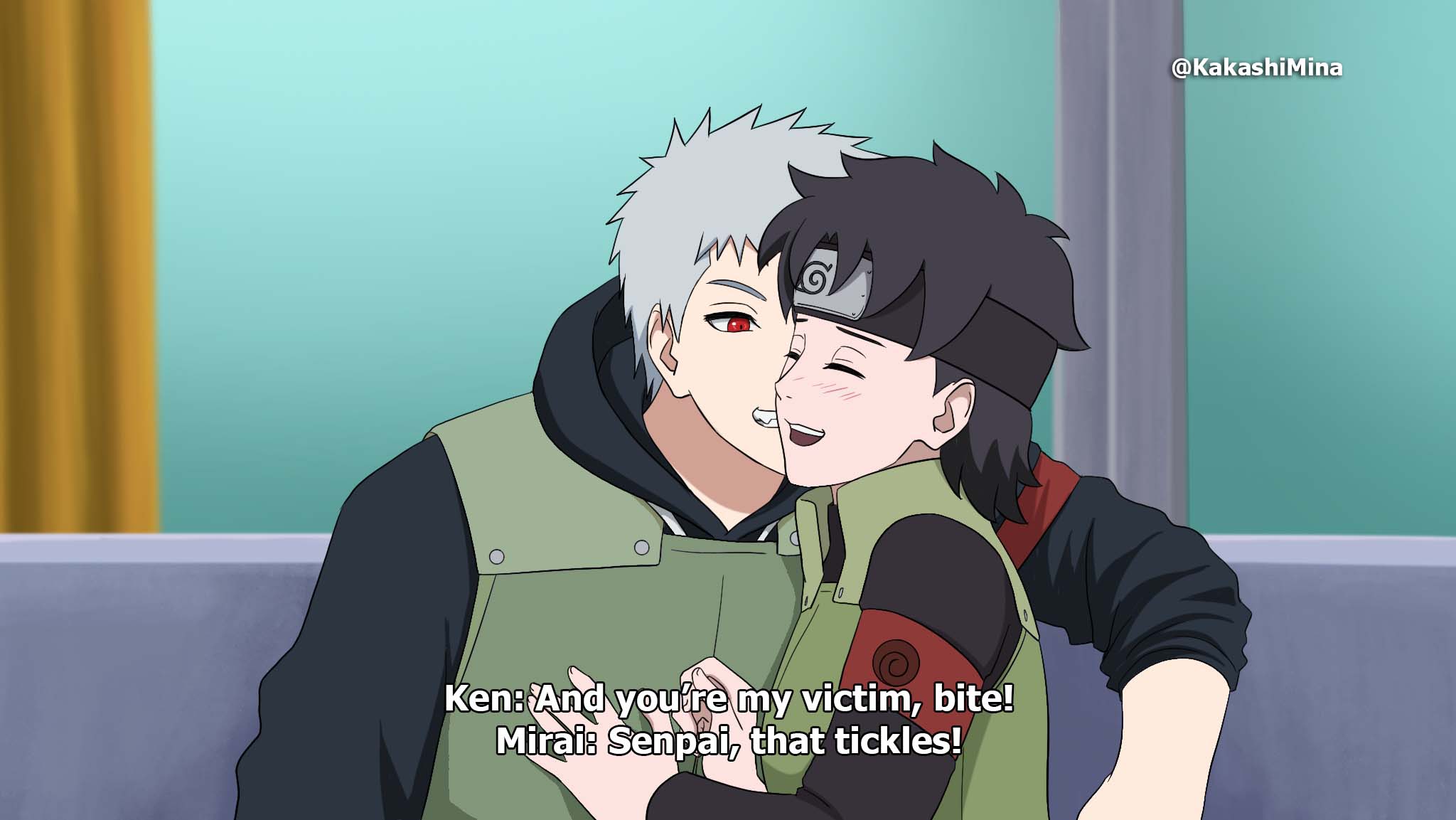 Ken: And you’re my victim, bite! 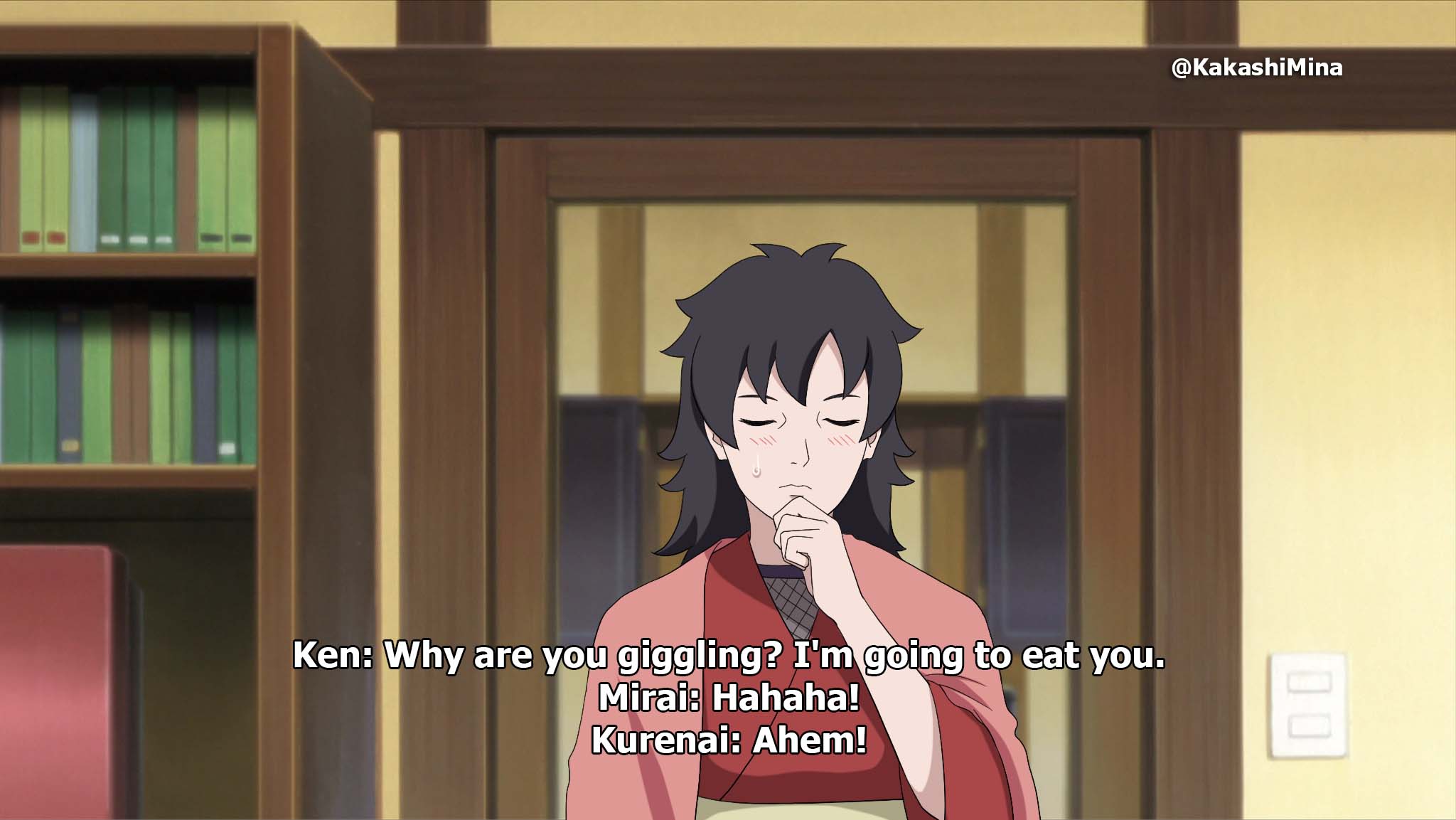 Ken: Why are you giggling? I’m going to eat you. 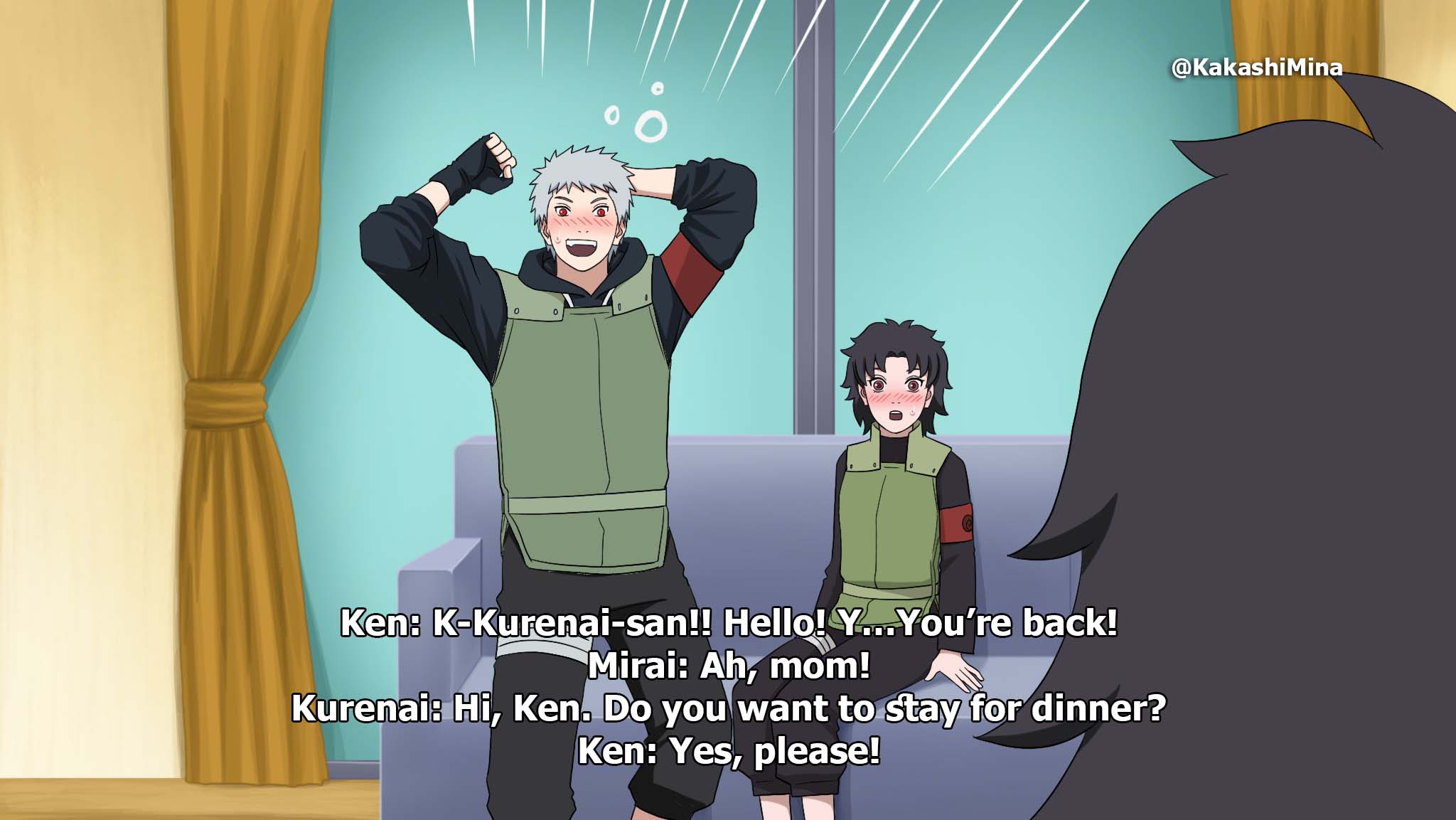 Kurenai: Hi, Ken. Do you want to stay for dinner? 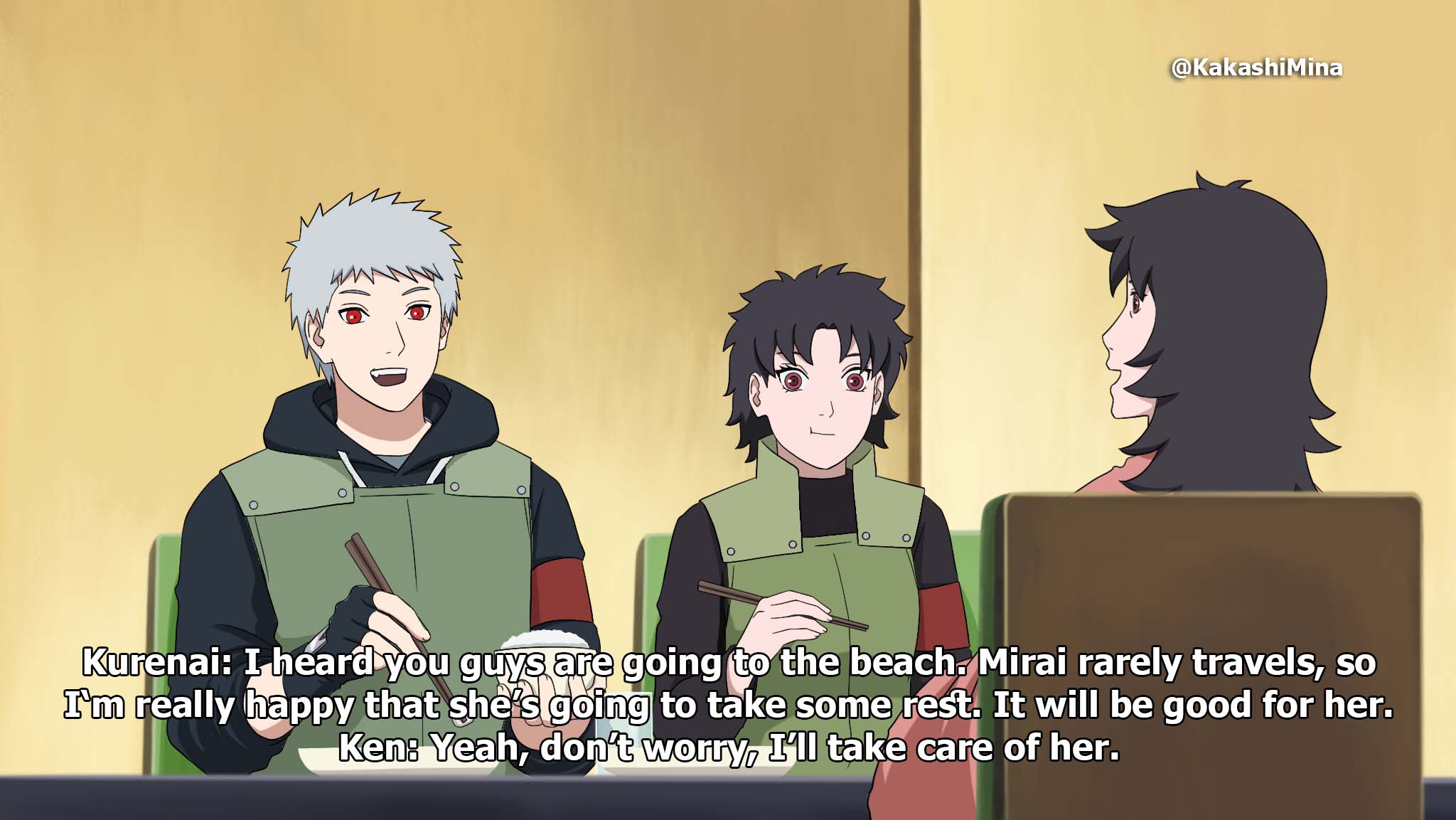 Kurenai: I heard you guys are going to the beach. Mirai rarely travels, so I‘m really happy that she’s going to take some rest. It will be good for her. 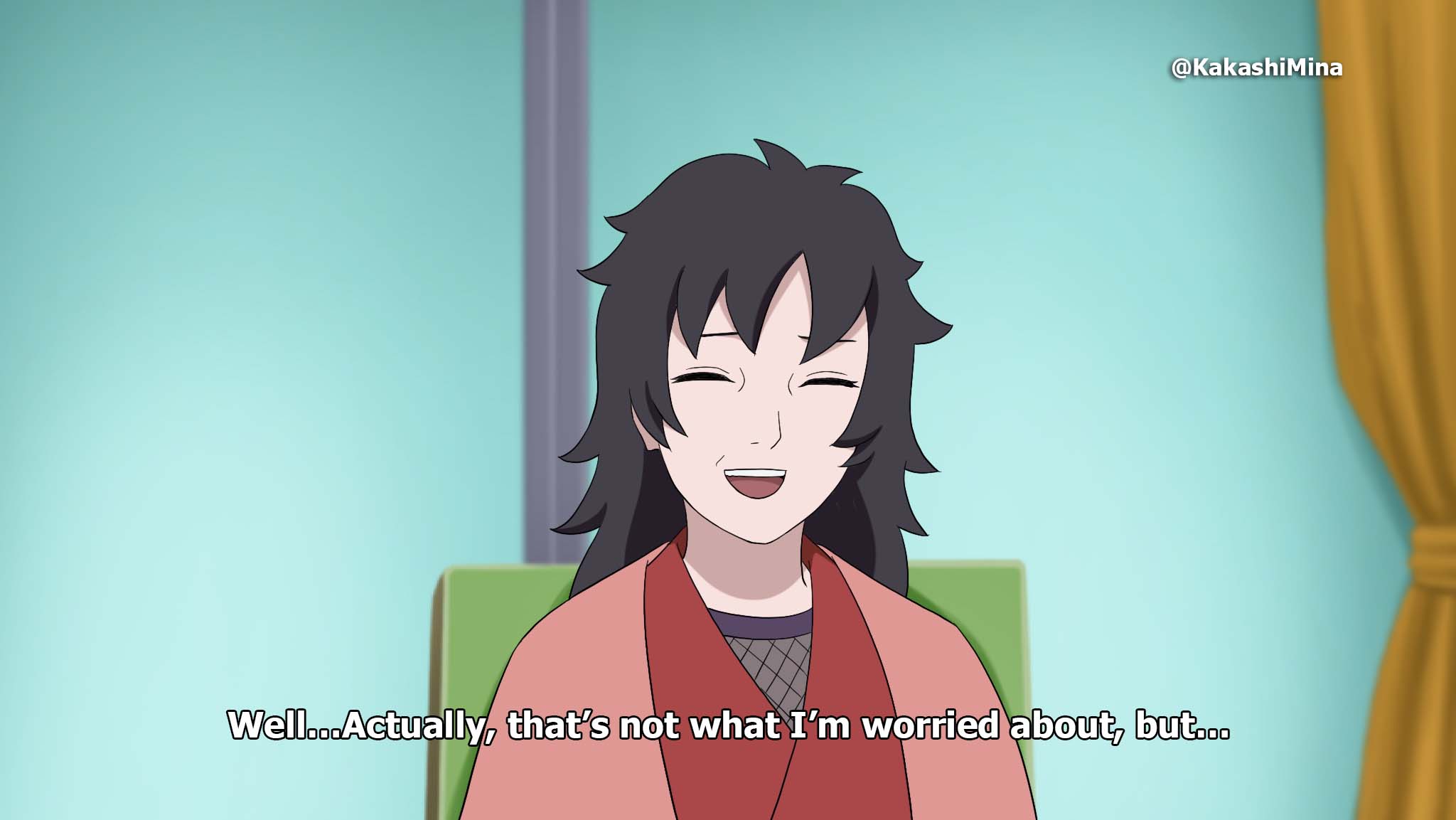 Well…Actually, that’s not what I’m worried about, but… 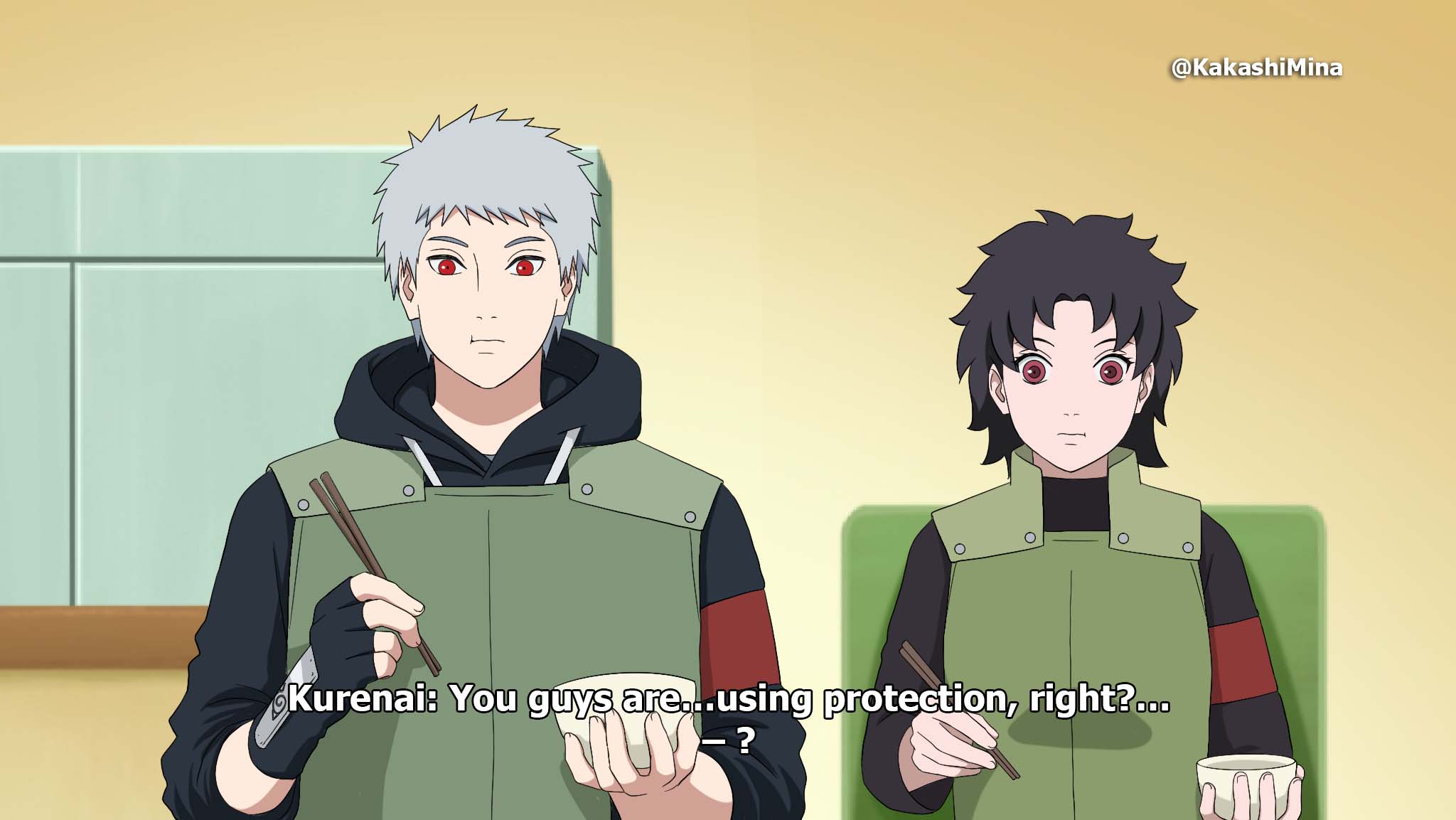 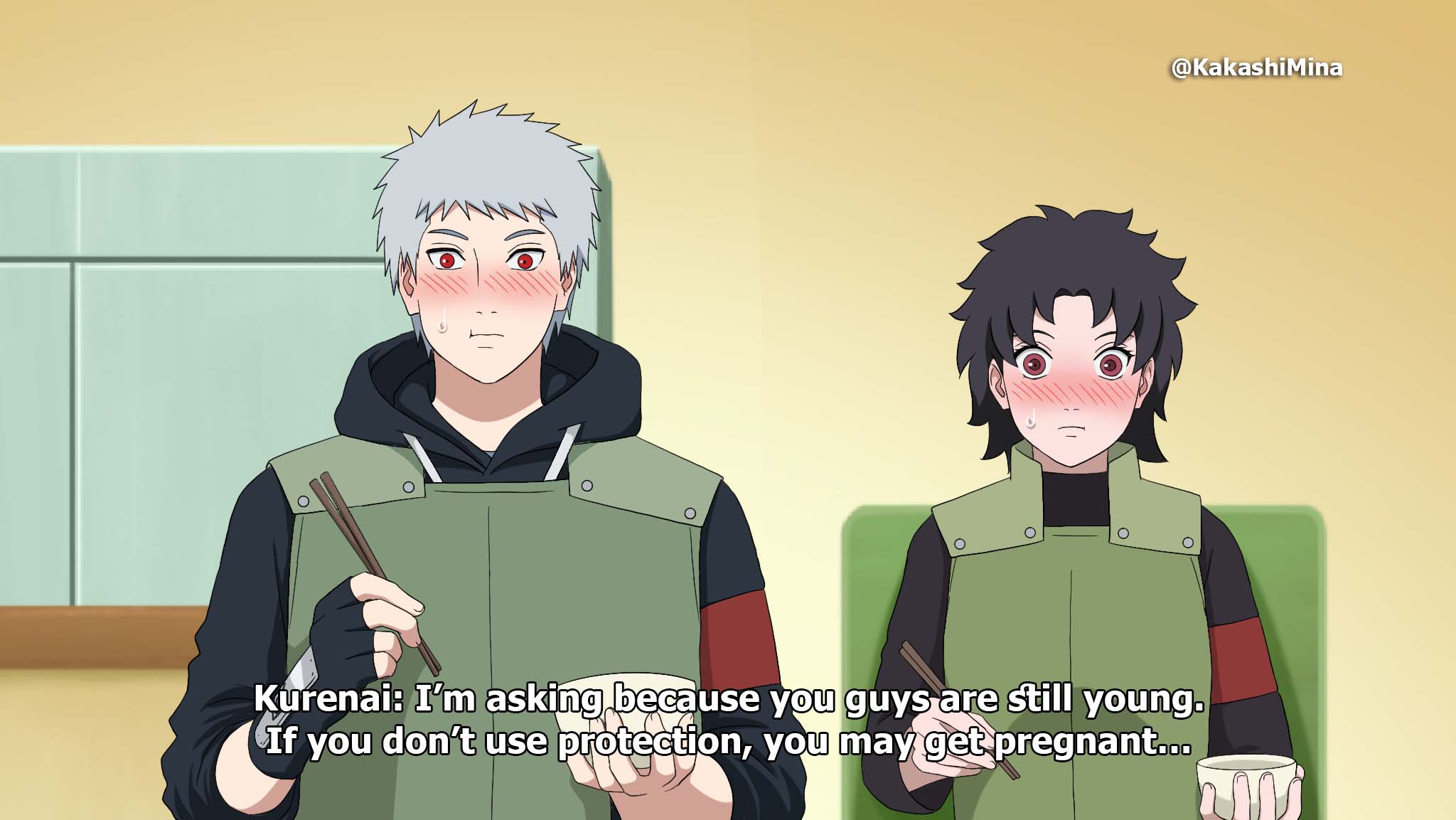 Kurenai: I’m asking because you guys are still young. If you don’t use protection, you may get pregnant… 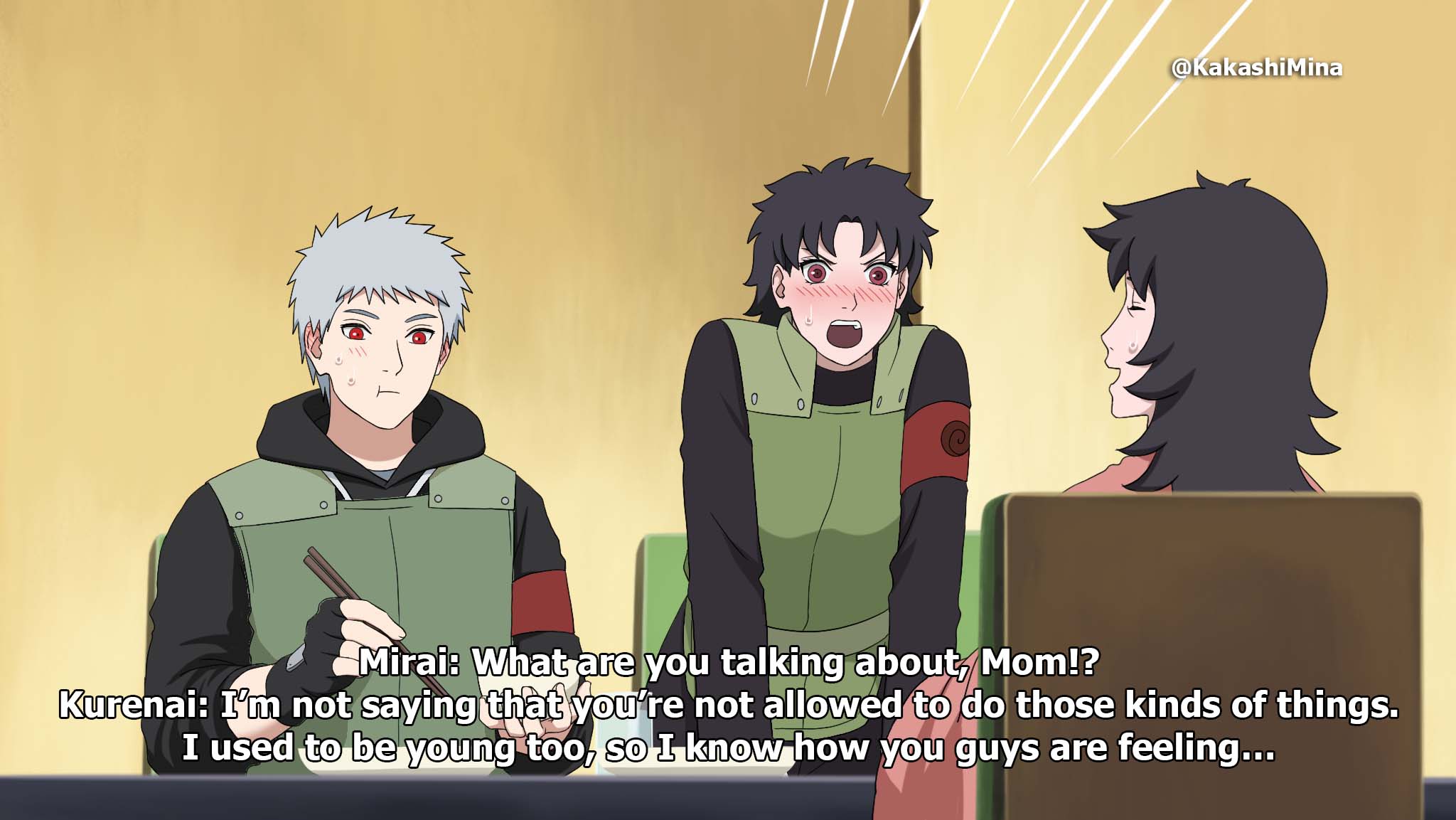 Mirai: What are you talking about, Mom!?

Kurenai: I’m not saying that you’re not allowed to do those kinds of things. I used to be young too, so I know how you guys are feeling… 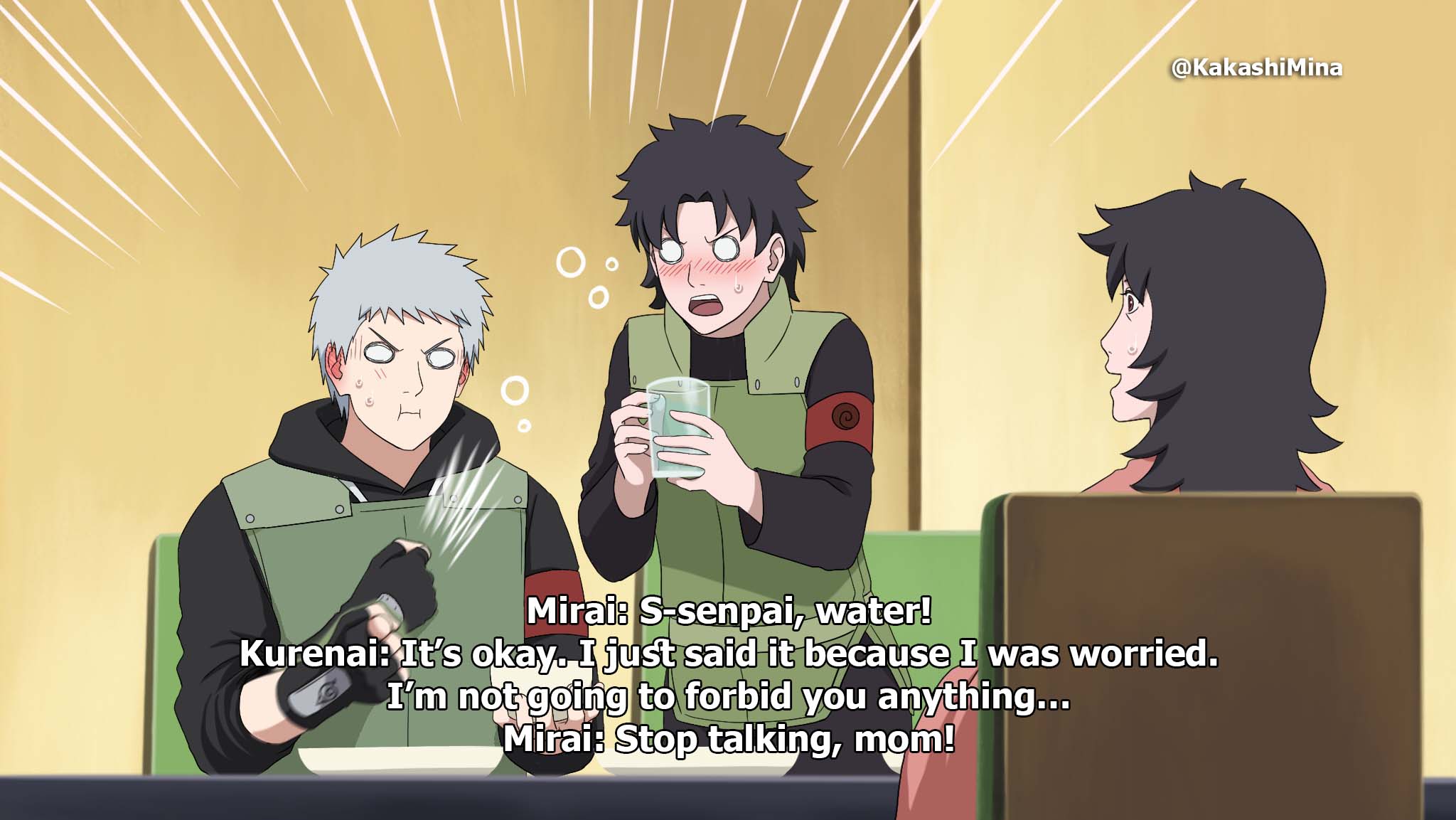 Kurenai: It’s okay. I just said it because I was worried. I’m not going to forbid you anything… 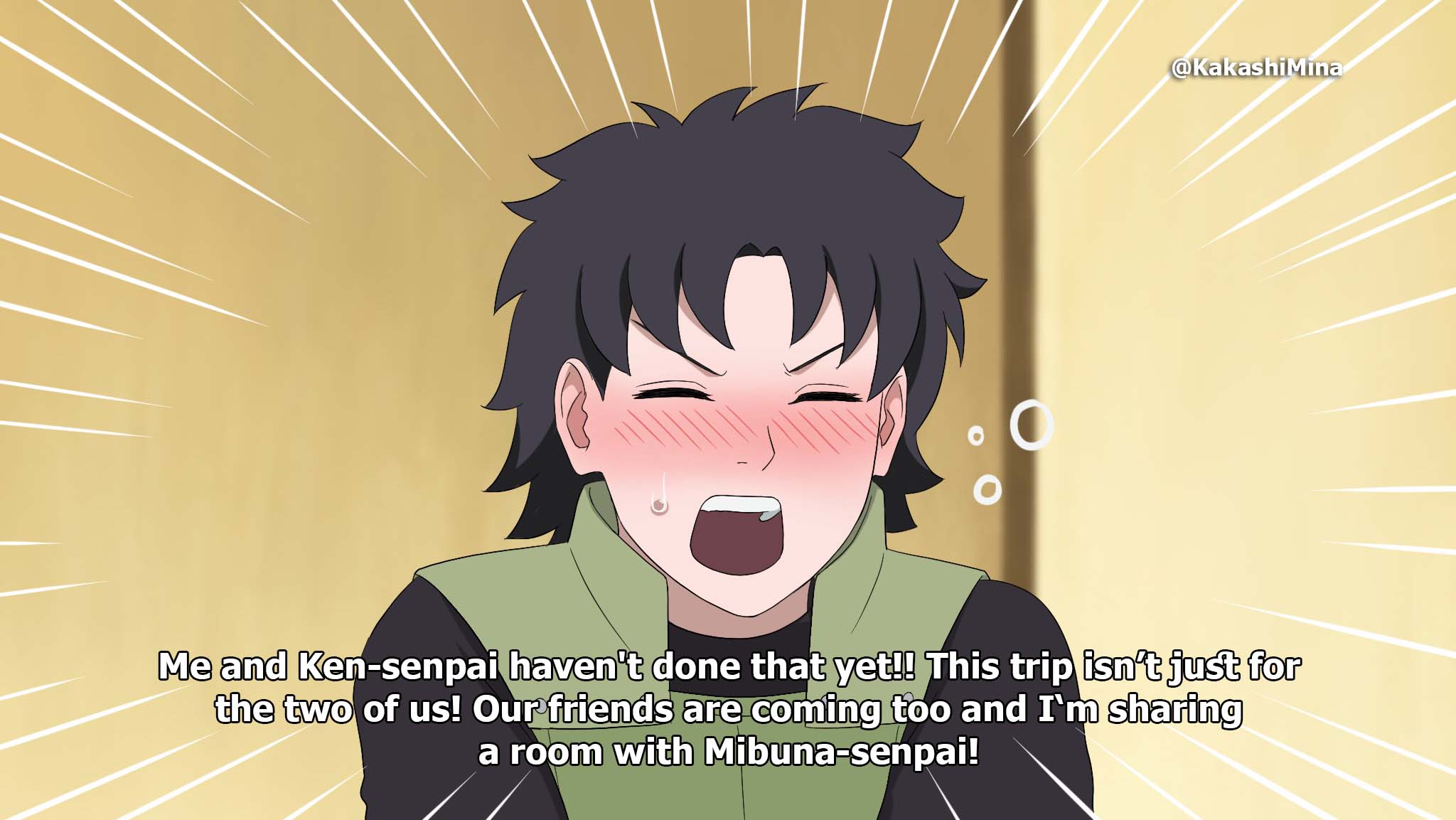 Me and Ken-senpai haven’t done that yet!! This trip isn’t just for the two of us! Our friends are coming too and I‘m sharing a room with Mibuna-senpai! 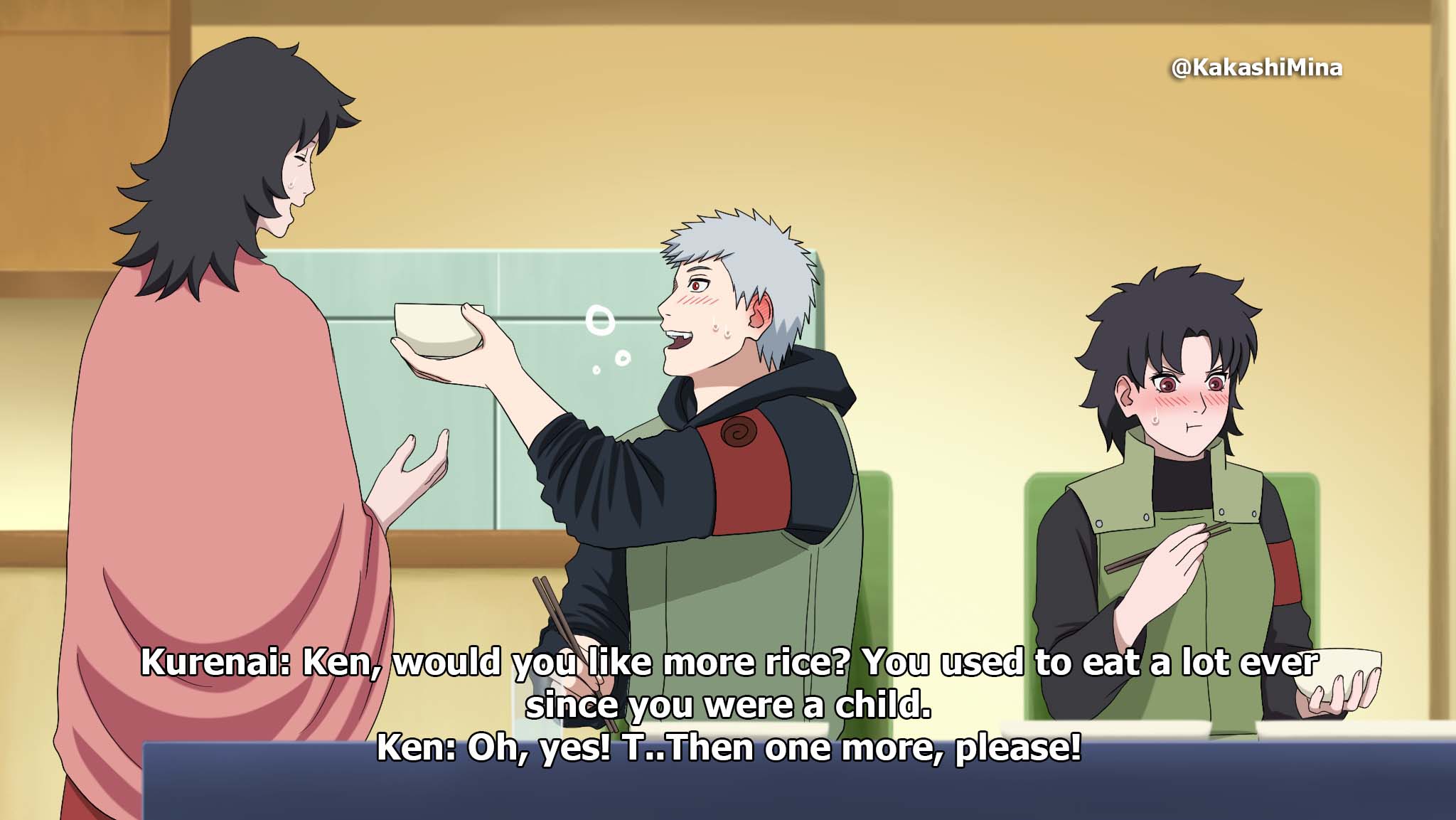 Kurenai: Ken, would you like more rice? You used to eat a lot ever since you were a child. 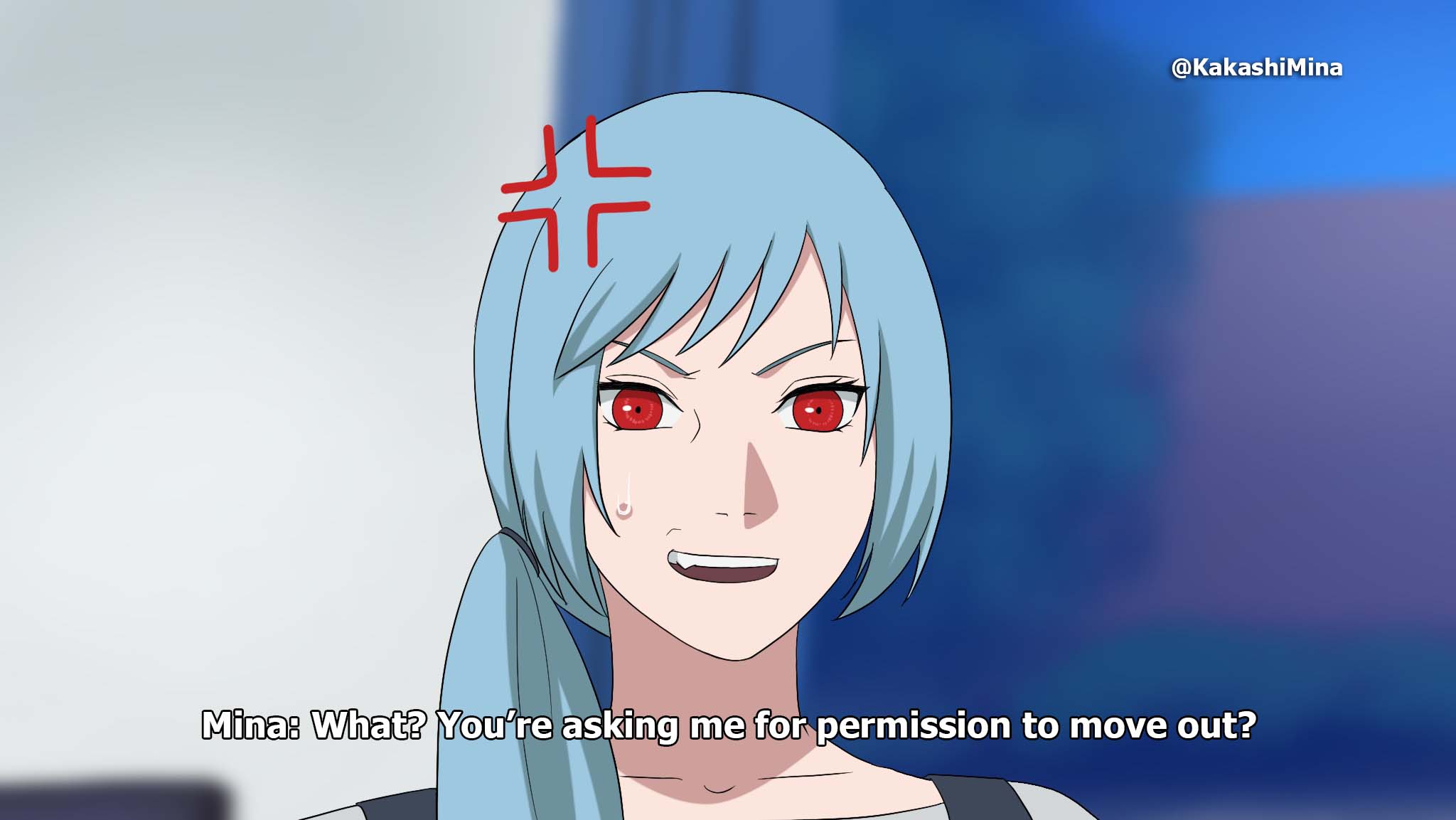 What? You’re asking me for permission to move out? 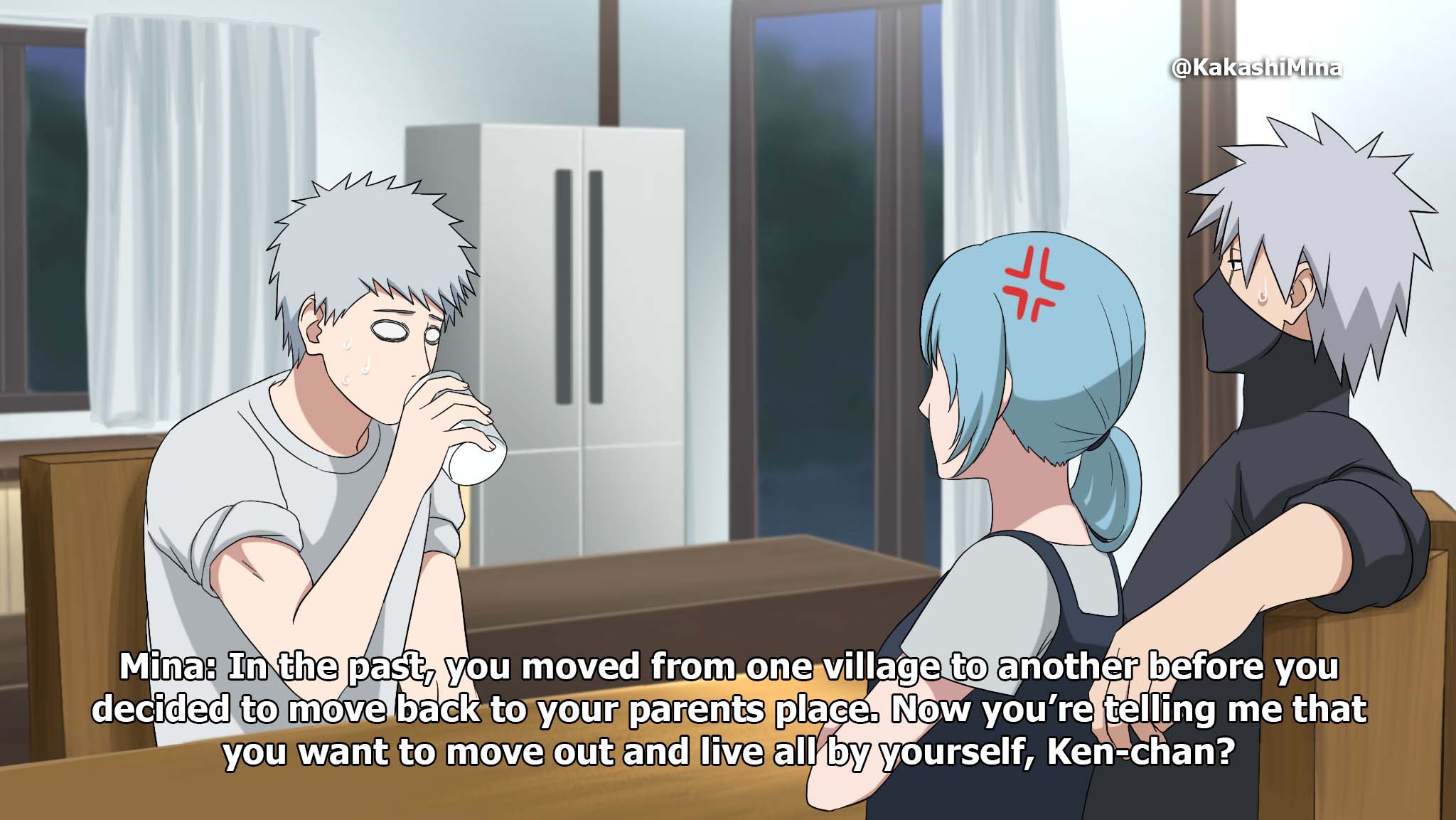 Mina: In the past, you moved from one village to another before you decided to move back to your parents place. Now you’re telling me that you want to move out and live all by yourself, Ken-chan? 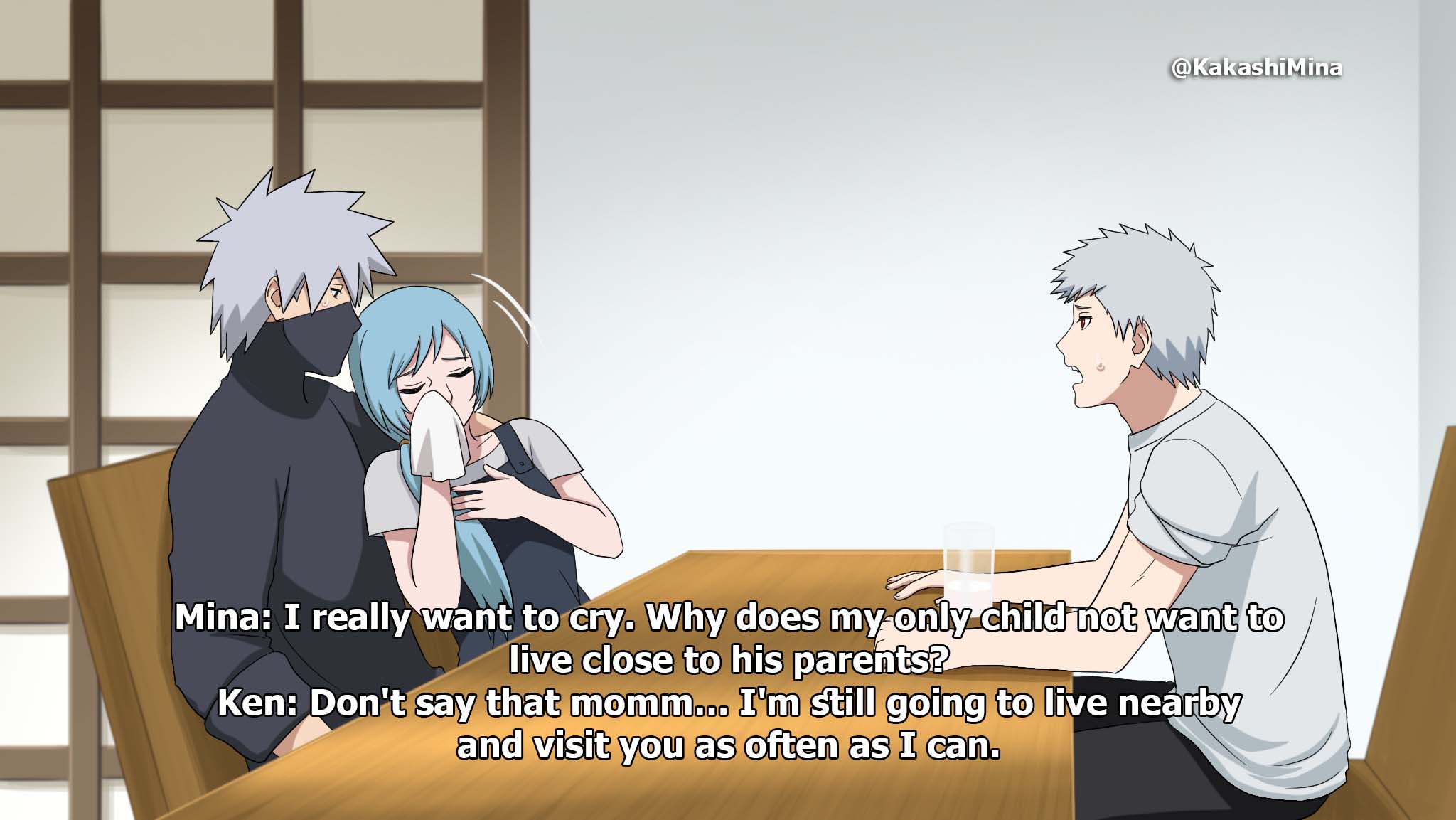 Mina: I really want to cry. Why does my only child not want to live close to his parents?

Ken: Don’t say that momm… I’m still going to live nearby and visit you as often as I can.

Kakashi: Come on, Mina. Ken is a grown up man now who has a girlfriend. It’s not strange for him to want to have his own place so he can be alone.

Mina: So what? Can’t he be a grown up man and still live with his parents? 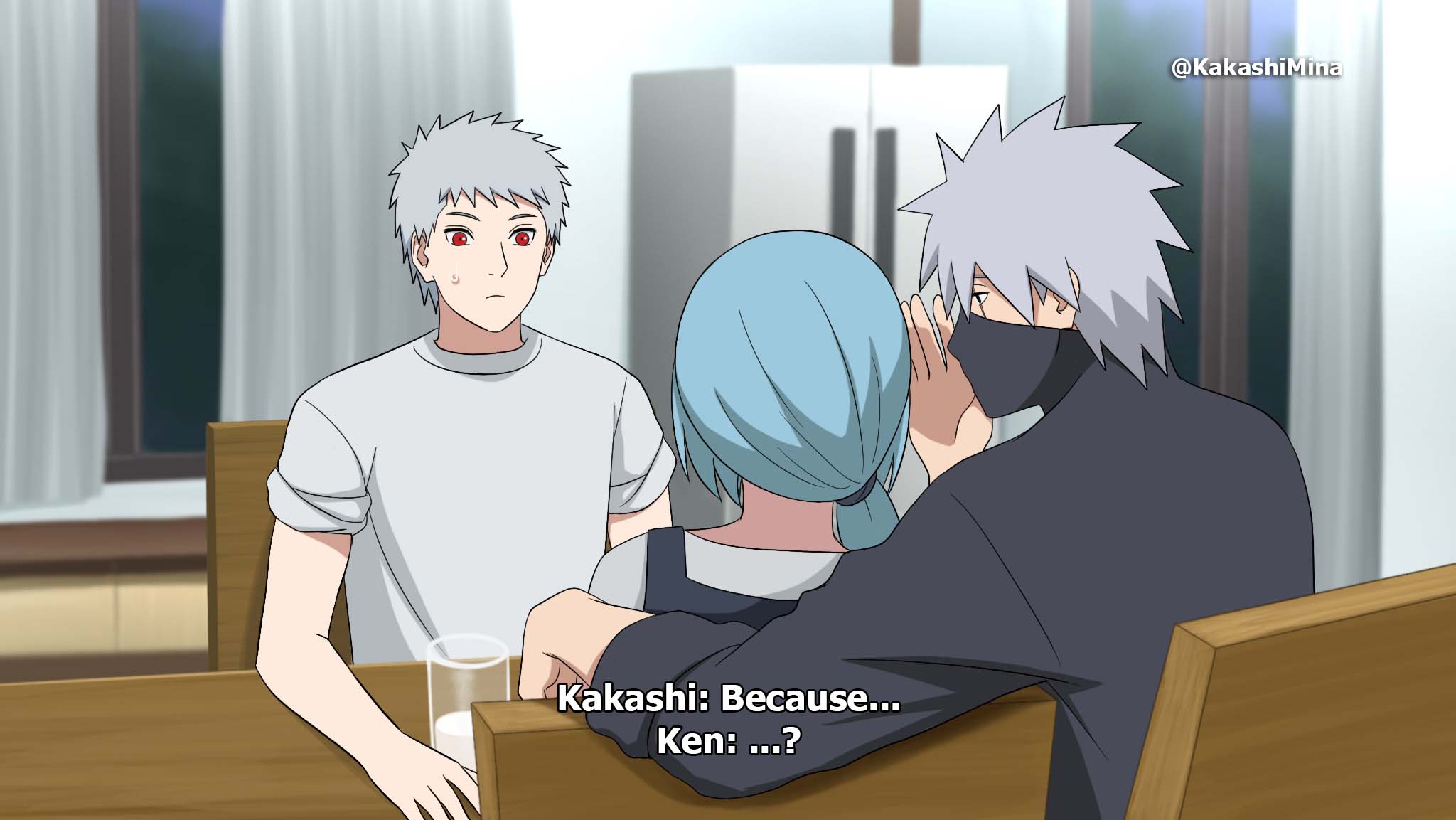 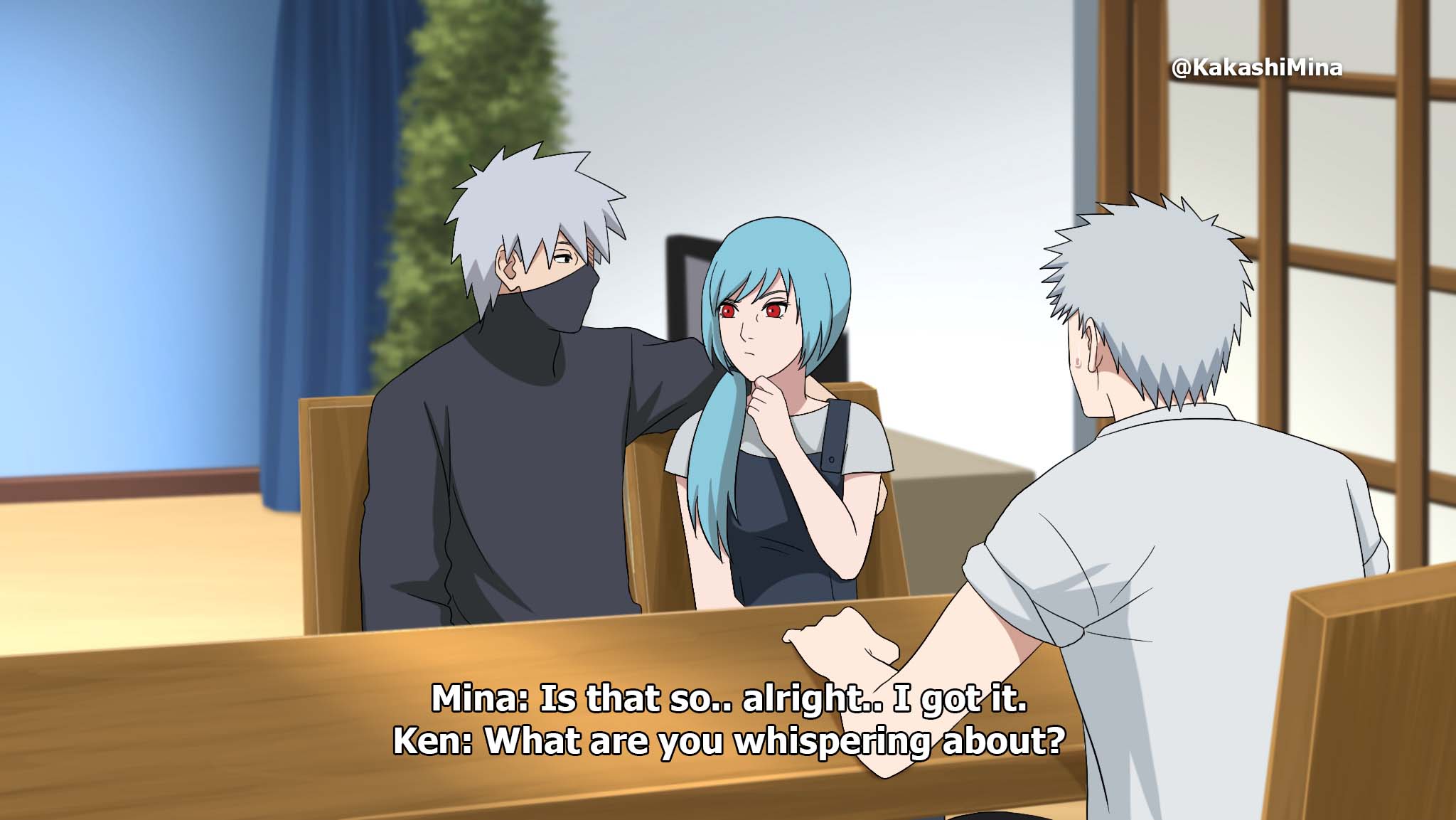 Ken: What are you whispering about? 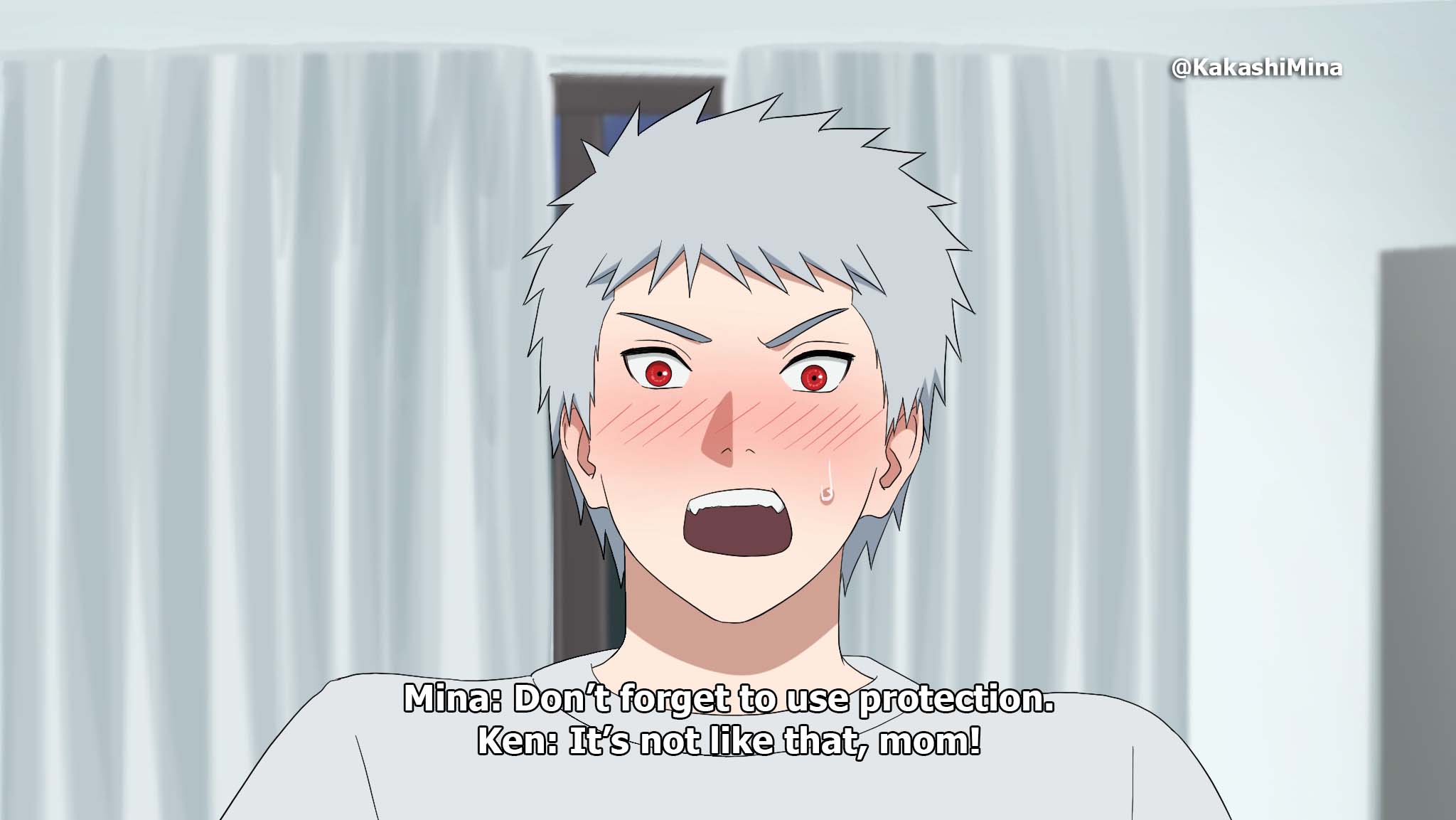 Mina: Don’t forget to use protection. 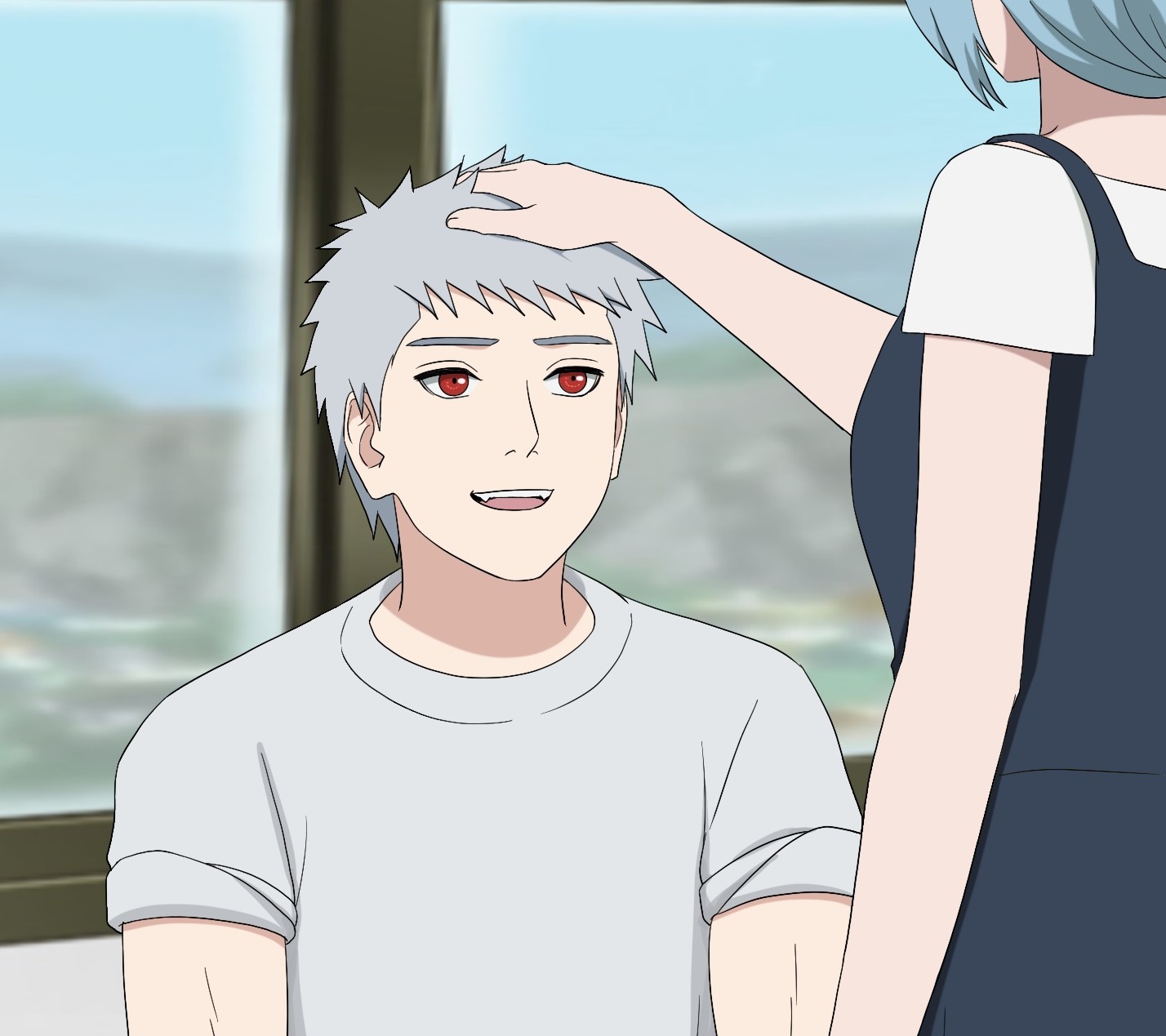 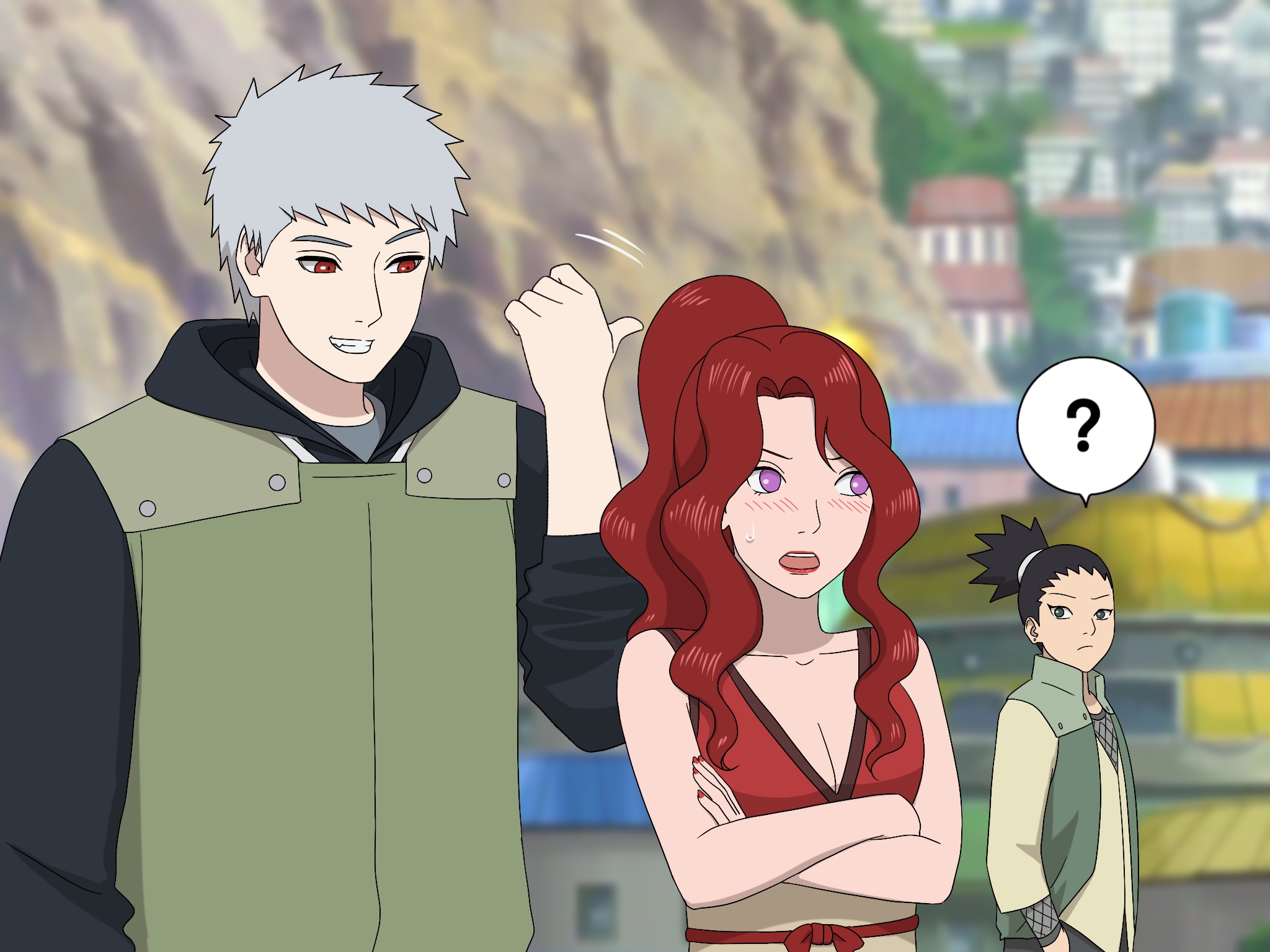 Ok i am boomer

What is protection I don’t know can someone please tell me?

Last edited 1 year ago by Ok i am boomer
Reply

Fancomiclover
Reply to  Ok i am boomer

How old are you

Ok I am a boomer
Reply to  Fancomiclover

Kaiistaken
Reply to  Ok I am a boomer

You shall not know what that is kid

Why not please tell me i am crues

Fancomiclover
Reply to  Ok I am boomer

This type of conversation is meant to be talk to with parents NOT WITH STRANGERS ONLINE.

Ok I am boomer
Reply to  Fancomiclover

Ok I am asking my parents bye.

Kaiistaken
Reply to  Ok I am boomer

No don’t ask them idiot.

I understand but his parents can punish him very badly.

Kaiistaken
Reply to  Ok I am boomer

Ok I think we should this conversation for now . Bye

Fancomiclover
Reply to  Ok I am boomer

Bye to this conversation

What make ken to decide that he want to live on his own?

Will he ever move out though

Yes, He will move out after this. XD

did kakashi and mina ever fight , I’m curious😅

Ah let me dream a little too kkk

As Sasori says "I think it's good not to take too long, you know very well that I hate to wait" kkk

What? I want right now so kk

Omg this was sooo good please make a pt 2!

Why why why I m unlucky

It was just me talking about an episode on the beach that already had a preview, coincidence? I think so kk, looking forward to seeing my waifu Mirai in a bikini.

Amazing piece credits to the maker