Ken: Hi, Did you guys go to the market?

Ken: Hey, Hima-chan, come here. We rarely see each other anymore. Did you miss me?

Boruto: Ken-nii chan! Get away from her! Don’t mess with Hima!

Ken: Oii!! Baka!! Stop being an overprotective brat! Why do you have to be so lucky to have such a cute little sister?! I’m jealous! 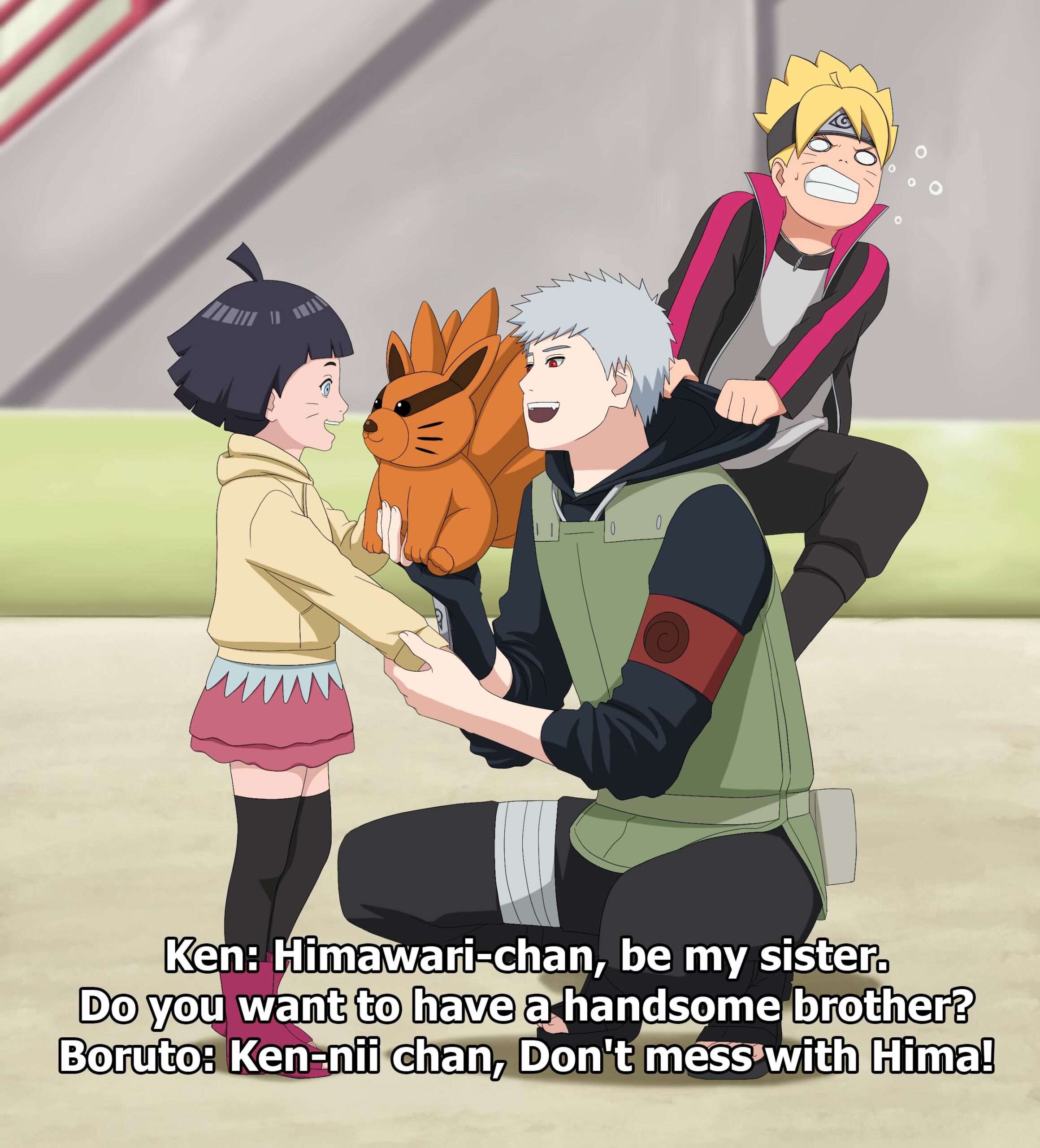 Ken: Himawari-chan, be my sister. Do you want to have a handsome brother?

[He really wants to have a younger sister, he doesn’t want a brother (In fact, he doesn’t like kids because he thinks they are annoying). His mother only wanted to have one child.] 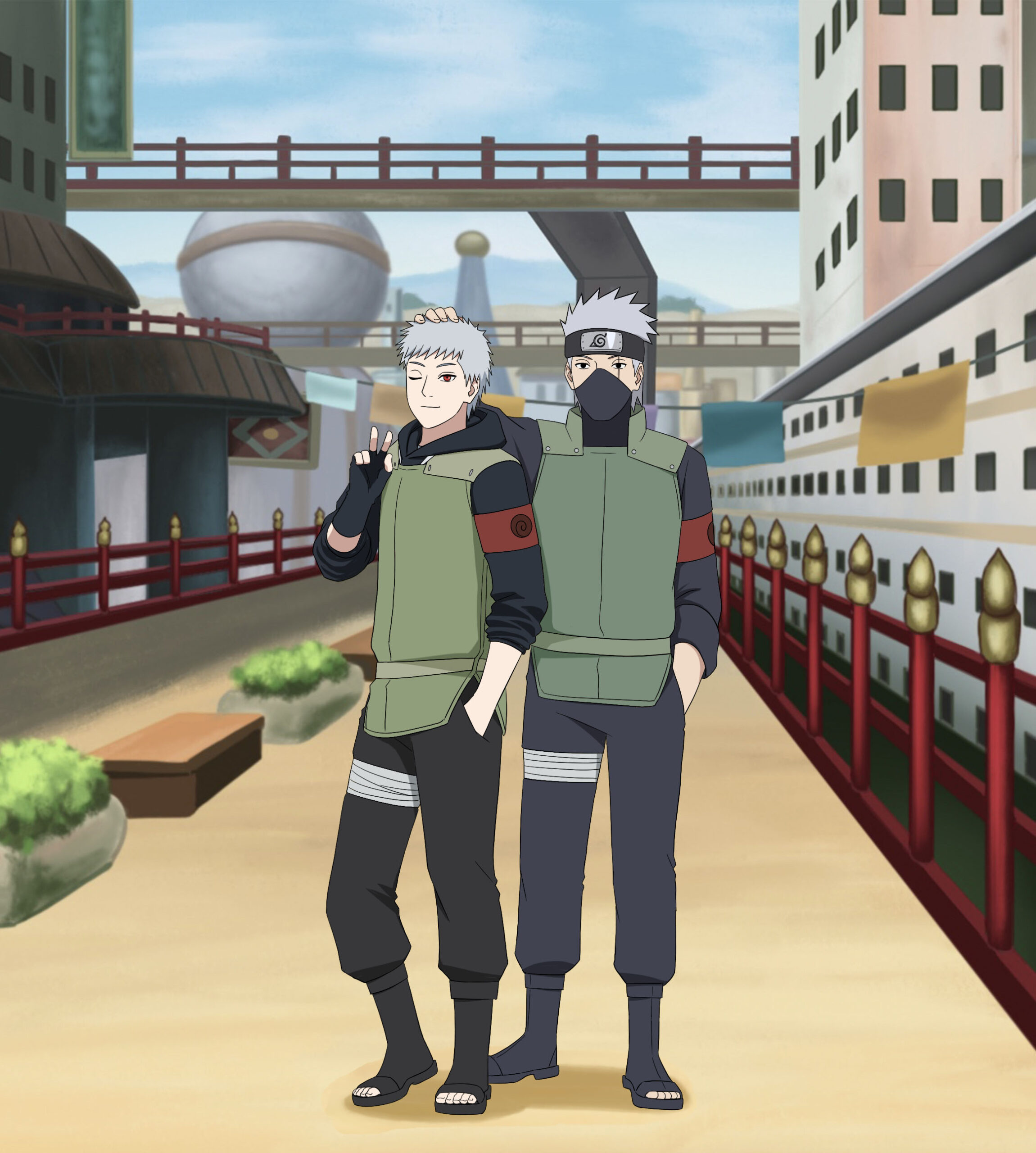