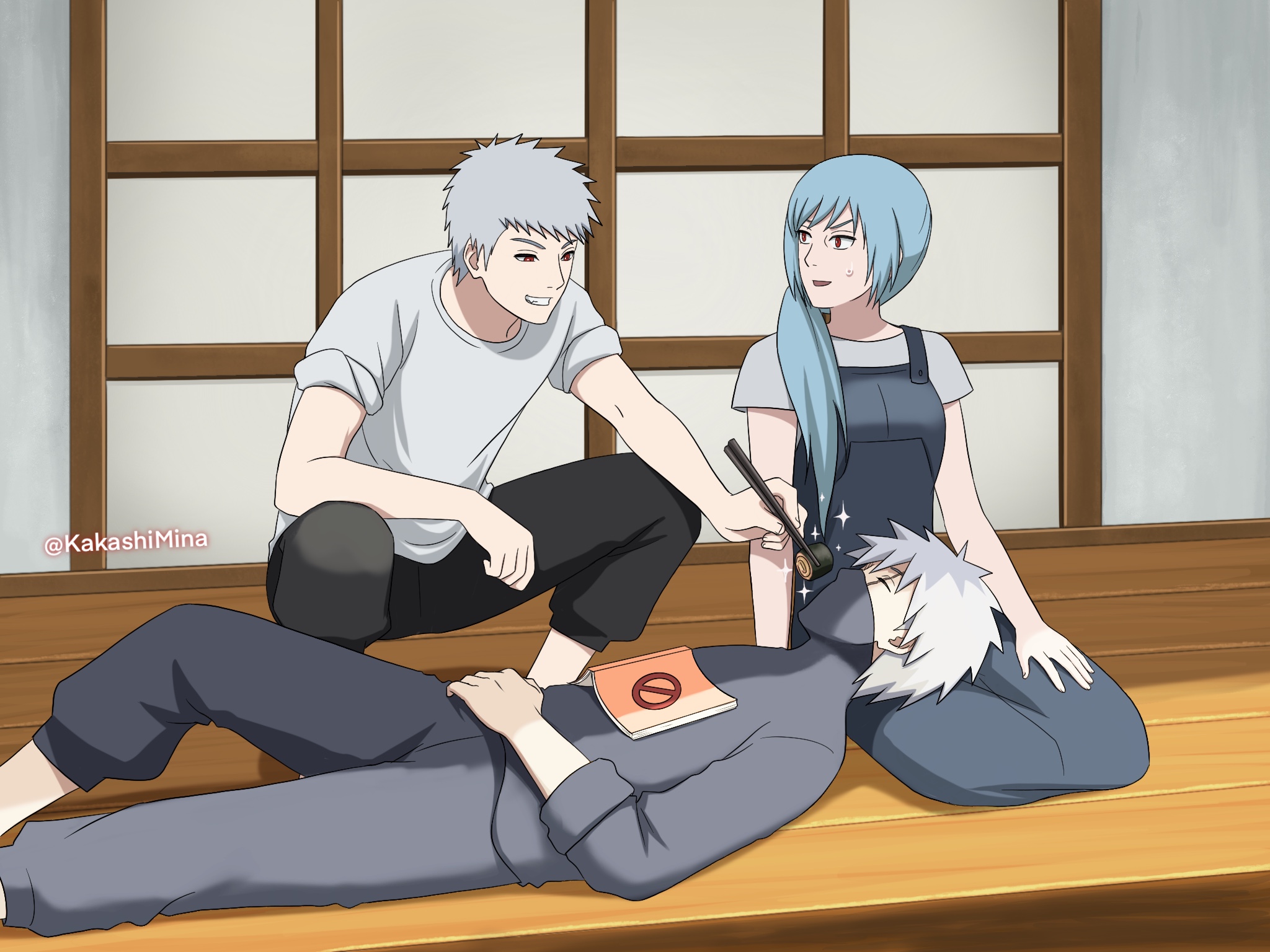 Mina: Yay! Today, we’ll have food from our beloved son. Ken-chan’s cook is the best.

Ken: Couldn’t help it. It’s my right thing for you. 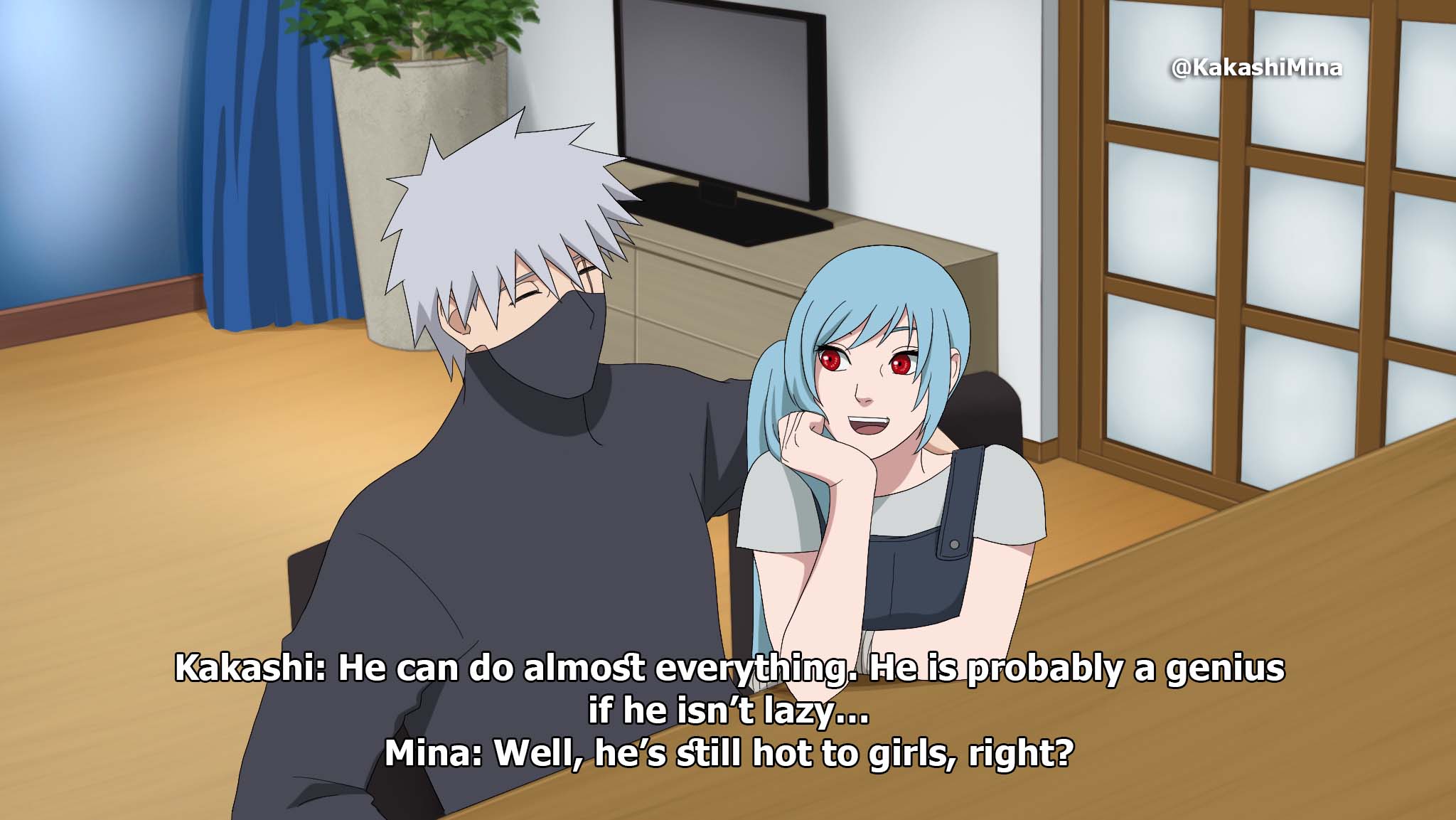 Kakashi: He can do almost everything. He is probably a genius if he isn’t lazy… 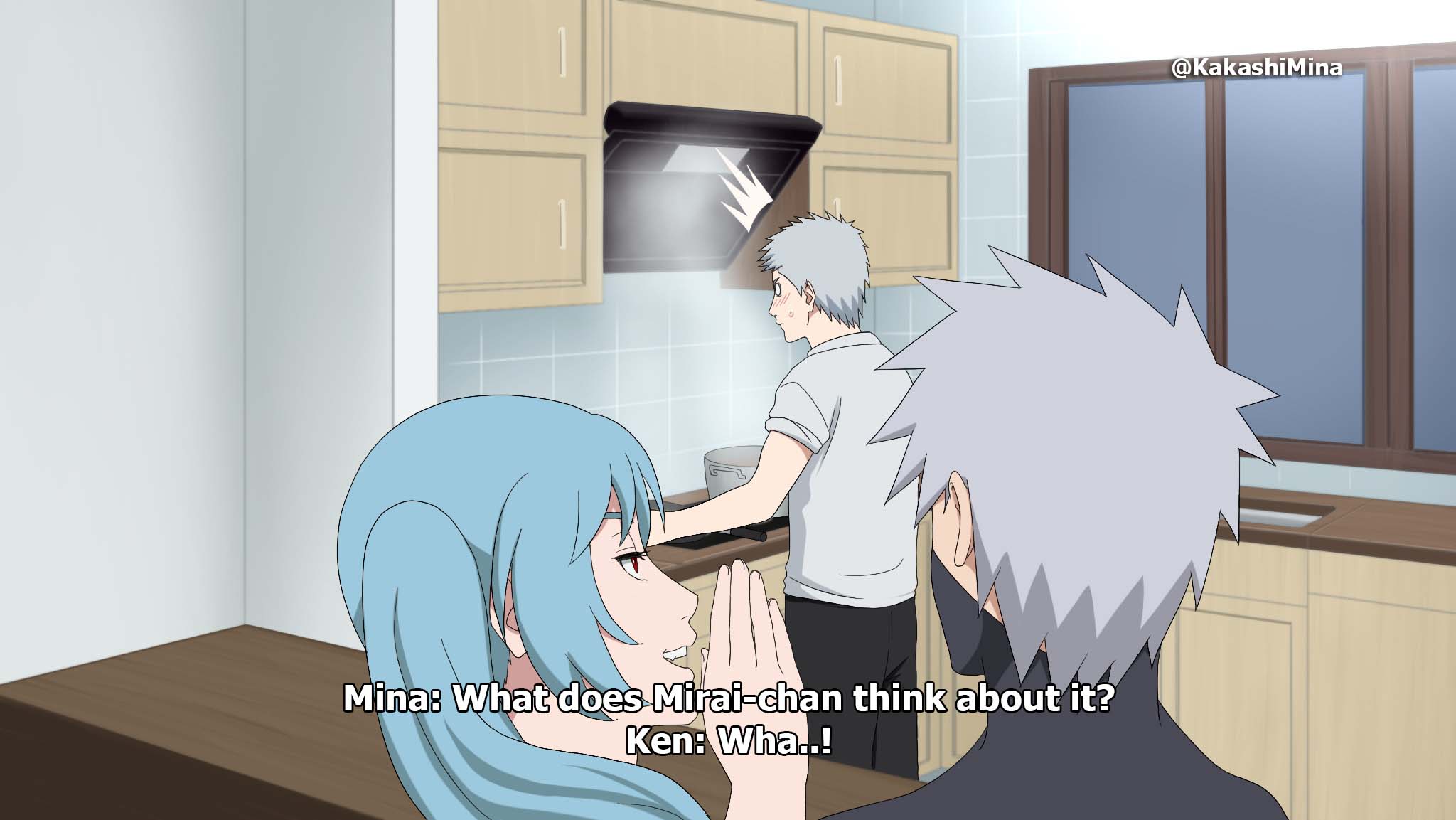 Mina: What does Mirai-chan think about it? 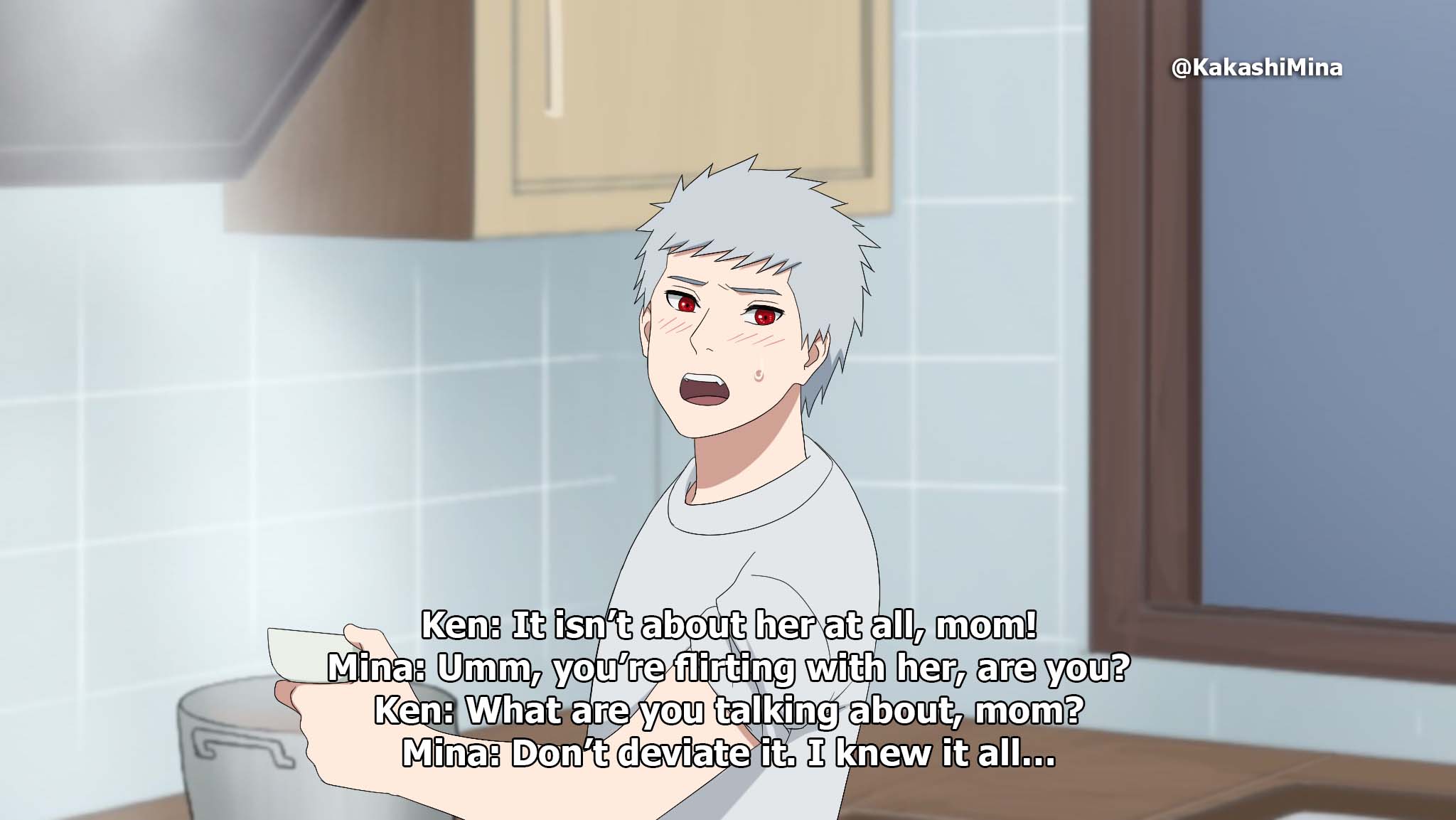 Mina: Umm, you’re flirting with her, are you?

Ken: What are you talking about, mom?

Mina: Don’t deviate it. I knew it all… 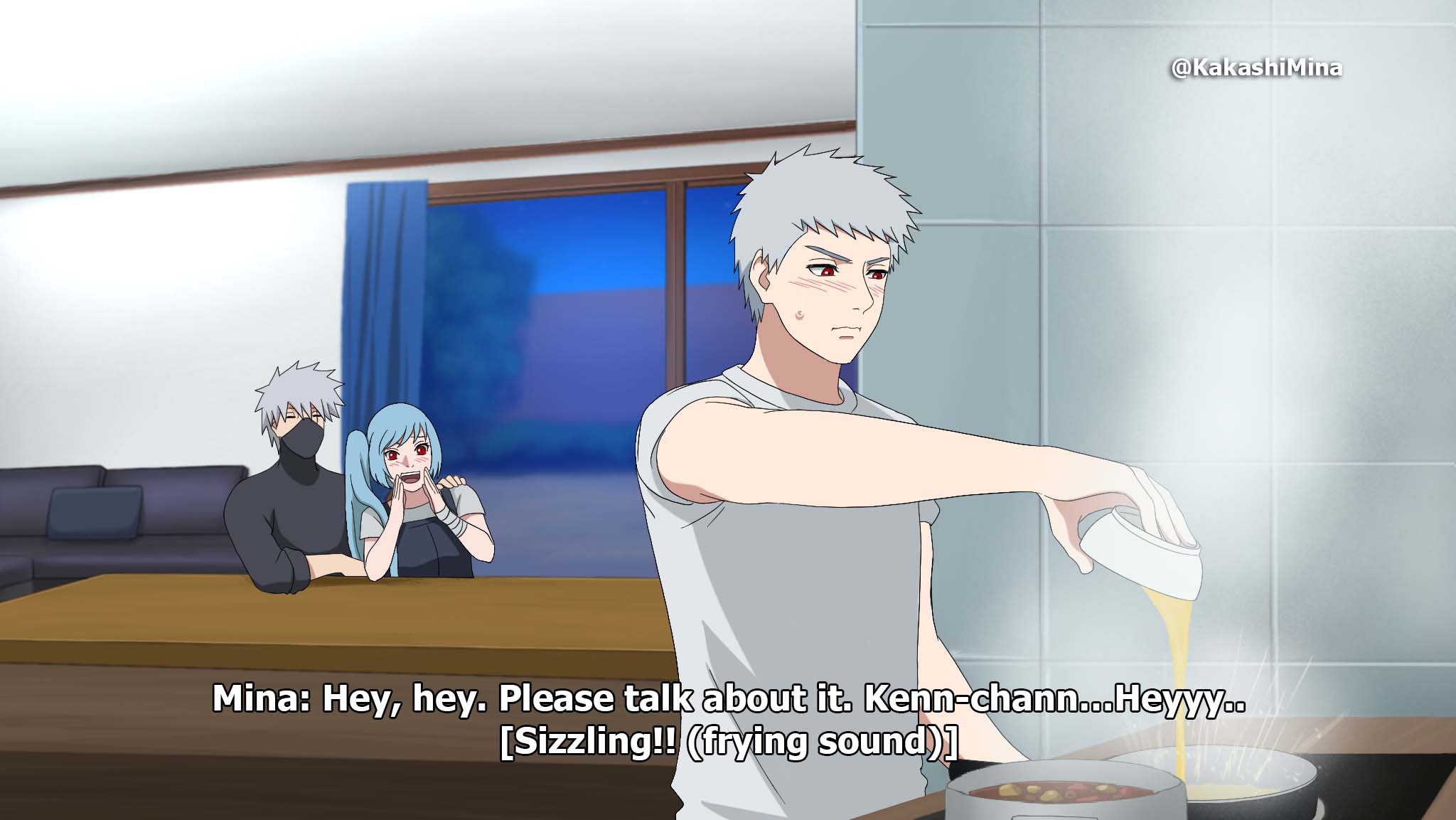 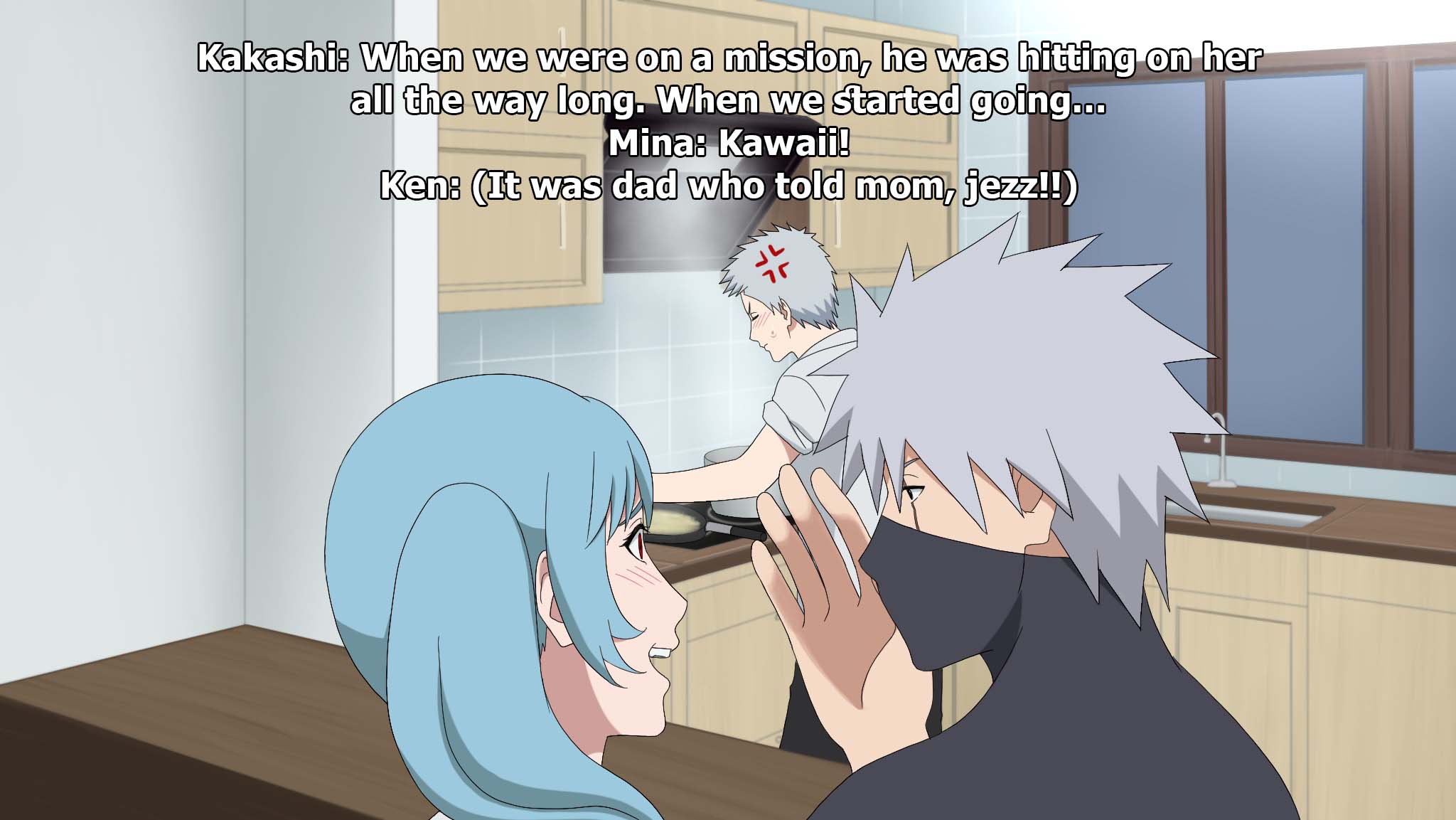 Kakashi: When we were on a mission, he was hitting on her all the way long. When we started going… 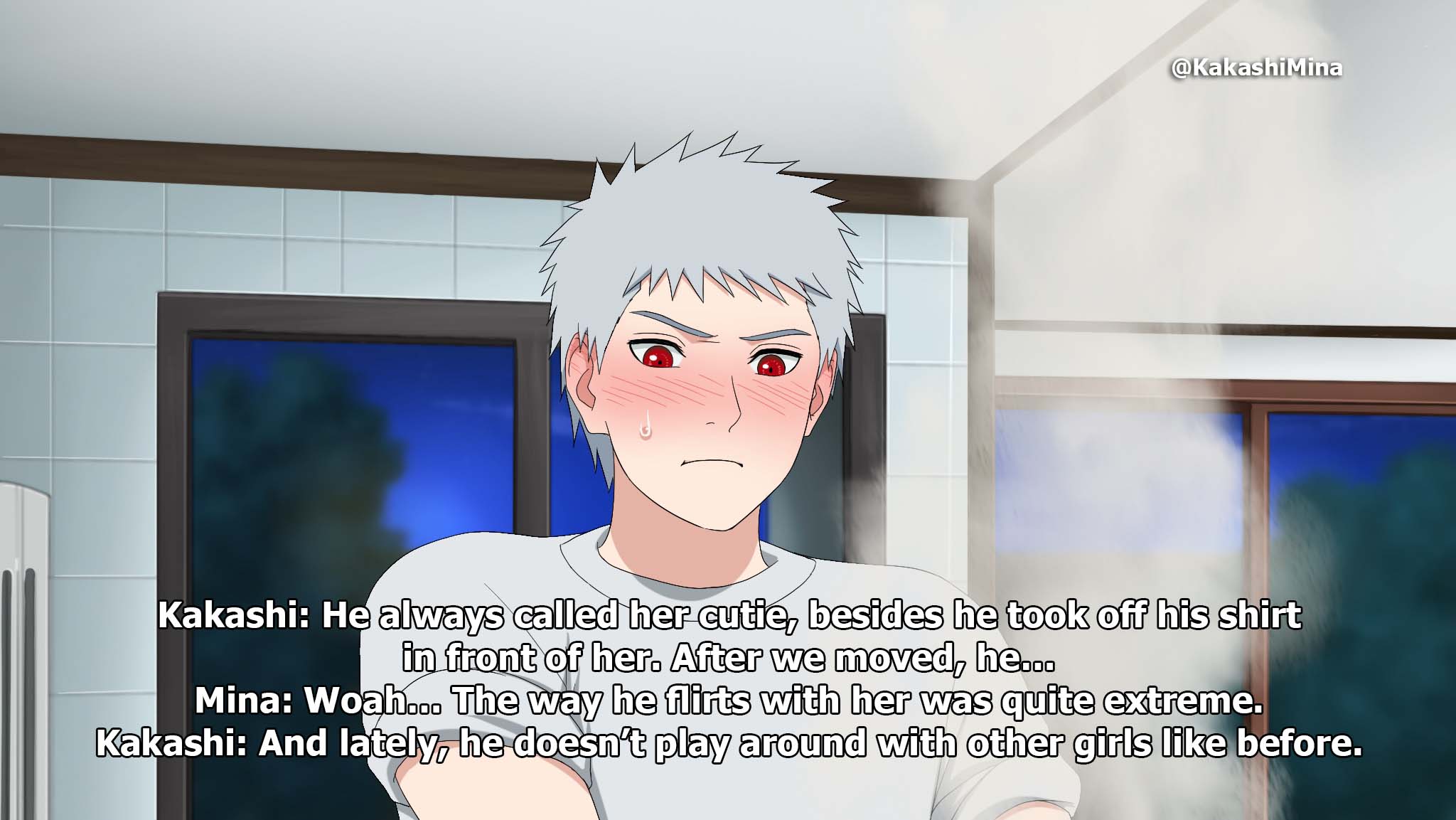 Kakashi: He always called her cutie, besides he took off his shirt in front of her. After we moved, he…

Mina: Woah… The way he flirts with her was quite extreme.

Kakashi: And lately, he doesn’t play around with other girls like before. 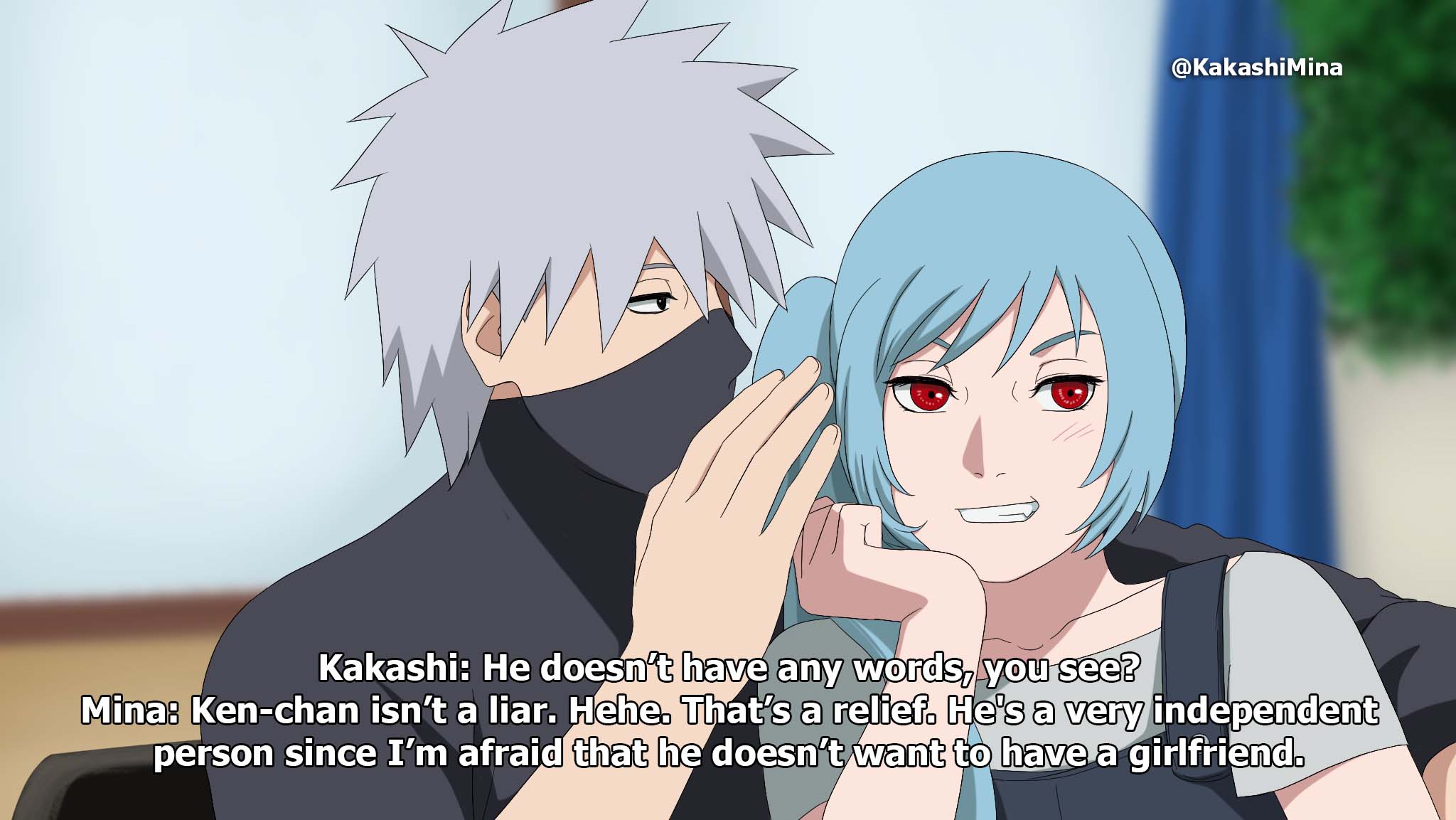 Kakashi: He doesn’t have any words, you see?

Mina: Ken-chan isn’t a liar. Hehe. That’s a relief. He’s a very independent person since I’m afraid that he doesn’t want to have a girlfriend. 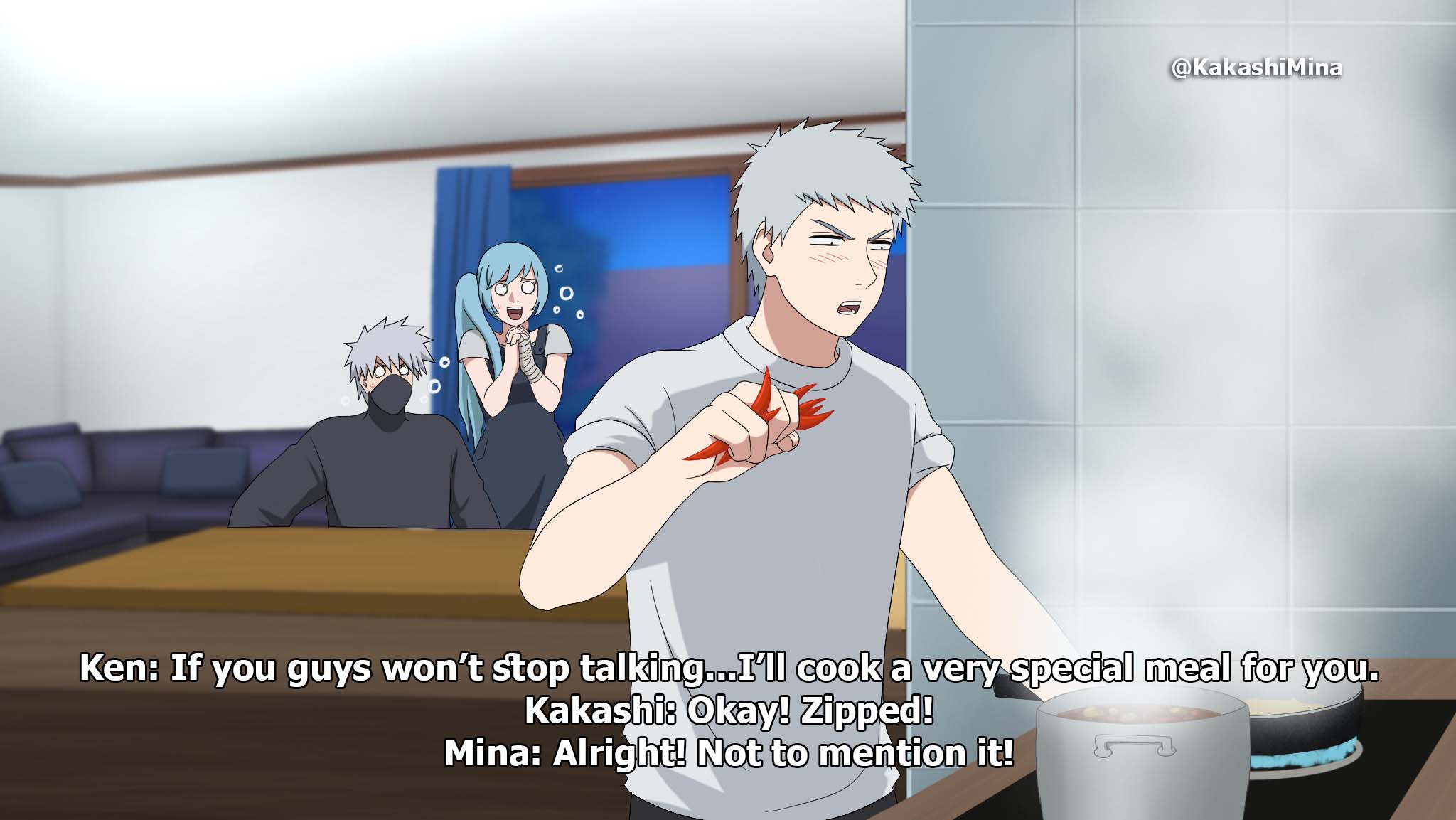 Ken: If you guys won’t stop talking…I’ll cook a very special meal for you.

Mina: Alright! Not to mention it! 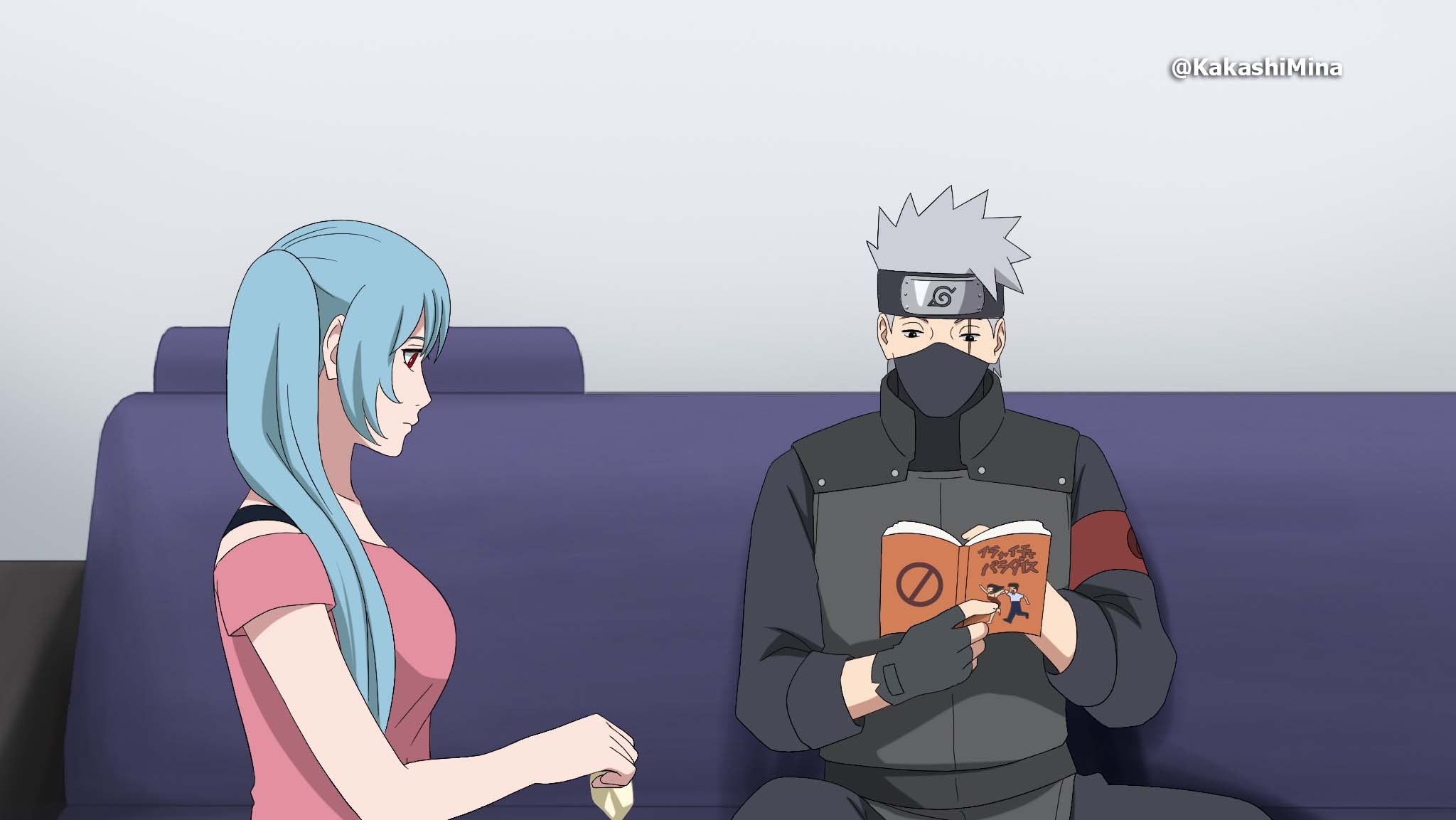 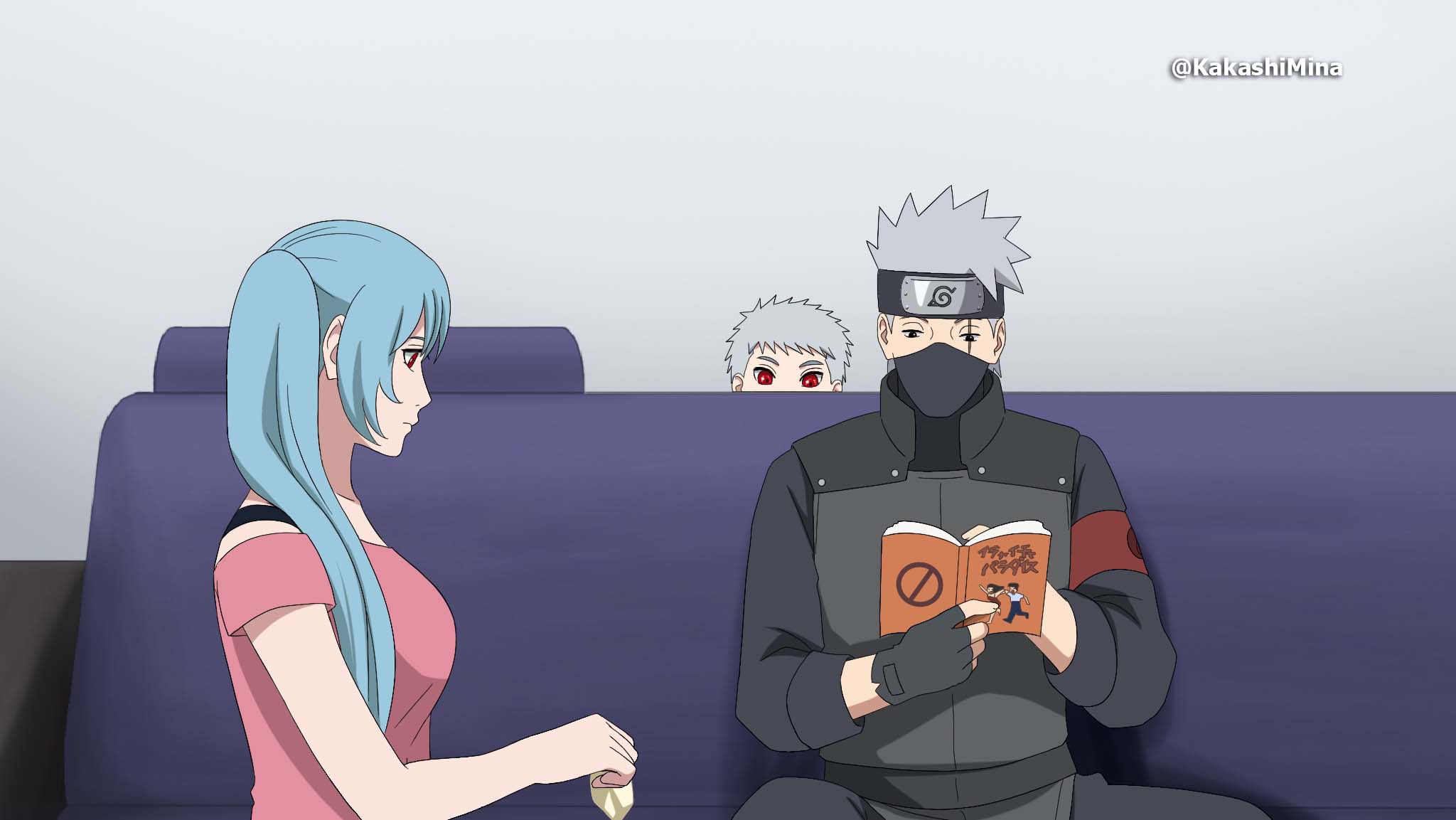 Kakashi: Ah! This kid sneakily reads it again. You knew that he wasn’t able to read. Why is he very curious? 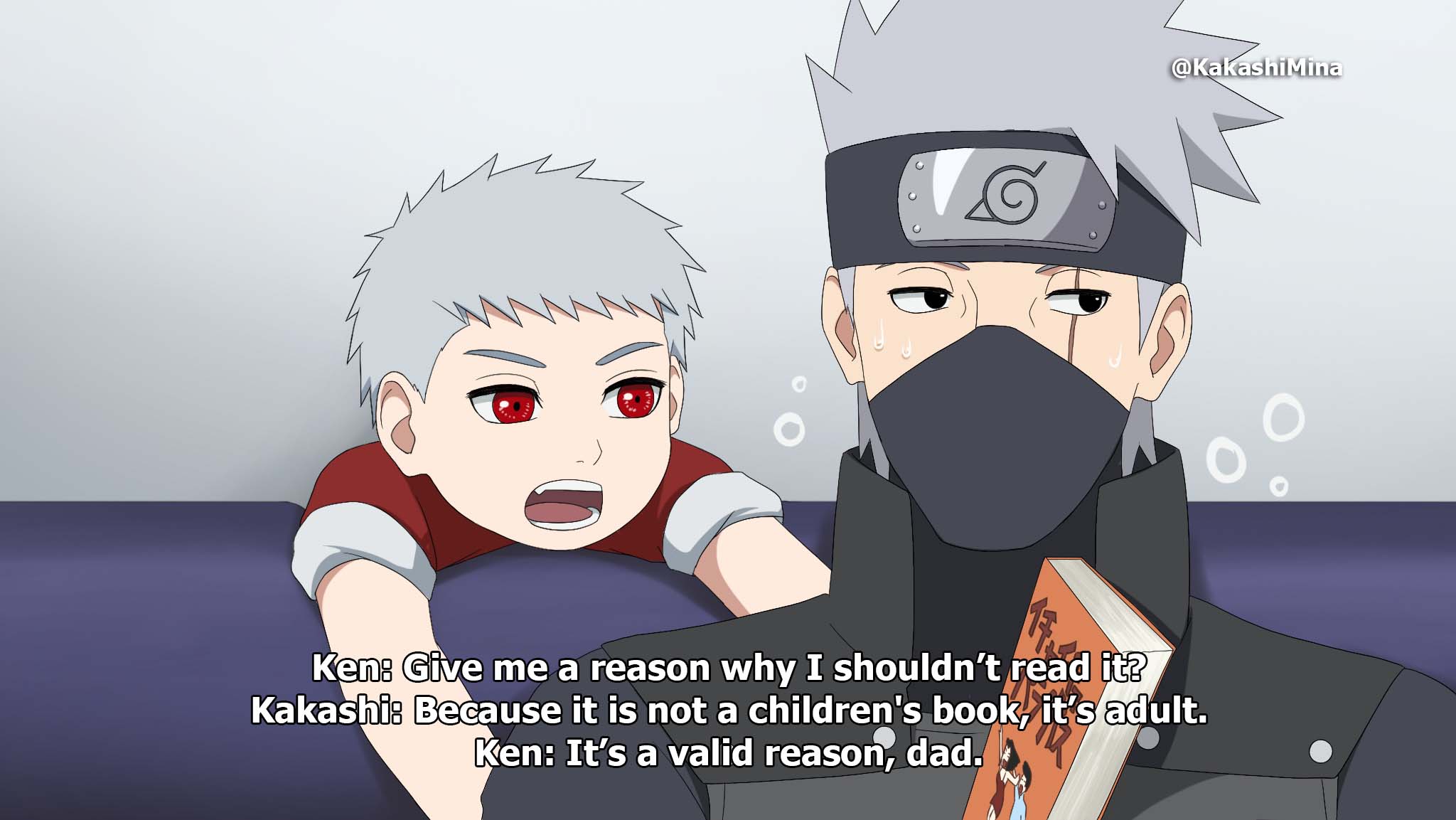 Ken: Give me a reason why I shouldn’t read it?

Kakashi: Because it is not a children’s book, it’s adult.

Ken: Why would you prevent me from reading?

Kakashi: B…because the stories are for adults.

Ken: Then what is it about that adults story?

Ken: Why do you have to be circuitous like this, dad? What is the book really about? Why can’t kids read it?

Mina: Hey.. I’m out of this. Who else wants to argue with this super curious boy. 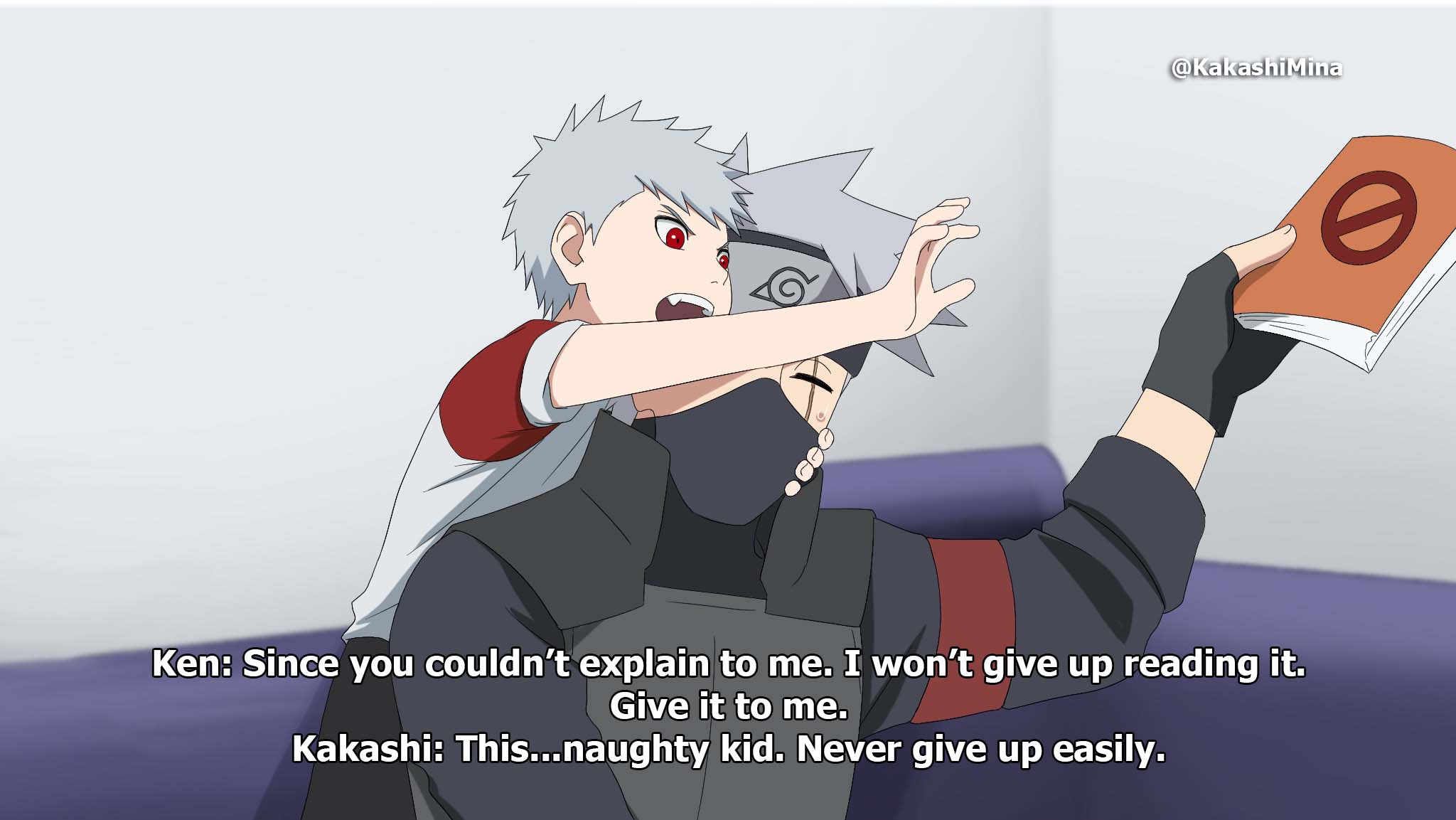 Ken: Since you couldn’t explain to me. I won’t give up reading it. Give it to me. 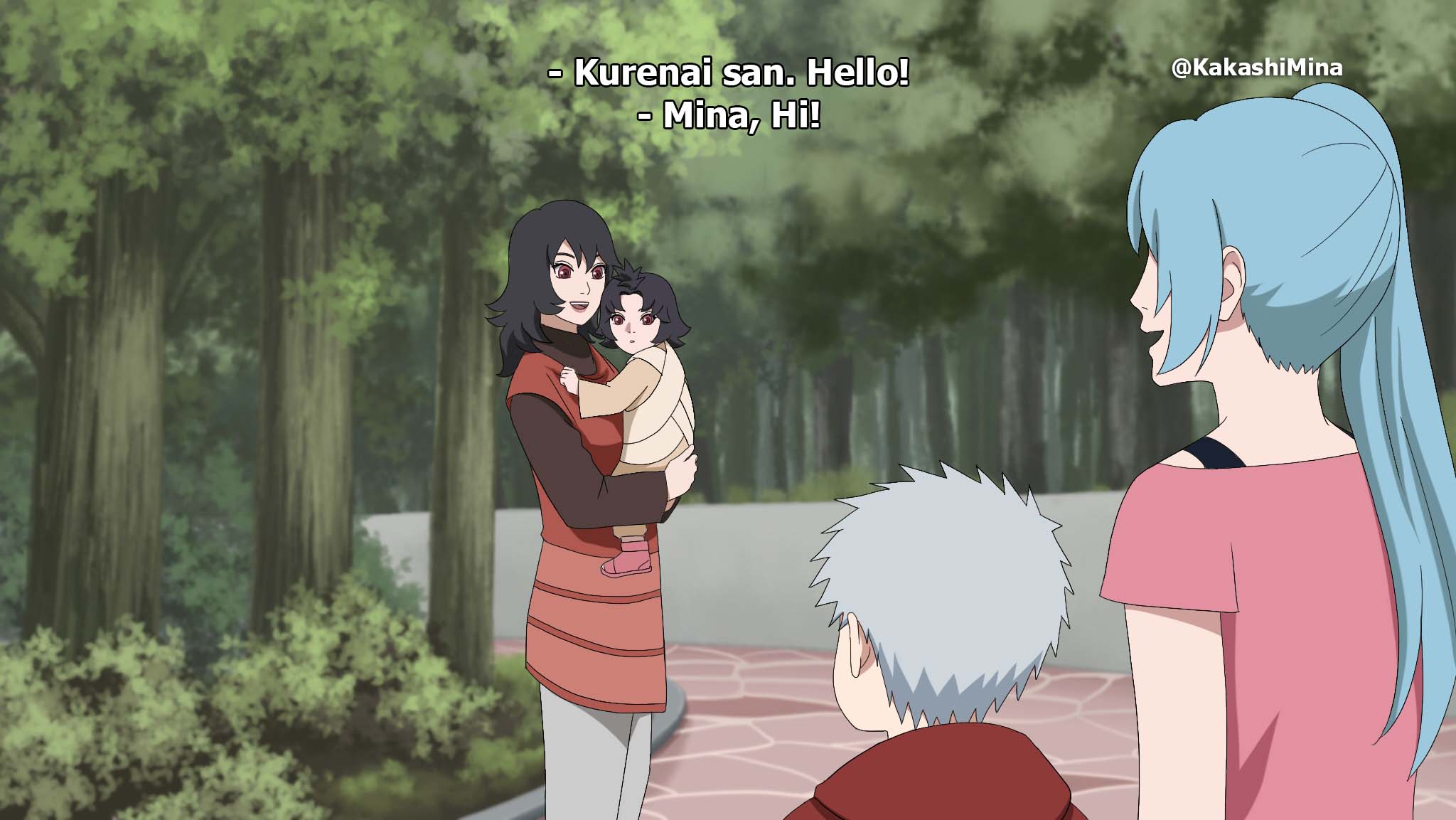 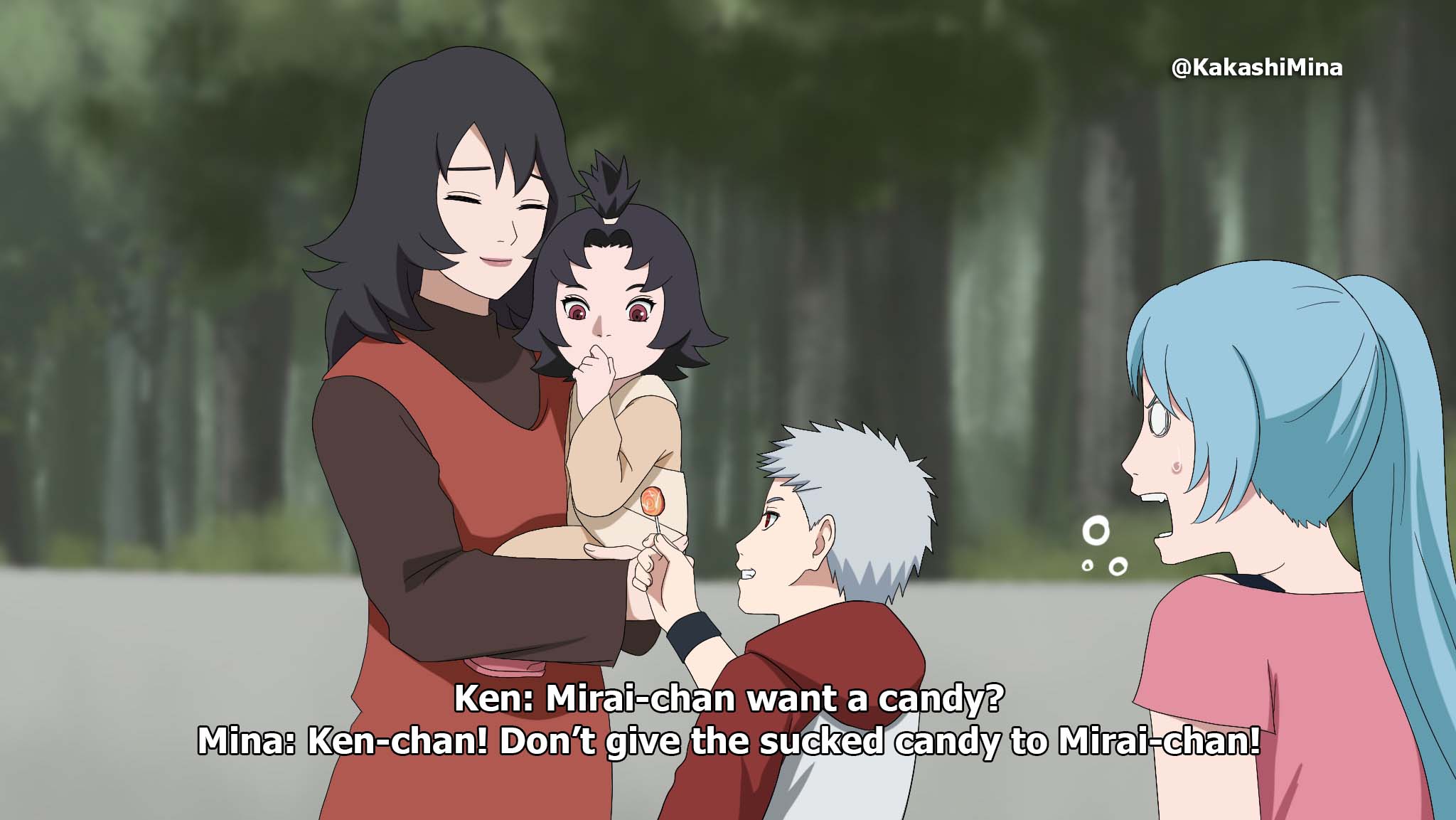 Mina: Ken-chan! Don’t give the sucked candy to Mirai-chan! 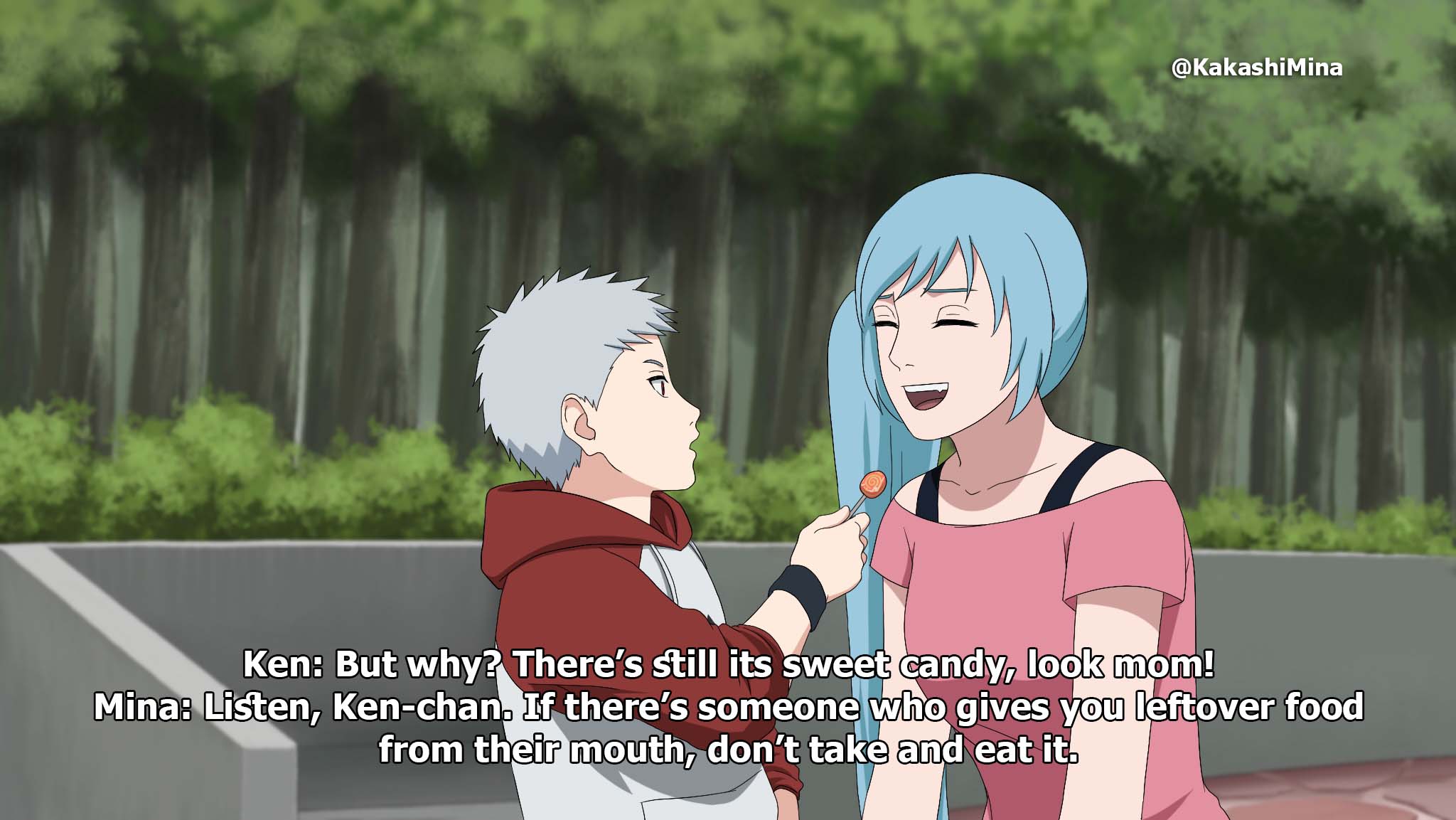 Ken: But why? There’s still its sweet candy, look mom!

Mina: Listen, Ken-chan. If there’s someone who gives you leftover food from their mouth, don’t take and eat it. 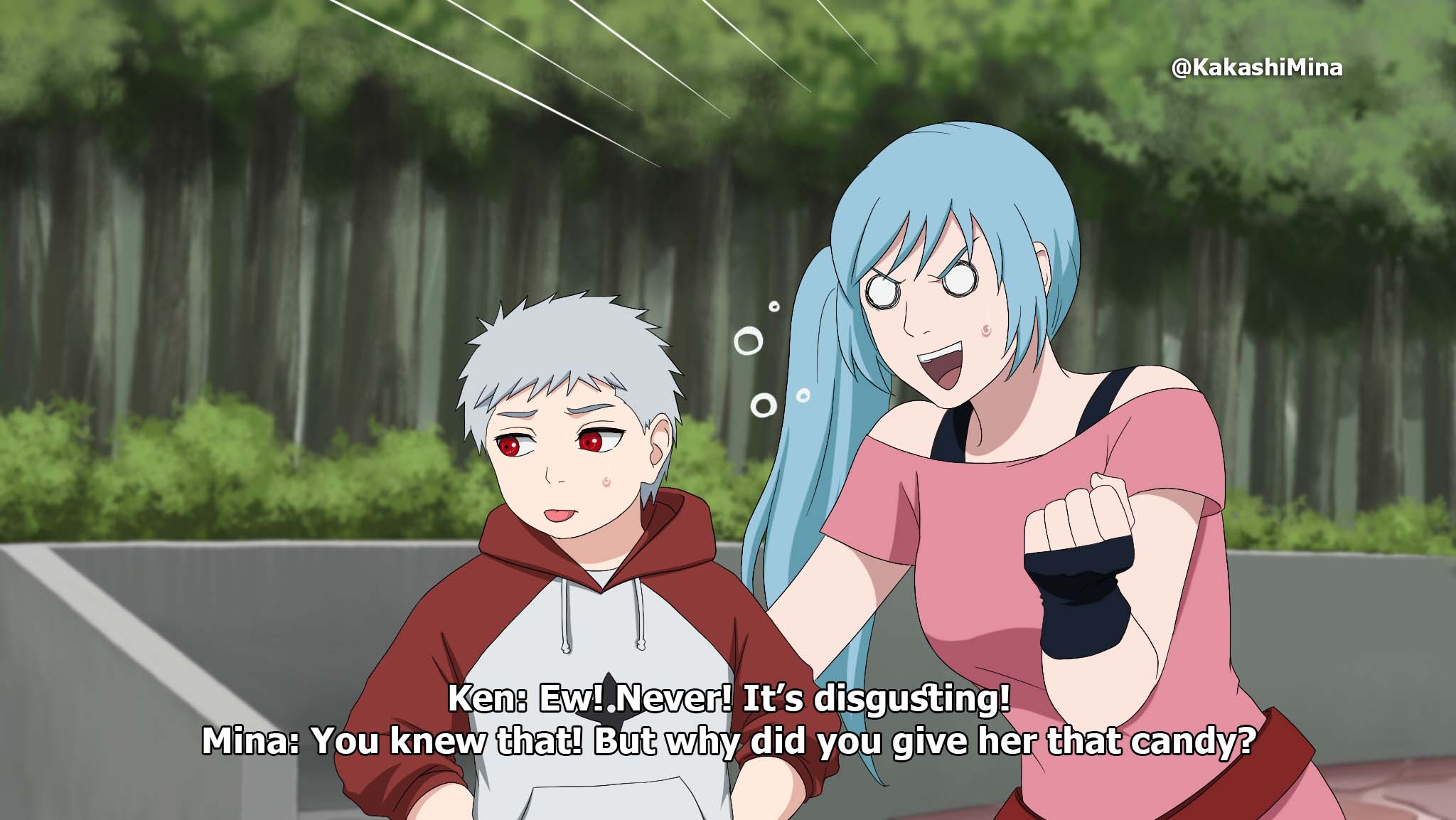 Mina: You knew that! But why did you give her that candy?

Ken: Because I’m not scruffy.

Mina: You’re too overconfident! This boy!

Kurenai: You guys… As expected of mother and son.

I adore your artwork <3 And I LOVE Mina! One day I wish to commission you!

This is so cute! I love your art!